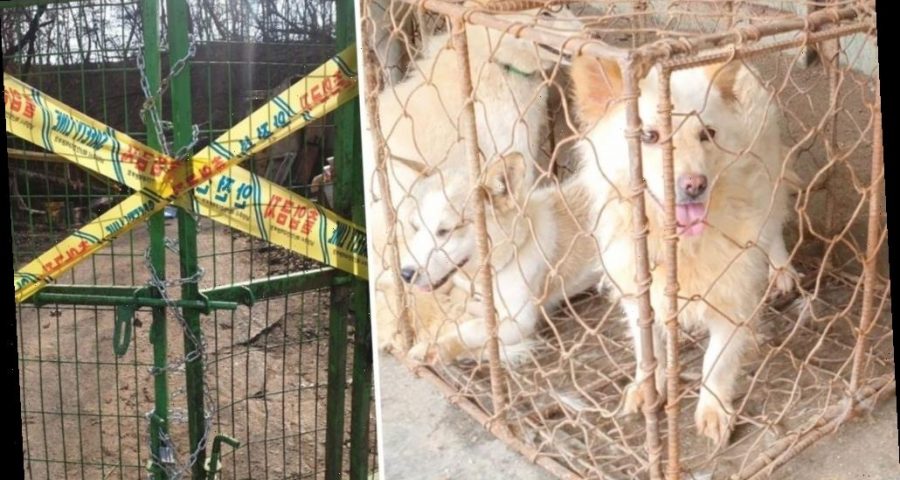 Animal advocates are celebrating the Nakwon Auction House's closure. The Namyangju, South Korea dog meat auction house was one of the largest in the country.

According to a release from Lady Freethinker, the auction house closed following a 2020 investigation made by the animal welfare nonprofit. During their summer investigation into the auction house, Lady Freethinker "captured footage and images of captive dogs kept and sold at Nakwon Auction House, finding more than 200 dogs being held in metal crates and cages. The investigation found 60 numbered cages, each containing three to four dogs," the organization release reads.

With assistance from their South Korean rescue partner Save Korean Dogs, Lady Freethinker presented their investigation's findings to Namyangju's Mayor Cho Kwang-han, along with a petition demanding the closure of the auction house with over 46,000 signatures.

Following this, Mayor Cho investigated the auction house in March 2021, and the facility was closed after the mayor's team reviewed its illegal dog meat farm and auction.

All of the dogs found at the auction house at the time of its closure have been removed from the facility and are now receiving medical care. The owner of the auction house has "voluntarily reported the business's closure to the government," per the release.

"We applaud Mayor Cho for his decisive action, which sends a strong international message that dog meat farming must become a thing of the past," Nina Jackel, founder and president of Lady Freethinker, said in a statement. "Lady Freethinker's investigation of Nakwon Auction House found terrified dogs cowering in cramped, dirty cages while workers jabbed them with metal hooks. Breeding and farming dogs for meat causes enormous and unnecessary animal suffering, as the majority of Koreans do not eat dog meat." This closure is part of a larger effort to end the dog meat trade in Namyangju by Mayor Cho and Lady Freethinker. Together, the two have been working with relevant city departments to take action against illegal activities connected to the dog meat trade.

While the dog meat trade remains legal in South Korea, the auction house was closed down because of "constructing an unlawful structure and changing its usage without a permit," Lady Freethinker added in their release.

The nonprofit hopes that closures like this will eventually lead to the larger actions necessary to ban the dog meat trade from South Korea, especially when polls show that consumer demand for dog meat is steadily declining in the country.