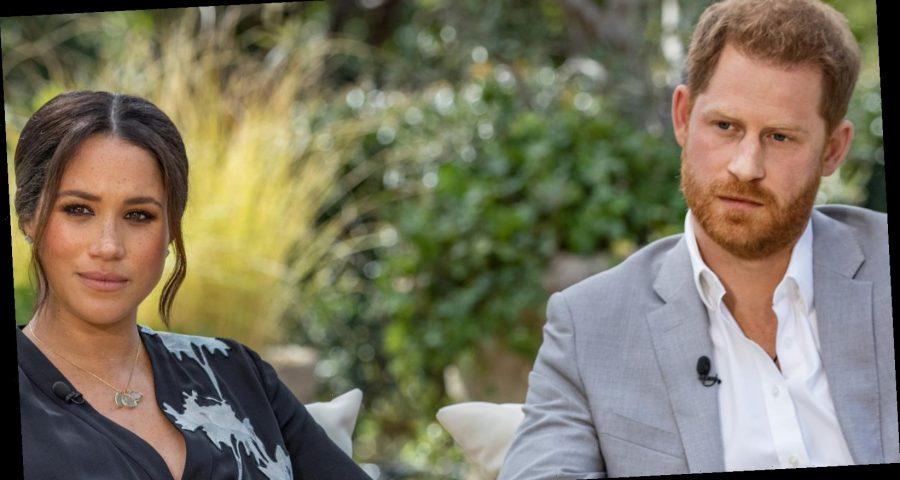 One of the many bombshells that Prince Harry and Meghan Markle dropped during their no-holds barred interview with Oprah Winfrey involved a comment made about the color of Archie’s skin. Meghan said that “concerns and conversations about how dark his skin might be when he’s born” had actually been raised with Harry, but both she and her husband refused to say just who might have made the remarks. When pressed, Harry would only say, “That conversation, I am never going to share. But at the time, it was awkward. I was a bit shocked” (via The Cut).

Turns out Harry did have more to say on the subject, and when Oprah spoke to CBS This Morning, she admitted she knew that part of the interview had set off what she called “a big guessing game around the world” about just who might have made the inappropriate remarks. Oprah told CBS, who aired the interview the night before, that “He [Harry] did not share the identity (of the person) with me, but he wanted to make sure that I knew — and if I had an opportunity to share it — that it was not his grandmother nor his grandfather that were a part of those conversations. He did not tell me who were a part of those conversations. As you can see I tried to get that answer on camera and off” (via The Daily Beast).

There was speculation Prince Philip was behind the comments

Before Oprah revealed Harry’s comments on CBS This Morning, rumors had been flying about just who it was that had made the off-the-cuff remarks, and suspicion fell on Prince Philip, the Duke of Edinburgh and Prince Harry’s grandfather, who has been known to make regrettable comments in the past. Some of his more cringeworthy remarks include one made to British students during a visit to China in 1986, where he said, “If you stay here much longer you’ll all be slitty-eyed.” When asked whether he wanted to touch a koala in Australia in 1992, Prince Philip said, “Oh no, I might catch some ghastly disease.” And during a 2013 NHS tour, he told a nurse from the Philippines that “The Philippines must be half empty as you’re all here running the NHS” (via BBC).

Piers Morgan, a longtime critic of Harry and Meghan, has gone after the couple for refusing to say who it was. “It’s odd though, because you were comfortable with sharing everything else in that interview,” Morgan says. “You are prepared to let that bombshell lie completely answered so we’re left to think it could be anyone of the Royal Family that was apparently racist about the skin colour of your child” (via The Sun).

Oprah’s statement that the comment was made by neither Queen Elizabeth II nor Prince Philip did little to quiet social media speculation over the person who made the remark. One social media user tweeted, “Harry and Meghan do zoom calls with Philip so he can talk with Archie. It’s William. There is a video of William being asked if he’s happy to have a new nephew and he replied I already have a nephew — talking about Pippa Middleton’s son. It’s why Harry needs SPACE from him.”  While one Twitter user called out Prince Andrew, a few others pointed the finger at Prince Charles, Harry’s father, who Harry admitted during the interview that he had felt let down by, A social media user tweeted that it might be “Charles, [because] why else would Harry and Charles not be speaking to one another?”

Then there was the added conspiracy offered up by one social media user who chose to disregard Oprah’s reveal, tweeting, “I still think it was Phillip [sic] and Harry is covering for him. We will never know. Charles was very supportive in the beginning offering to walk her down the aisle, didn’t have to do that, and William is very progressive.”