It wouldn’t be Beverly Hills, 90210 without some drama — and that’s exactly what’s happening behind the scenes on BH90210, the reboot set to hit Fox later this summer.

Following the news that showrunner Patrick Sean Smith as well as several senior writers quit the six-episode series, a source close to the project tells Us Weekly that those involved in the original have been worried about the reboot since day one.

“The reboot alienated many of the writers and producers that made the original show a hit. Many of those people found out about the show by reading about it online,” an insider tells Us. The source adds that the network “wasn’t allotting enough money” to make the series worthwhile. 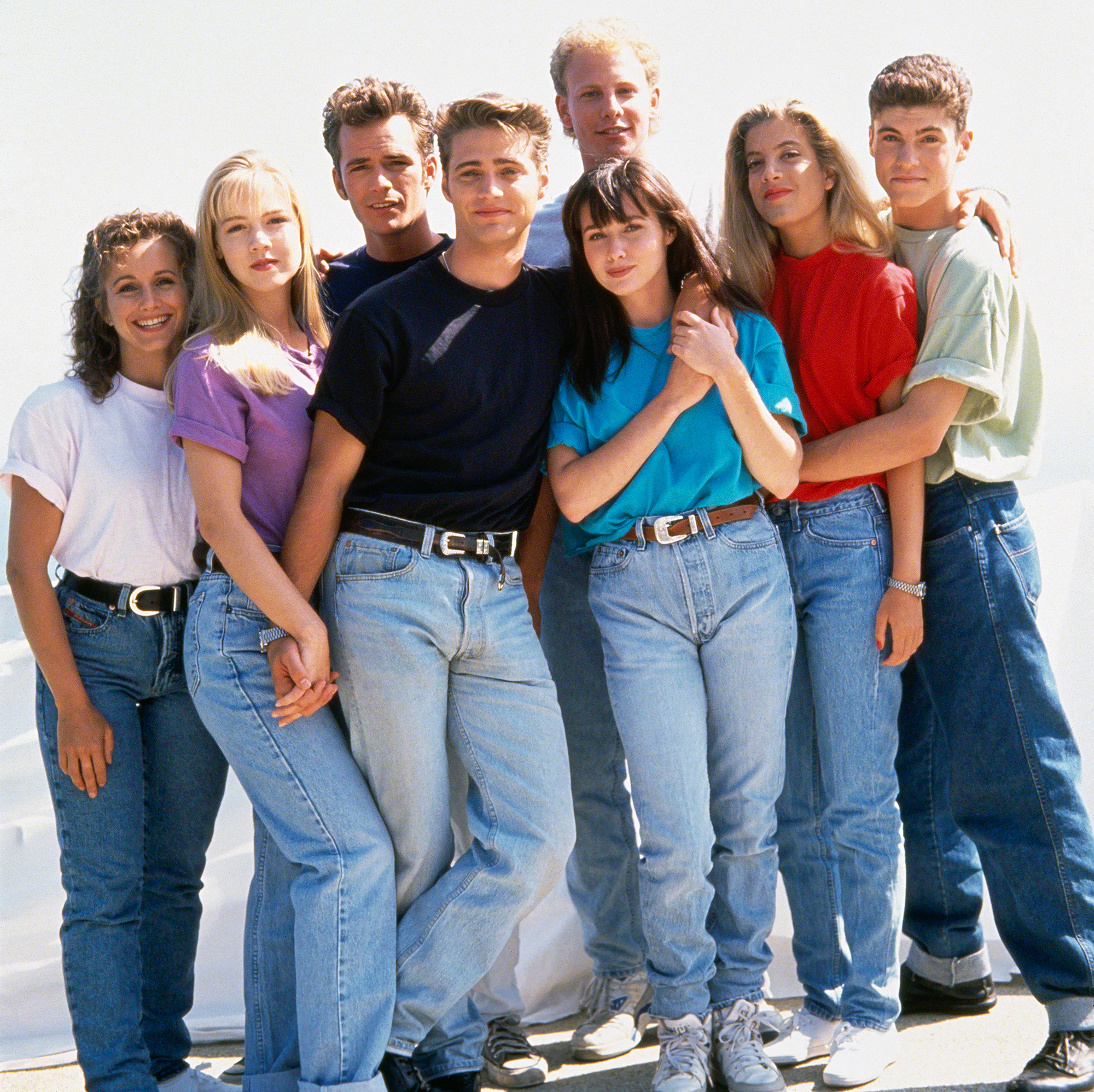 However, another source notes that Fox is “100 percent supportive” of the new series. Paul Sciarrotta, who has taken over as showrunner with creators and coshowrunners Chris Alberghini and Mike Chessler, has an overall deal with CBS Television Studios and has been part of the show’s staff from the start. He “is bringing in a strong focus and vision for the show” and “everything is moving along well.”

The six-episode series will not be a straight reboot; original cast members Jason Priestley, Shannen Doherty, Jennie Garth, Ian Ziering, Gabrielle Carteris, Brian Austin Green and Tori Spelling are all set to return for the series, playing heightened versions of themselves instead of their characters. During the series, the cast will reunite 19 years after their hit show ended and one of them will bring up the idea to reboot the show.

Fans are excited — to say the least; the trailer debuted at Upfronts on Monday, May 13, and became the most-viewed trailer among all new seres for the 2019-20 season, reaching 18.4 million cross platform views.

On May 9, Carteris opened up about the reboot with Us at the Bentonville Film Festival.

“We haven’t started shooting yet! I just today, received our first script,” she told Us at the time. “I was laughing so that’s good. It’s really wild. We shot our promos for the first time last week, everybody together. … I felt the memories of what it was like to be on the show in the beginning so, I’m excited.”

The actress, who played Andrea Zuckerman in the hit teen drama, also said that it kind of feels like “a high school reunion” having the group back together. “All I can say is, you will be very surprised about me.”