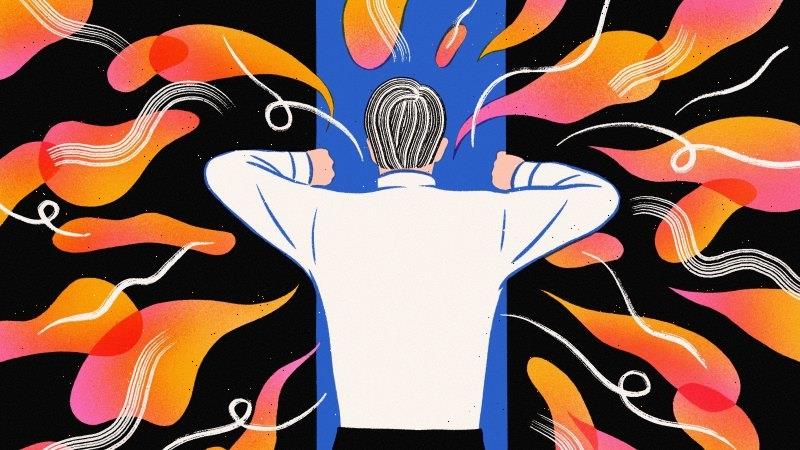 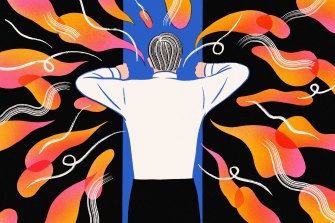 Johann Hari: I recoiled from it all and as I recoiled, I allowed myself to start changing my mind, tentatively, step by step.Credit:Nhung Le

I am 43, and the most important thing I have changed my mind about as I have grown older is how I think about changing my mind itself. I used to see it as a humiliation. When I was in my early 20s in Britain, I became (slightly absurdly) a newspaper columnist. The job remit is to pronounce on the world with strident certainty – to declare that you know precisely what is wrong, and how to put it right. I took to it with a brittle enthusiasm. I had grown up in a violent environment where I learned early that you had to be aggressive and never back down – that vulnerability meant danger. I had stumbled out of that environment punch-drunk and punching.

Like everyone in their early 20s (or indeed any age), lots of the things I confidently predicted should happen in the world were wrong-headed. When people pointed this out, I would almost always double down and find a way to persuade myself that I had been right all along. But then something strange happened. Social media was born a few years after I got the job, and suddenly, everyone started pronouncing with great confidence on complex questions and doubling down when they were challenged. It was like everyone I knew became a newspaper columnist overnight. As I saw more and more people developing the same mental stance as me, I felt uncomfortable. I would say to them – but you’re missing the nuance. And as everyone shouted more and more, the world started to look increasingly like the environment where I had grown up, one where humiliation and veiled violence were everyday tools.

The time I changed my mind…

I recoiled from it all and as I recoiled, I allowed myself to start changing my mind, tentatively, step by step. As I began to do this, something remarkable happened to me, one of the greatest experiences of my life, in fact. The best way to explain it, I think, is to tell you about two people who came into my life because I could move beyond my rigid thinking. When I was 23, to my shame, I supported the war in Iraq. A group named Medialens sent some of my pro-war articles to Noam Chomsky, the most important intellectual on the left in the world (then and now). He wrote an article for them that took apart my logic with the cool scalpel of facts, in a devastatingly compelling way. At the time, I was incensed. But as the next few years passed, I noticed that everything Chomsky had said would happen came to pass, and everything I had predicted didn’t. I wondered how he got it so right – both morally, and empirically – and I began to read a lot of his work. I integrated many of his insights into the reporting I did from places including Dubai and Gaza. I sent him my articles along with thanks for putting me right, and he suggested we meet up. As the years passed, we became friends. 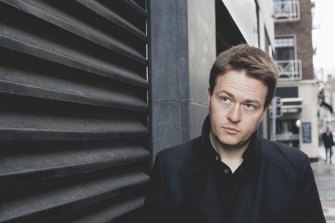 I became fascinated by Noam as a person. I wanted to know: how did he become the human being who had these extraordinary insights, in both politics and linguistics? I saw that it came, of course, from his staggering intellect, but even more, I think, from his compassion. I began – with his permission – to write a biography of him, and I have interviewed more than 300 people about him so far, from Colombia to Israel to Australia. I’m still working on it – I’ll probably be older than Noam is now by the time I finish, and he’s 93 – but learning about his inspiring life has changed my own, in more ways than I can describe.

Here’s another example. I grew up with addiction in my family, and I wrote a book named Chasing the Scream that argued for ending the war on drugs and moving toward compassionate policies. A few years after it came out, I was contacted by somebody I would never have pictured as one of my readers. I’m a left-wing gay atheist, while Christina Dent is an evangelical Christian Republican living in Mississippi. Christina is passionately pro-life, and she believes that if you’re going to say women have to carry their babies to term, then you have to then help the children – so she fosters lots of kids. As a result, she got to know lots of mothers with addiction problems. She started to ask: why didn’t somebody help these women, so it didn’t get to the point where their kids were taken away by the care system? She started to read about addiction including my book. She wanted to know what she could do to stop this ongoing tragedy.

I went to see Christina. I think we were both nervous, because of our obvious differences. I quickly saw her sincerity and incredible decency. I told her we really needed her in this fight, that she could speak to the group most resistant to change on this issue and persuade them. In the following months, she set up a group named End It For Good, which is fighting to end the drug war in Mississippi, and it’s having an incredible effect there, changing the politics of the state on one of its most important issues. Christina and I have become great friends.

I learned from Noam and Christina (and so many other people) that the pleasures of connecting with people are so much greater than the pleasures of condemning people. Our omnipresent culture of screaming at each other is making us dumber and crueller and more depressed. There is a better way waiting for us. Changing your mind isn’t a humiliation – it’s a gift. When you approach the world with an open heart, you will begin to welcome into your life people who will transform you and you have no idea, in advance, who those people will be. They’re waiting for you, whenever you are ready to set aside your ego and open your mind.

She is a guest of the Sydney Writers’ Festival, whose theme this year is Change My Mind. The event runs from May 16 to 22.

To read more from Spectrum, visit our page here.