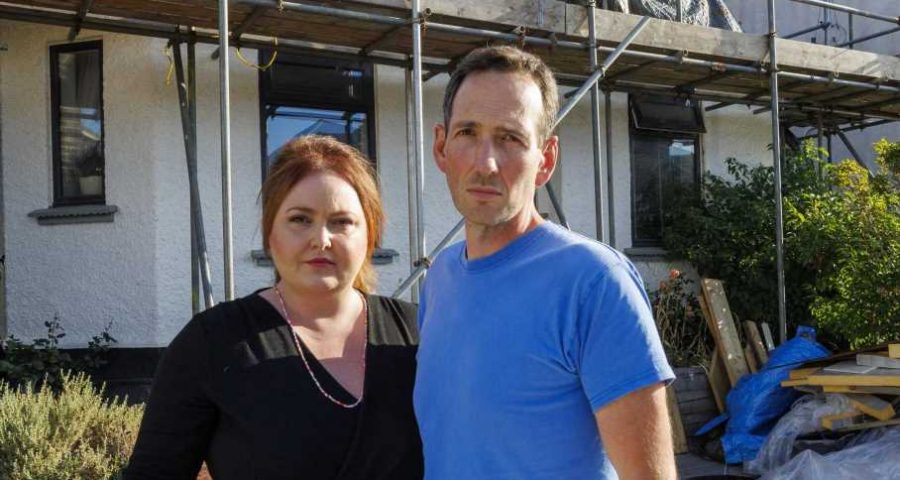 A COUPLE claim they have been left with no roof after a builder abandoned their £71,000 loft conversion halfway through.

Dan Phipps says the home he shares with wife Kim has looked like a "bomb site" for the last five months thanks to the unfinished work. 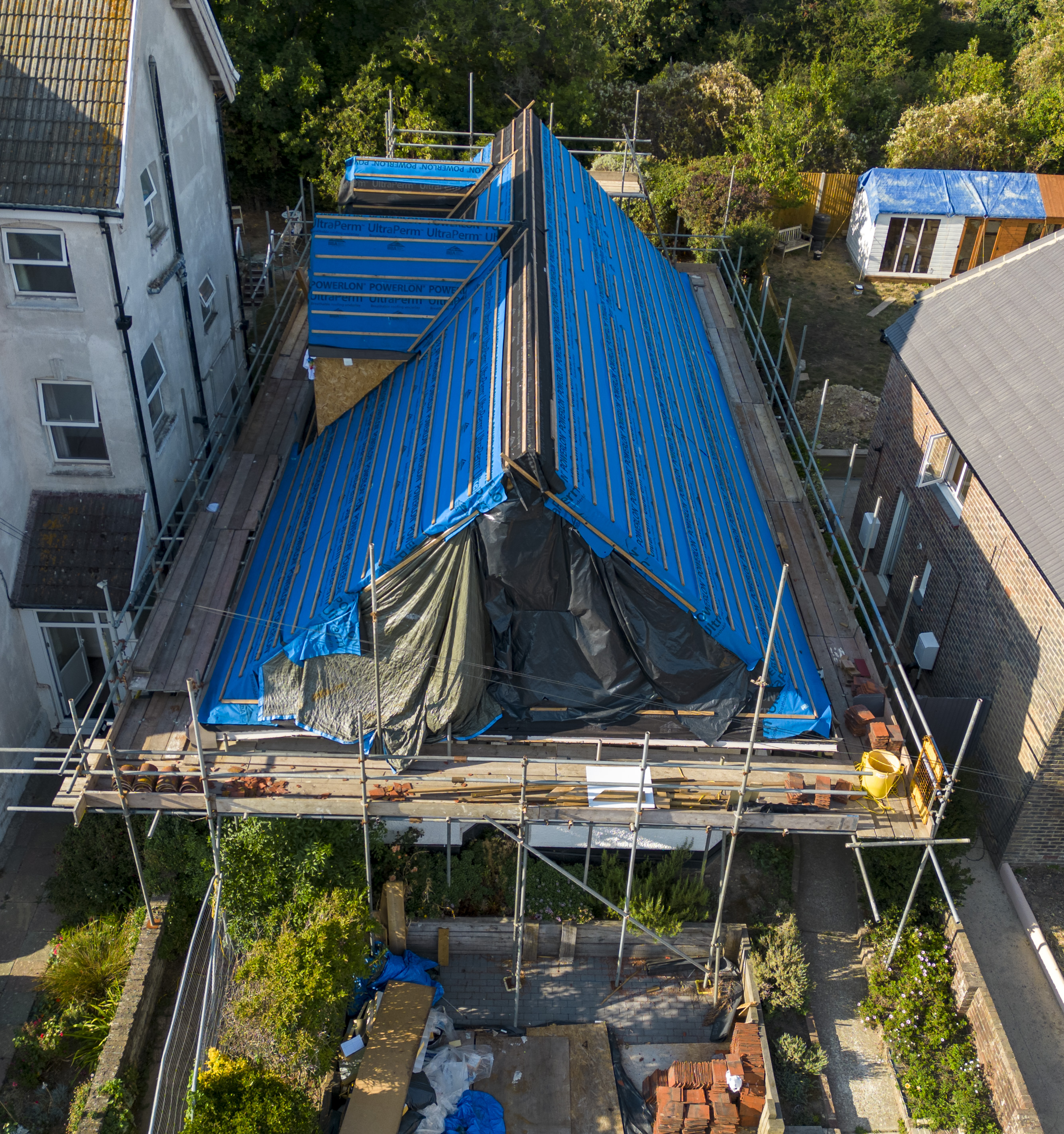 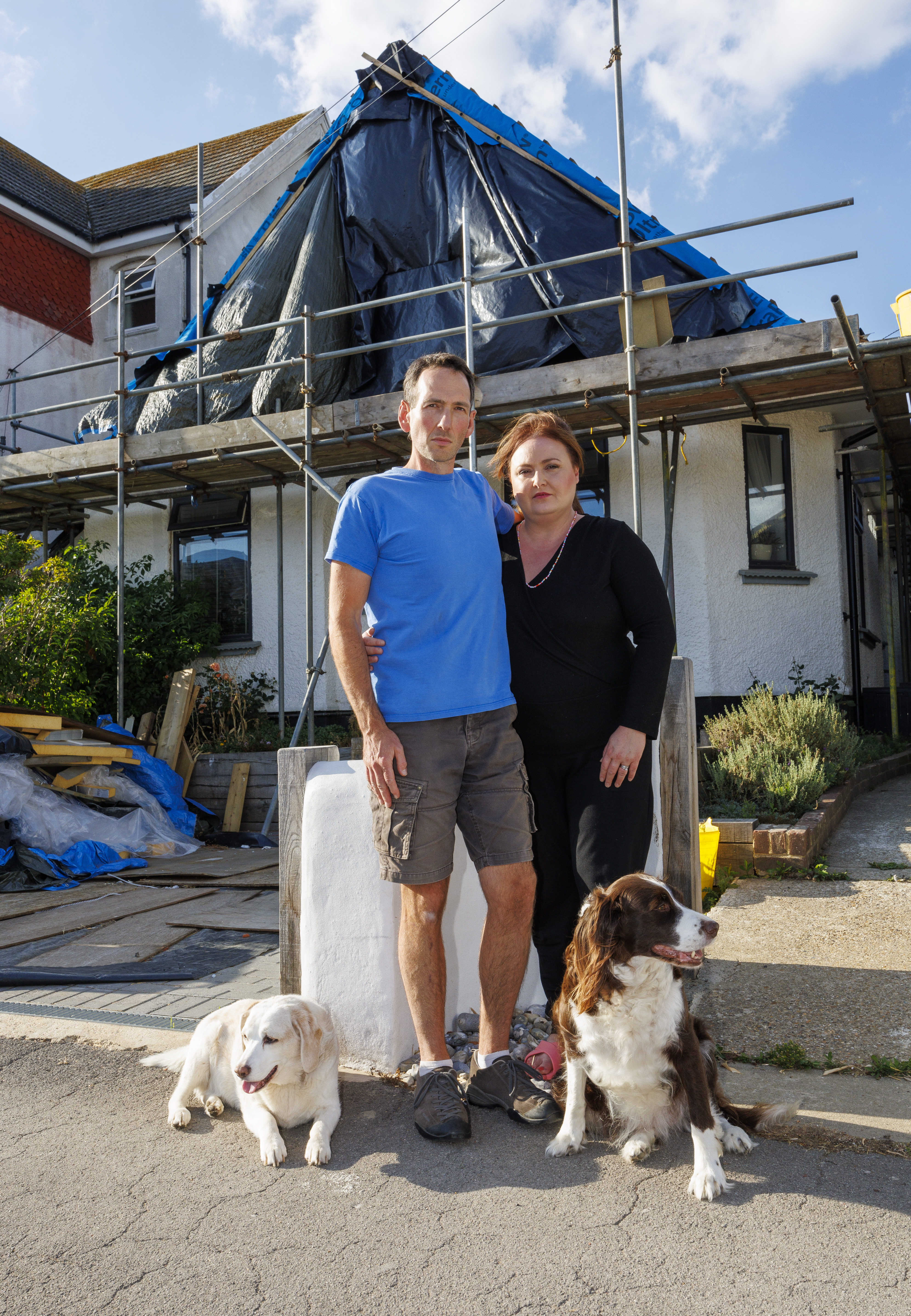 The pair hired MH Developments Limited to add an extra floor to their bungalow in Bexhill-on-Sea, East Sussex.

They hoped the extra space would help Dan expand his dog grooming business, and allow his elderly dad to move in comfortably after he fell down the stairs at his retirement complex last year.

Dan and Kim were quoted £71,000 for the job and they paid most of this in advance, but after stripping the coastal property of its roof tiles and insulation, the workmen allegedly did a runner.

Dan says he has been trying to get them to come back and finish the job, or refund him, ever since. 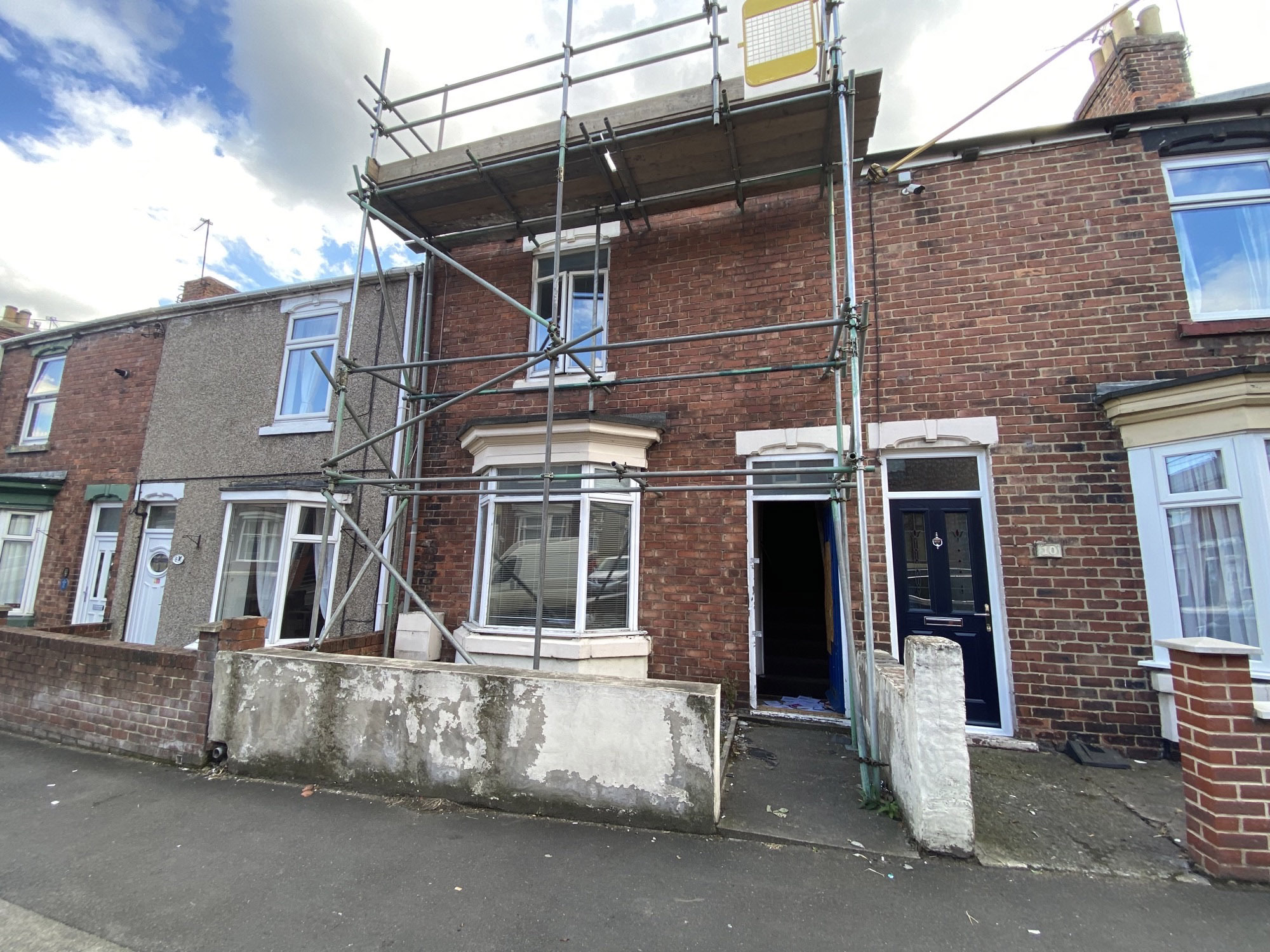 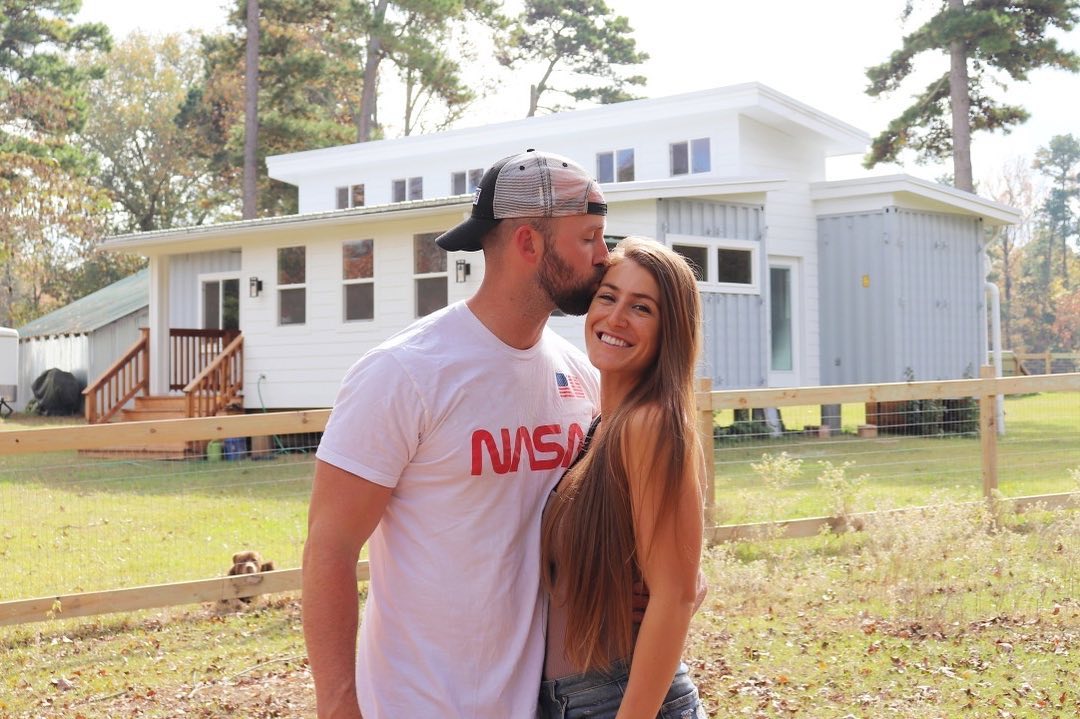 The firm acknowledged that work had stopped but refused to comment further.

Dan said: "They took the roof off in March and we’ve been without one ever since. The stress has been unbelievable.

"The house is in a shocking state. It’s like a bomb site.

"My wife and I have been solid together, but it’s been a test of our relationship."

Dan said being more than £67k down would be horrendous for anyone, but their situation is made 10 times worse as their leader builder came recommended by his sister's pal of 20 years.

The entire family have now fallen out with him over the "nightmare".

"I was told he was wonderful, lovely guy who went to her wedding, so I didn't do much research on him," Dan said.

"My sister is beside herself with guilt."

Dan said everything seemed OK when he and Kim signed the contract and payment schedule at the start of the year.

But their suspicions grew when they noticed certain items were missing, and even more so when they received a text two weeks into the project saying the builder was going on holiday for seven nights.

"Some prior notice would have been nice," Dan said.

"It ended up being a two-week break for his brother’s wedding in Jamaica, so not exactly a last minute thing." 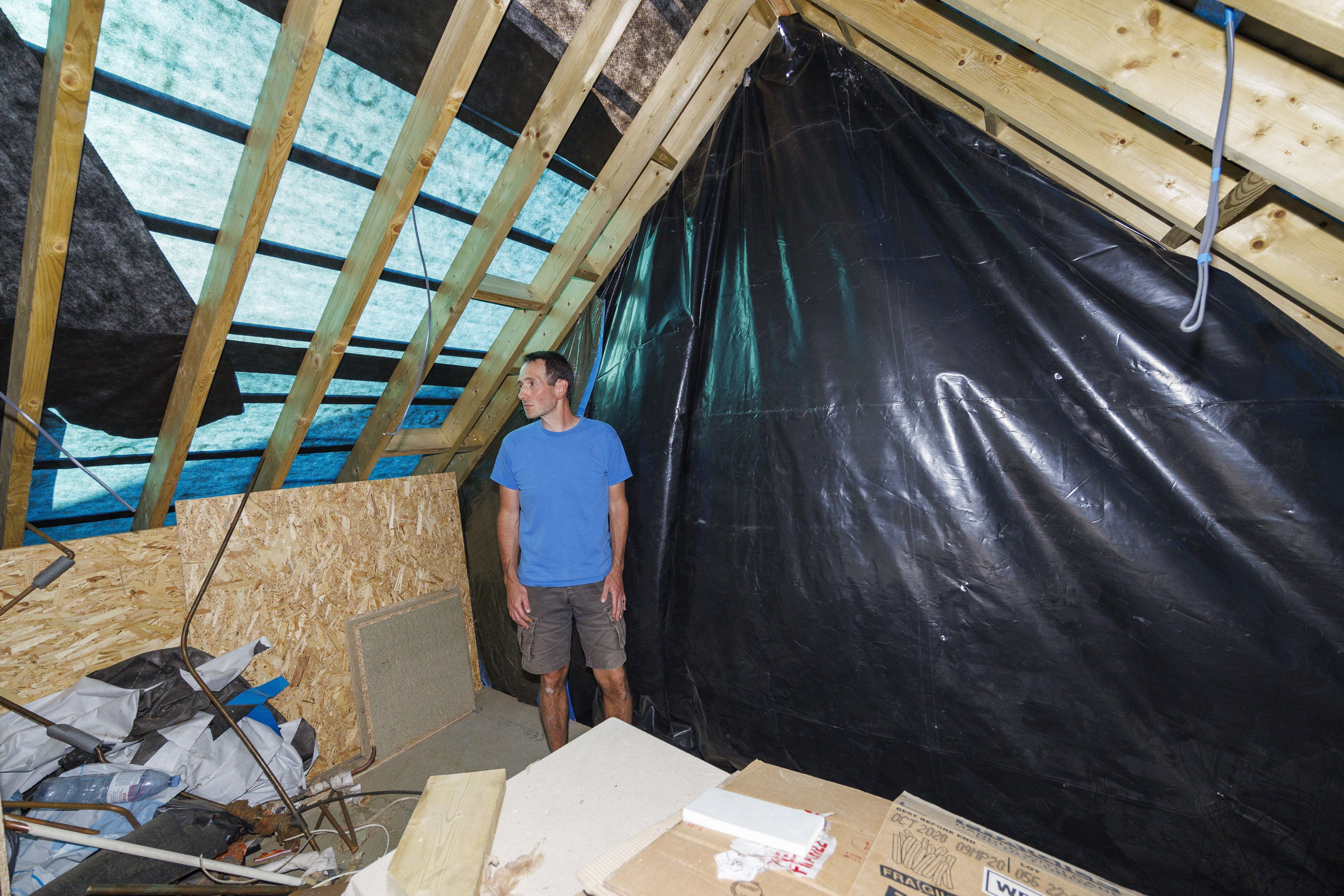 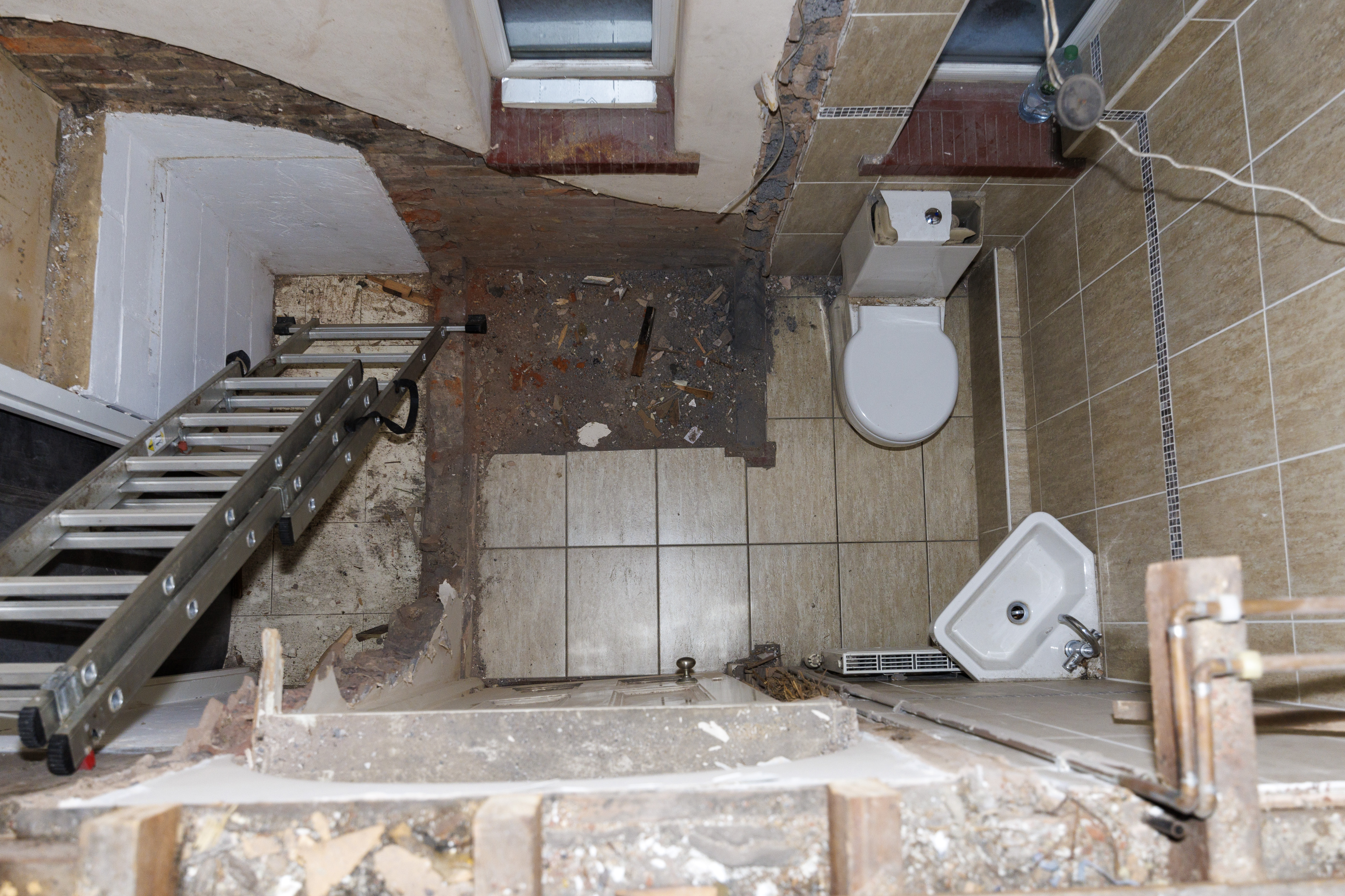 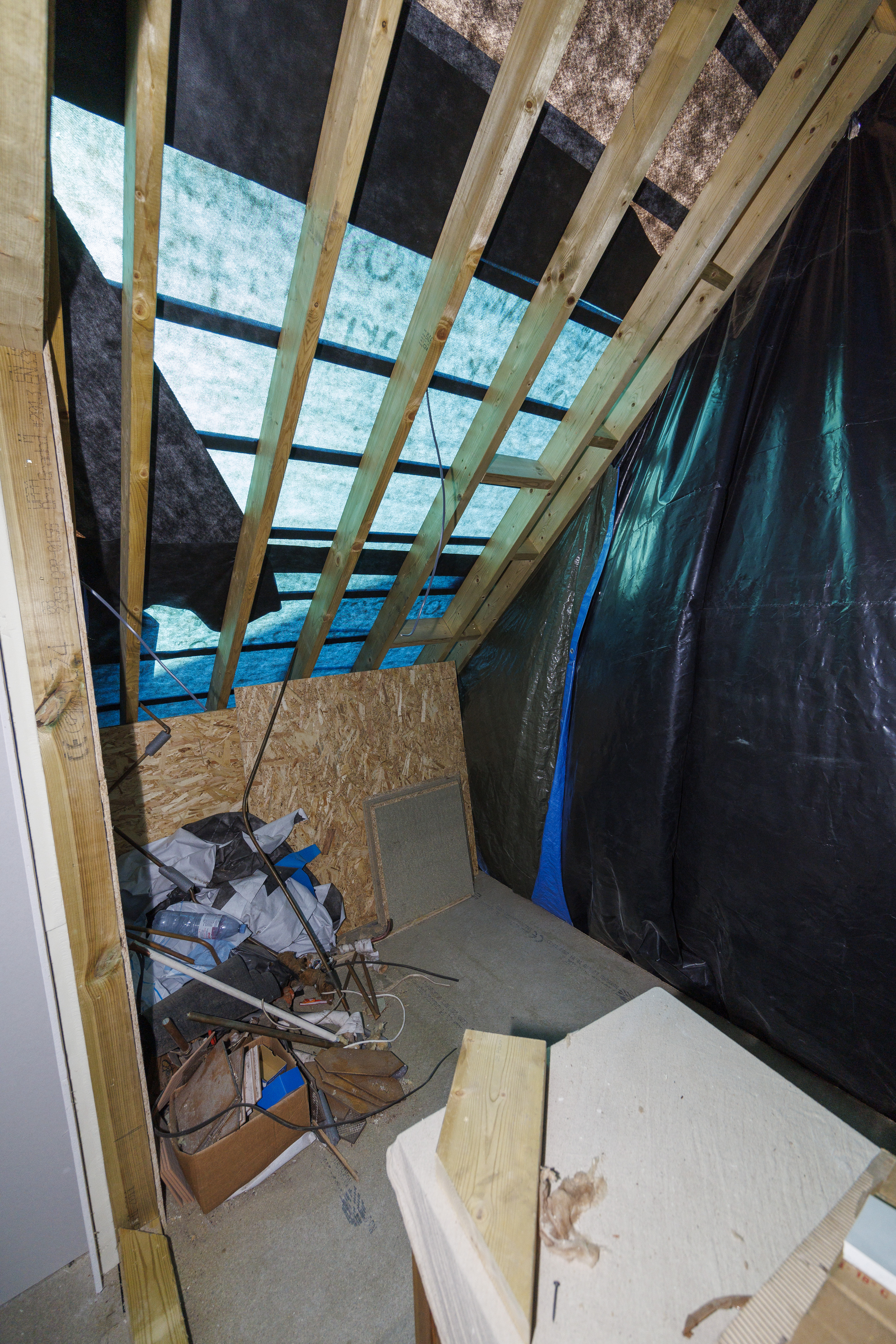 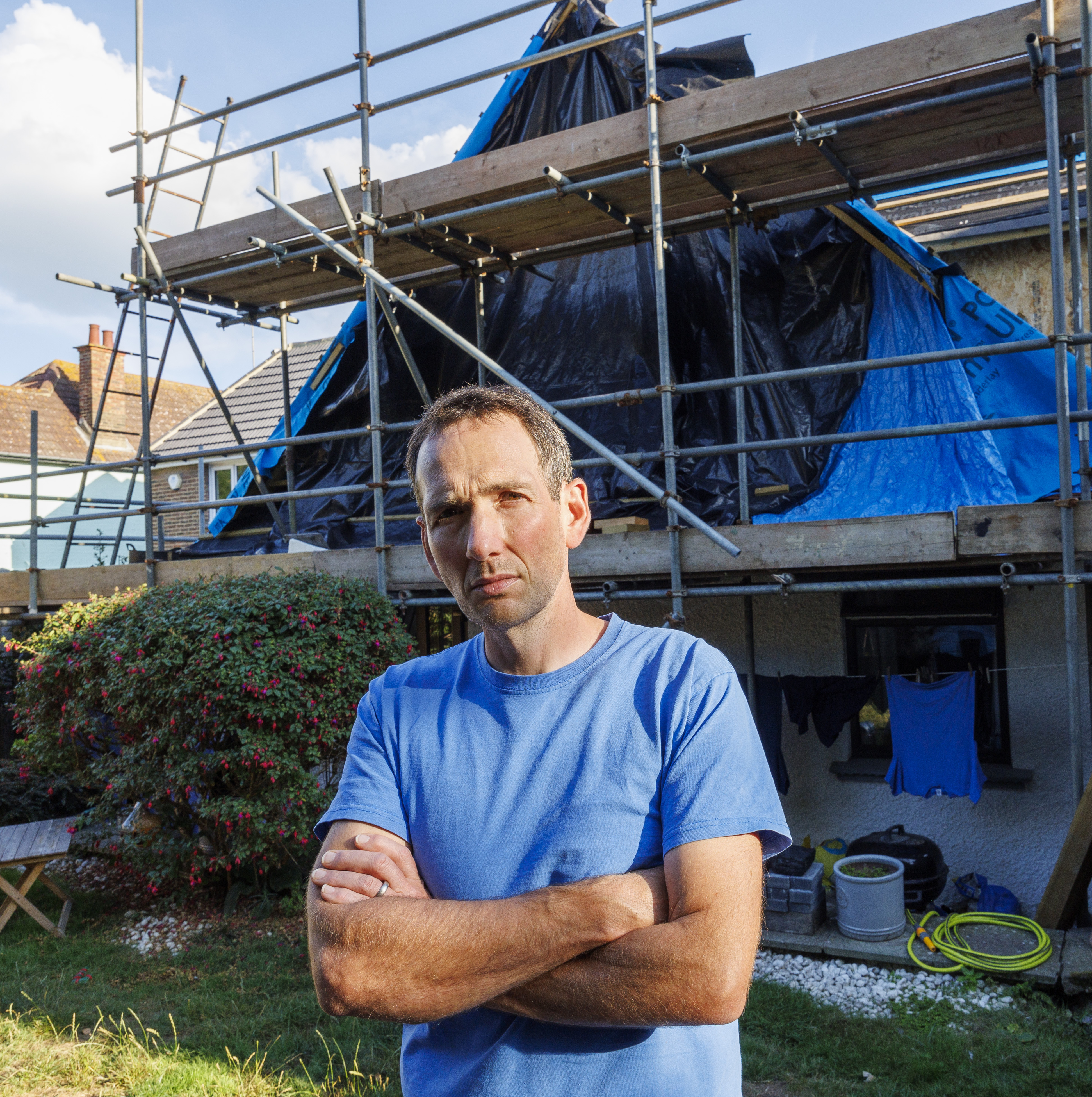 While the director was away, his men reportedly stripped all the tiles off the roof and covered it in plastic sheets.

But a storm hit and it "poured with rain inside", leaving their home "severely" water damaged.

"It was coming in every which way," Dan added.

Work continued when the builder returned, but the house "was a building site" with "guys swarming all over the place".

However, there were "some good days", and when things were going well they would be asked for more money, Dan said.

Dan sought a solicitor to try to recover some of his cash, but the company allegedly only offered to refund him the bare minimum.

The two sides are now locked in a bitter dispute trying to resolve the matter, with neither willing to back down.

Dan claims the firm is refusing to provide any receipts to prove how much things have cost.

But MH Developments Limited, which was dissolved in July and no longer appears on the Federation of Master Builders website, has allegedly insisted it only owes the Phipps £5,000.

Dan and Kim have now borrowed money from friends and family to pay for the work to be finished on the outside, but they are desperate to get the funds back. 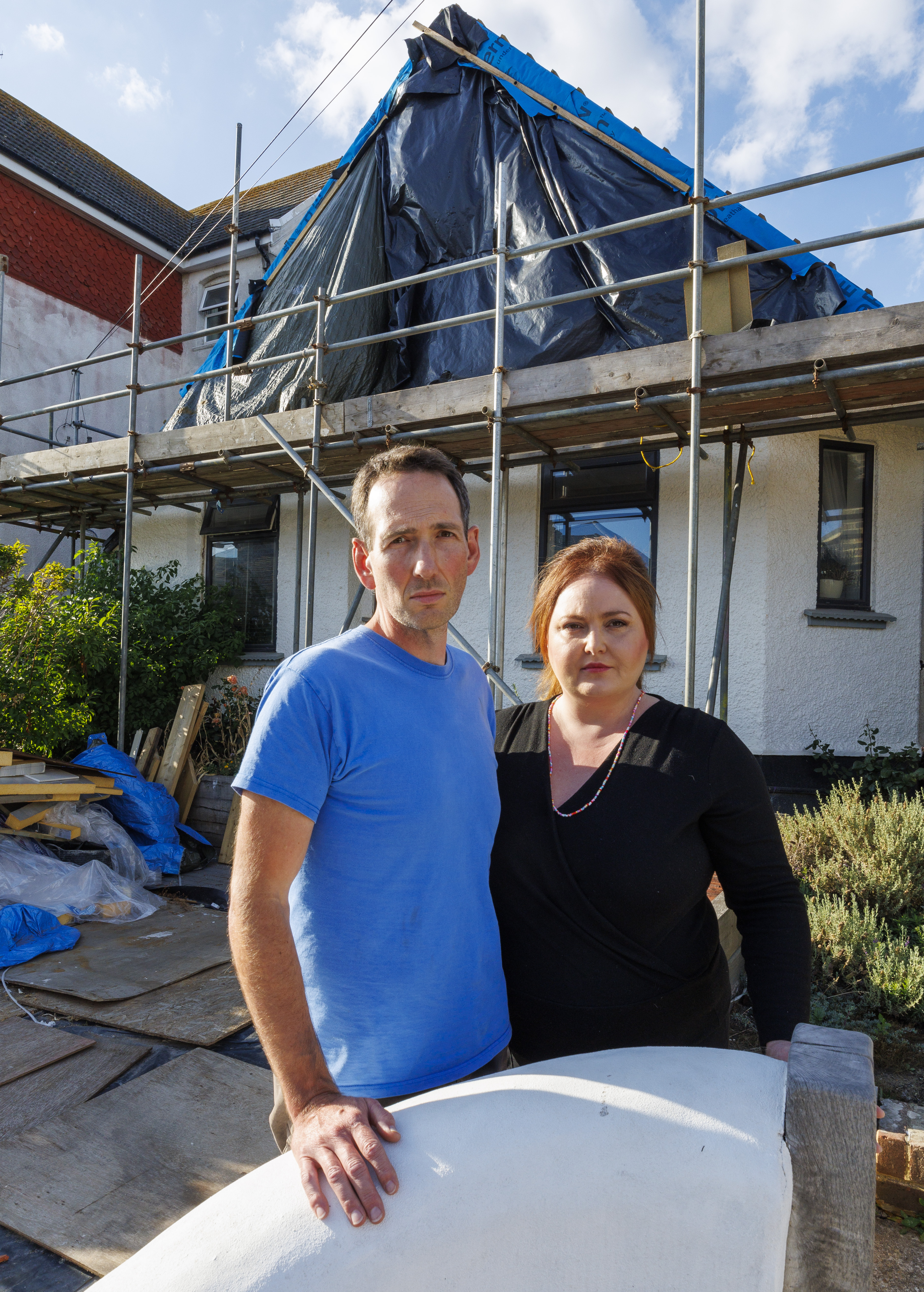 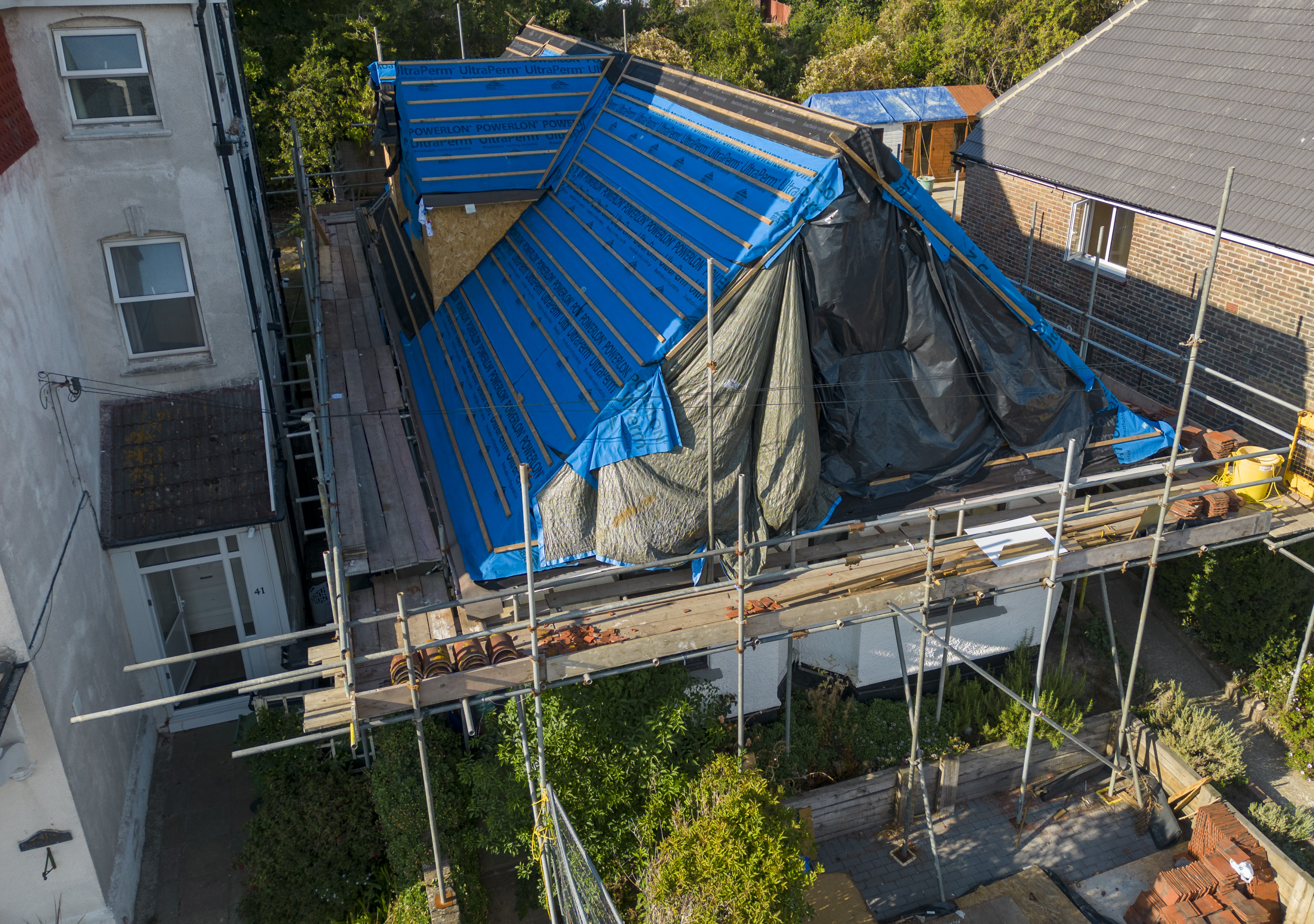 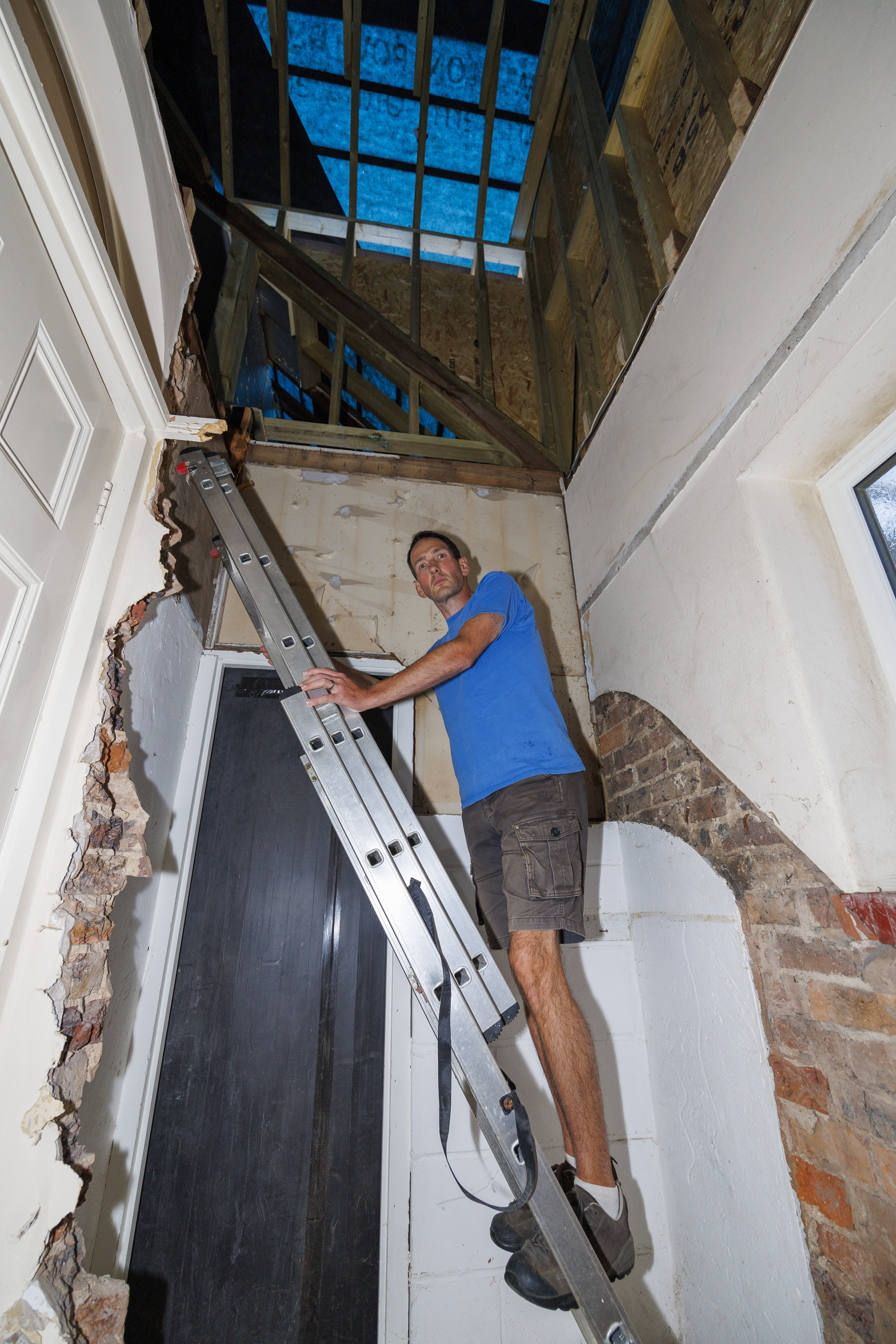 What to do if you fall foul to a cowboy builder

Under the Consumer Rights Act, anyone who enters a contract for goods and services can expect these to be supplied with reasonable care and skill – and this includes builders, plumbers, decorators and electricians.

It also includes materials, which should be of satisfactory quality, as described and fit for purpose.

If you've fallen victim to a cowboy builder, or had a dispute with your contractors, you should firstly collate all evidence you have, including paperwork, photos, videos, messages and bank statements.

Then, try to resolve the issues directly with the firm, before trying an Alternative Dispute Resolution (ADR) scheme such as mediation or ombudsman services.

If this doesn't work, contact your bank to find out whether you can recover any money spent using Section 75 of the Consumer Credit Act (if the job cost between £100 and £30,000, your credit card company is jointly liable if something goes wrong).

If this doesn't work, report them to the police on 101.

While the lines between what is criminal and just bad practice are blurred, a contractor could be done for fraud.

It is also important to contact Trading Standards. Citizens' Advice has an online form to help you do this.

TS will then decide whether to investigate further based on the information you provide and help negotiate a settlement.

Even if it doesn't, the details may help if anyone else complains about the same firm.

It is also possible to take builders to a small claims court if you have been left out of pocket. However, you run the risk of racking up significant costs.

While most home insurance policies don't cover building work, it is worth confirming this with your provider.

And you should also, if possible, find out whether your builder holds liability insurance, which would also help.