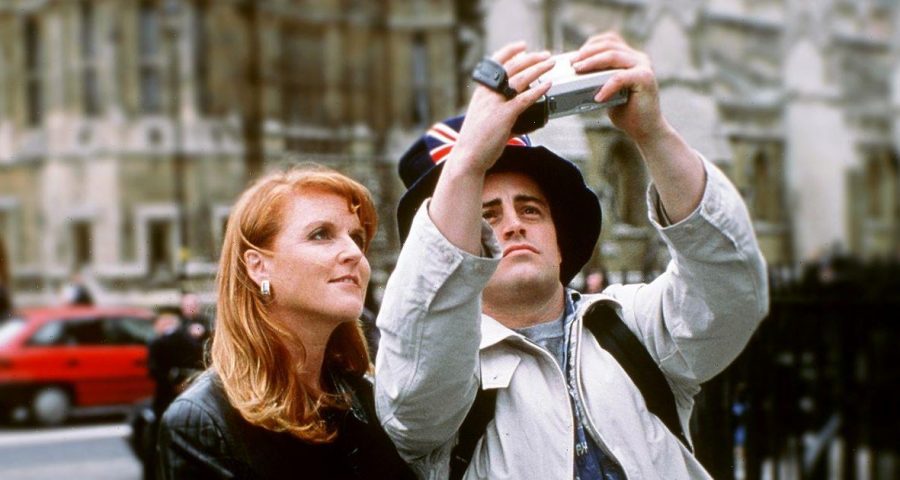 Prince William made a surprise cameo on camera recently, giving fans a quick glimpse of home life in Kensington with the Cambridges.

The Duke was visited by This Morning presenter Dermot O’Leary and radio DJ Clara Amfo, who will host William’s Earthshot Prize awards on Sunday.

In the film, posted on Kate and William’s Instagram account, William opens the door in jeans saying, “anyone for a cup of tea?”

William is no stranger to a cameo and nor are the royal family, who’ve starred in some of the most famous films and TV shows around!

From that cringe-inducing It’s A Knockout episode to Princess Beatrice serving Queen Victoria, here are the royals who’ve made the movies! Brits were left stunned by Her Majesty’s appearance at the Olympic opening ceremony.

The iconic sketch saw the Queen greet 007 (Daniel Craig) at Buckingham Palace and jump out of a helicopter into the stadium.

It was a jaw-dropping act but don’t worry – it wasn’t actually Her Majesty doing the stunt!

New mum Beatrice made her acting debut alongside Emily Blunt in the historical film about Queen Victoria.

She played a lady-in-waiting during the coronation scene – and fans were shocked to discover that Beatrice’s mum, Fergie, had produced the film.

The mother and daughter, along with Beatrice’s little sister Eugenie, attended the premier in 2009.

It’s rumoured that William and Harry filmed a scene of the Star Wars movie in disguise.

John Boyega, who plays Finn in the 2017 blockbuster, let slip the secret that the princes played Imperial stormtroopers – so did Tom Hardy and Gary Barlow!

Sadly the scene was cut, but the royals still got a taste of Hollywood.

Princesses Beatrice and Eugenie were thrilled when their mother, Sarah Ferguson, popped up on their favourite TV show.

Back in 1998, Fergie made a cameo in the fourth-season finale of Friends alongside Joey Tribbiani (Matt LeBlanc).

Excited to meet the Duchess of York, Joey whips out his camcorder to film her and Fergie says his garish hat is “kind of dashing” – aww.

Anyone alive in the 80s will remember the ‘car crash’ charity extravaganza that was It’s a Royal Knockout.

Edward described the show as “the event of the year” but the Queen was apparently dismayed by the stunt!

The royals were good sports, but Edward lost his temper with the press.

The journalists fell silent to his query, “What did you think of it?” and Edward stormed out!