“It frightened the f–k out of me,” says Sharon, as they both reflect on the horrifying moment.

Ozzy and Sharon Osbourne looked back at one of the absolute worst moments of their marriage on Monday’s “The Nine Lives of Ozzy Osbourne” on A&E: the time the rocker tried to kill his wife.

An incident went down over thirty nears ago, in 1989, after the two had already welcomed all three children; Aimee, Jack and Kelly Osbourne.

Though Ozzy had gone to Betty Ford rehab facility following Kelly’s birth in 1984, he once again began using drugs and alcohol, with his behavior becoming gradually more alarming.

“Ozzy sober is the best company in the world. Funny, entertaining, kind, sweet. Ozzy using alcohol or drugs, a complete [bleep],” said Sharon on the special. “It’s like night and day, that’s it. He was f–ked up. Ozzy was on a bender and we’d have a couple of fights and it was just building to something, you could just feel it. I just knew it was coming.”

“And Ozzy is very rarely calm, but before he did it so calm and like, god only knows what combination he was on of whatever it was. Whether he was sniffing glue or dog’s asses or whatever it was, but it frightened the f–k out of me,” she continued.

Sharon explained that the kids had been put to bed for the night and she was reading on the couch.

“I had no idea who was sat across from me on the sofa, but it wasn’t my husband. He goes to a state where he gets a look in his eyes, there’s shutters, shutters were down on his eyes and I couldn’t get through to him,” she recalled. “And he said, ‘We’ve come to a decision you’ve got to die.’ He was calm, very, very calm and then suddenly he lunged across at me and just dived on me and started to choke me.” 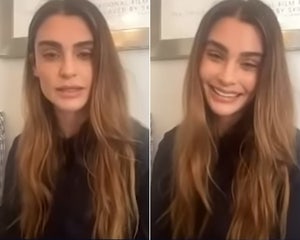 “He got down on top of me and I was feeling for stuff on the table and I felt the panic button and I just pressed it and next thing I know, the cops were there,” she said. “All I could think of was the kids and you’re not gonna take me out, there’s no way I’m leaving my kids.”

Ozzy recalled feeling “the calmest I’d ever felt in my life” before he attacked her. “It was like serenity. Everything was just peaceful.”

“All I remember is waking up in jail and I asked the cop, why am I here. He said, ‘You want me to read your charge? John Michael Osbourne arrested for the attempted murder of Sharon Osbourne,'” Ozzy continued. “I’m like, is this a joke. That hit me like a f–king hammer between the eyes.”

When asked by a producer off camera if it made him “uncomfortable” to talk about the incident, he replied, “It’s not exactly one of my greatest f–king achievements.”

Sharon did drop the charges against Ozzy, a move he said that “surprised” him. She also considered getting a divorce, but didn’t follow through with it.

“I was looking at all my options I had left in my life, divorce, all of them, I was looking at everything,” she explained. “Thank God the judge put him in treatment for 6 months, so I had time on my hands to really think about what I should do. I don’t want your money, I don’t want your shit, but if you do this to me again, either I’m gonna kill you or you’re gonna kill me and do you want that for the kids?” 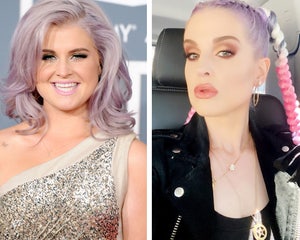 She added that she was “lonely” while he was in treatment and “really, really missed” everything about him. “I missed his stupid jokes, even his untidiness, I really missed him,” she added. “I hated being without him. He definitely watched what he was doing, he was frightened too, he frightened himself.”

Reflecting on the incident, he added, “I could have killed Sharon and that’s a desperate feeling. She’s my soulmate, I love her.”

While neither Jack or Kelly talked about the attack specifically, Kelly said the family would always end up going on exotic vacations every time her father did something wrong.

Because of that, she still hates going to the beach now.