Network 10’s news division will axe jobs and centralise the presentation of its 5pm bulletins in Sydney and Melbourne, while also making cuts to morning program Studio 10.

The broadcaster announced the cost-saving measures in an all-staff email shortly before 1pm on Tuesday.

“These painful changes reflect the state of the media industry in recent years and the need for all media companies to achieve new efficiencies,” said 10’s director of news content, Ross Dagan. 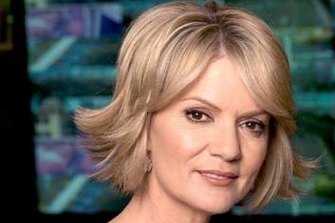 Sandra Sully will present 10 News bulletins for audiences in Sydney, Brisbane and Perth.

From Monday, September 14, newsreader Sandra Sully will present a 90-minute bulletin at 5pm to viewers in Sydney, Brisbane and Perth while Jennifer Keyte will anchor a combined Melbourne and Adelaide bulletin. Panel show The Project and 10’s national weekend news, hosted by Chris Bath, are unaffected.

Local weather presenters will be replaced by a national meteorologist but 10 will continue employing reporters, news crews and operations staff in every city, allowing state-specific coverage to be inserted into each bulletin.

Matt Burke will anchor sports coverage in Sydney, Brisbane and Perth while Stephen Quartermain will present sport in Melbourne and Adelaide. Sports reporters Jonathan Williams in Brisbane and Tim Gossage in Perth will take on expanded roles.

“While we’re centralising the presentation of our news in Sydney and Melbourne, we’re still committed to local coverage,” said a source, who spoke on the condition of anonymity because they were not authorised to make public comments.

The source said it was too early to estimate the total number of job losses. In addition to retrenching high-profile presenters, 10 will offer a small number of voluntary redundancies to other news staff.

As with most major media organisations, 10’s ratings have grown substantially during the global coronavirus pandemic. Weeknight metropolitan news audiences have climbed by 10 per cent this year compared with the same period in 2019, while the weeknight and Sunday editions of The Project are up by 24 per cent.

But the pandemic’s broader economic shocks have triggered a 22 per cent year-on-year slump in commercial TV advertising revenue, according to industry body Think TV.

“The changes we’re making are not just a result of COVID-19,” said the Network 10 source. “All media companies have been looking at their cost base over the past five to 10 years to find savings and we’re no different.”

“The decision to make these changes was a very difficult one and I want to express my sincere thanks and gratitude to our friends and colleagues who will leave the network,” Mr Dagan said.

“It is in no way a reflection of their talent, contribution or passion. They are exceptionally gifted people. We are incredibly proud of them and their work. There is no doubt they will be missed.”

In 2017, Network 10 entered voluntary administration. Later that year, US broadcaster CBS – which has since re-merged with Viacom – acquired the network.

In previous years, 10’s Adelaide news was presented from its Melbourne studios while its Perth bulletin was helmed in Sydney. These arrangements ended in 2011.

Beverley McGarvey, Chief Content Officer and executive vice president of ViacomCBS Australia and New Zealand, said: “These decisions are not being made lightly – however, they are essential to future-proofing our business.”

Nine is the owner of this masthead.