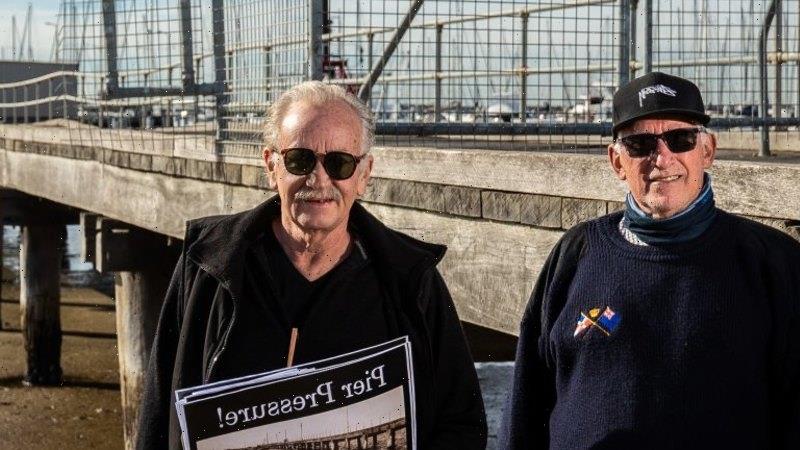 Nineteen piers or jetties in Port Phillip and Western Port bays have been roped off to the public because of safety fears, with users blaming a lack of investment for their neglect.

Parks Victoria has failed to meet key targets to maintain the state’s piers and jetties, The Age reported last year, forcing bayside communities in Flinders and Hampton to band together to save historic structures from neglect. 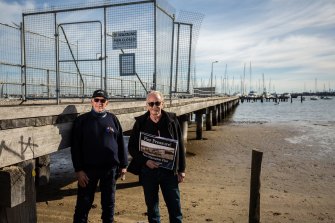 The Age can now reveal 19 piers and jetties were completely or partially closed in Port Phillip and Western Port as at July 9 last year, with the full list detailed for the first time to Sandringham’s local Liberal member Brad Rowswell under freedom of information laws.

Graham White, from the Hampton Swing Mooring Association, has been fighting to have the 130-year-old Hampton Pier rebuilt and reopened since it was shut in June 2020 when Parks Victoria deemed it unsafe.

“It’s [for] granddads teaching kids to go fishing, you can’t do that any more … The pier was always a wonderful place to go and sit and reminisce, or just have a quiet think or read a book. That’s all gone.”

The government has assured locals the Hampton Pier will not be demolished, but it is yet to provide details of how and when it will be repaired after more than 18 months, though plans are expected in coming months. The Victorian opposition in January committed to rebuilding the pier.

“The Andrews Labor government has sat on its hands and let scores of piers and jetties fall into disrepair and, worse still, they have no plan to rebuild and reopen these community assets,” he said.

Parks Victoria last year estimated almost one-third of its piers in the Port Phillip and Western Port bays were approaching the “end of useful life” within five years. Another 22 per cent had less than 10 years of life left, according to the 2020-21 safety and environment management plan.

“Are we going to have no piers? This is going to be a thing of the past, and what a shame to lose that,” he said.

“Then there’s the rest of the people who don’t fish but use the pier for promenading. I call it ‘aqua therapy’; that connection to the marine environment. A lot more people do that than fish,” he said. 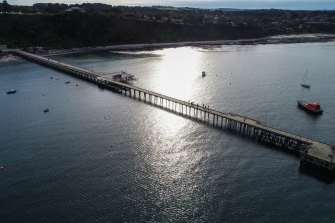 More than half of the historic Flinders Pier will be demolished.Credit:Jason South

“It’s not just about catching fish.”

The historic 250-metre Flinders Pier off the Mornington Peninsula is being demolished, with 70 metres to remain, after Parks Victoria found it was “at the end of its design life and needs to be removed safely before it falls into the water and becomes a navigational hazard or injures those beneath it”.

The pier provides a home to the endangered weedy sea dragon. An underwater inspection of it in 2016 found 10 of the 179 piles holding it up were in poor condition.

The Victorian government said it spent $80 million rebuilding and repairing piers and jetties in Port Phillip and Western Port, with more than $104 million invested in Victorian ports over 10 years on top of maintenance and inspections.

“Public safety is our highest priority, and local ports managers undertake regular inspections of all its piers and jetties to ensure they are safe for public use,” a spokeswoman said.

Upgrade works at Rye Pier are under way and they have already been completed at Middle Brighton.