Perils of polyamorous relationships! People with multiple partners reveal their festive season struggles – from choosing between girlfriends to texting lovers while having dinner with the in-laws

Families everywhere know the stress that comes with spending time together over the festive season.

So spare a thought for people in polyamorous relationships, who need to juggle not just one other set of family members but sometimes two or three.

People from around the world took to anonymous secret-sharing app Whisper to reveal what it is really like to have multiple partners over the festive season.

Some admitted to feeling left out if their partners chose to leave them out for the holidays to spend time with each other alone, while say they have to hide the nature of their relationship from their family.

However several spoke to the positives of having multiple partners, including having more people to ‘snuggle’ and spend time with.

Here, FEMAIL shares a selection of the most fascinating confessions… 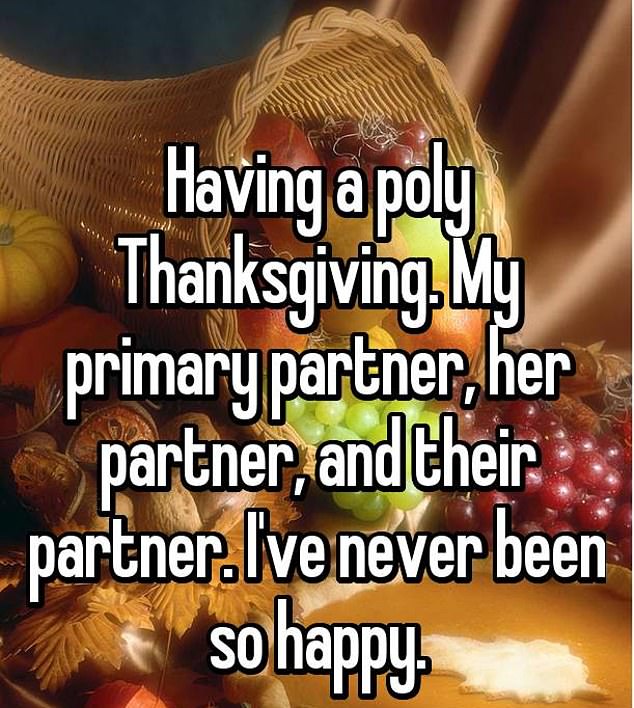 Everyone’s invited! People from around the world revealed what the festive season is like if you’re in a polyamorous relationship. Pictured, a post from someone in Deforest Junction, Ohio 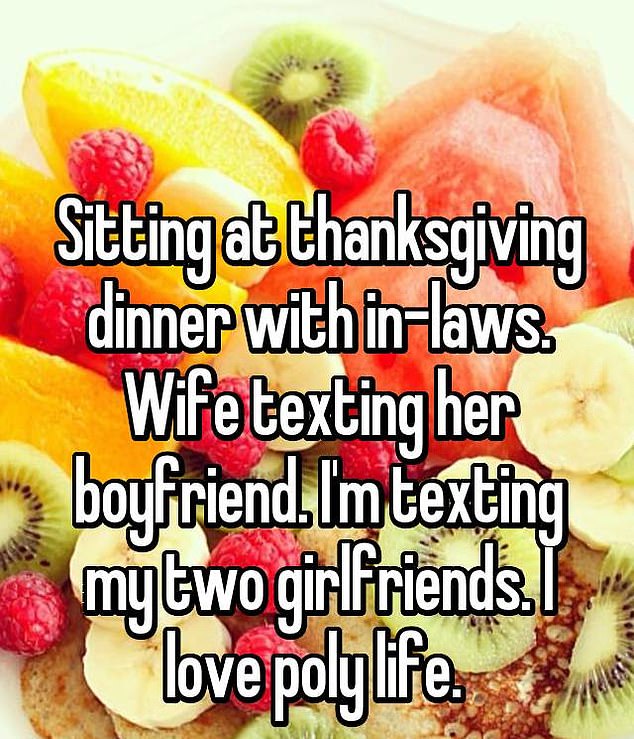 Juggling partners: This American polyamorous couple kept in touch with their other partners 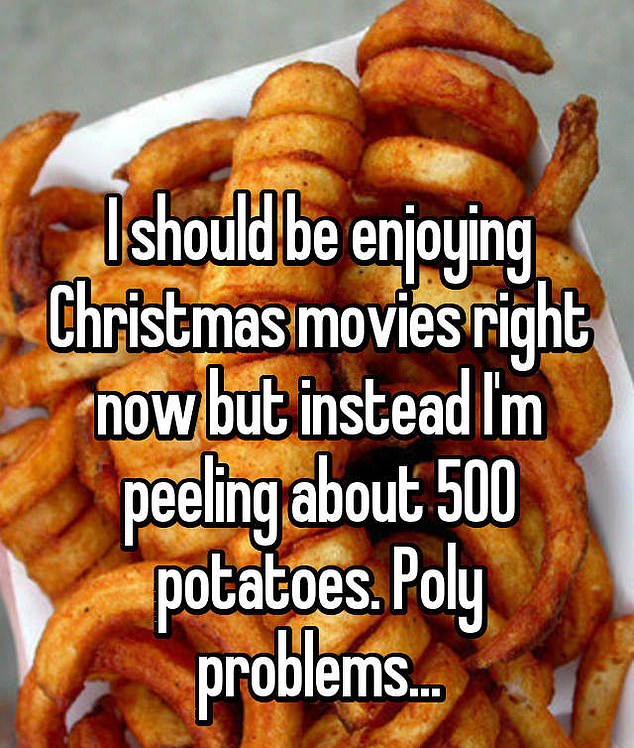 Extra chores! This person from New Zealand revealed just how much work goes into Christmas 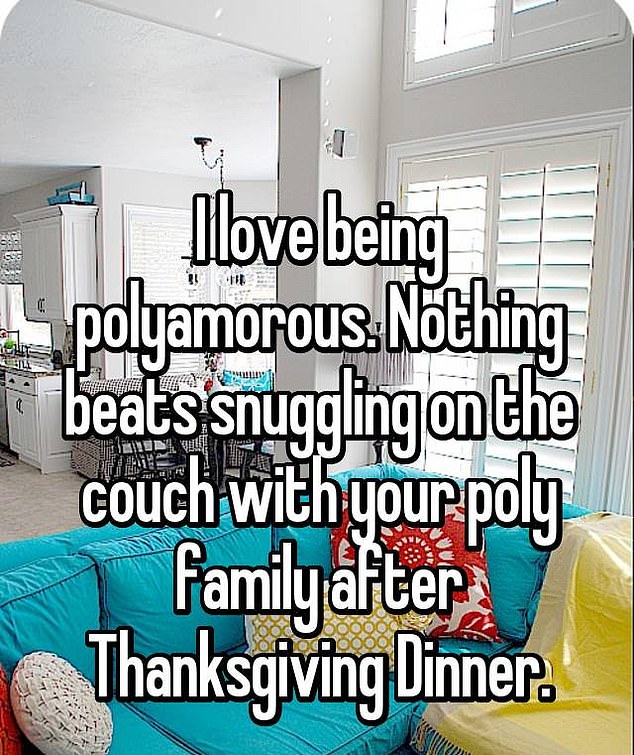 Quality time: One user from an unknown location shared the joys of ‘snuggling’ togetherDeforest Junction, Ohio, US 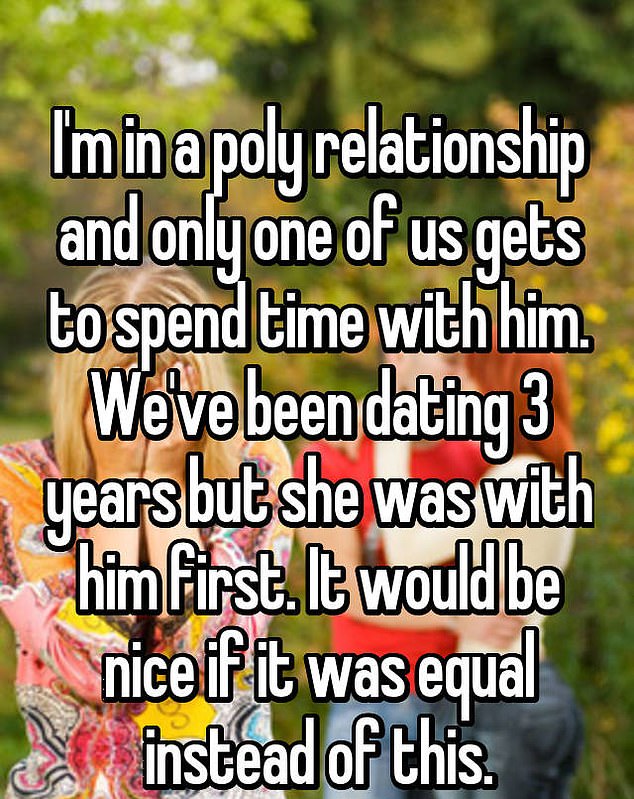 Second choice: This woman from an unknown location when she was left out for the holidays 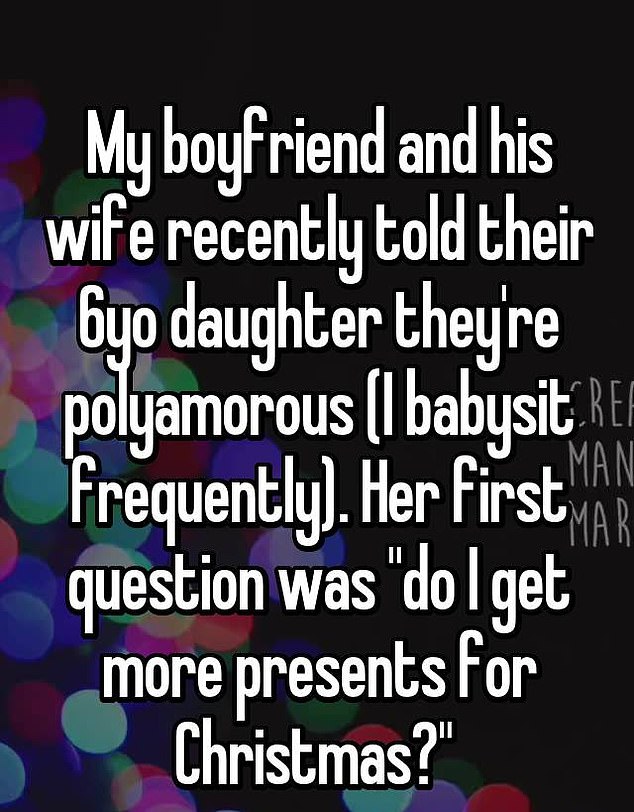 The more the merrier! One little girl from Pinehurst, Georgia, was unfazed by polyamory 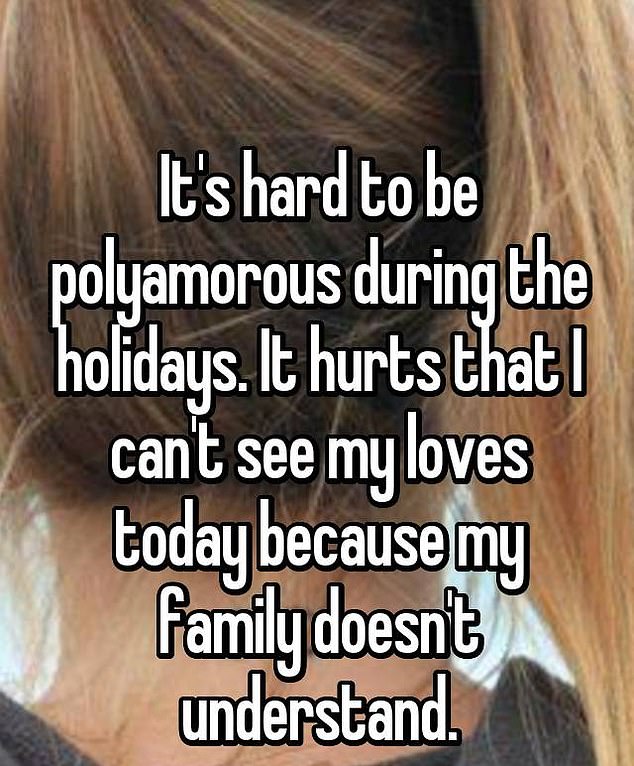 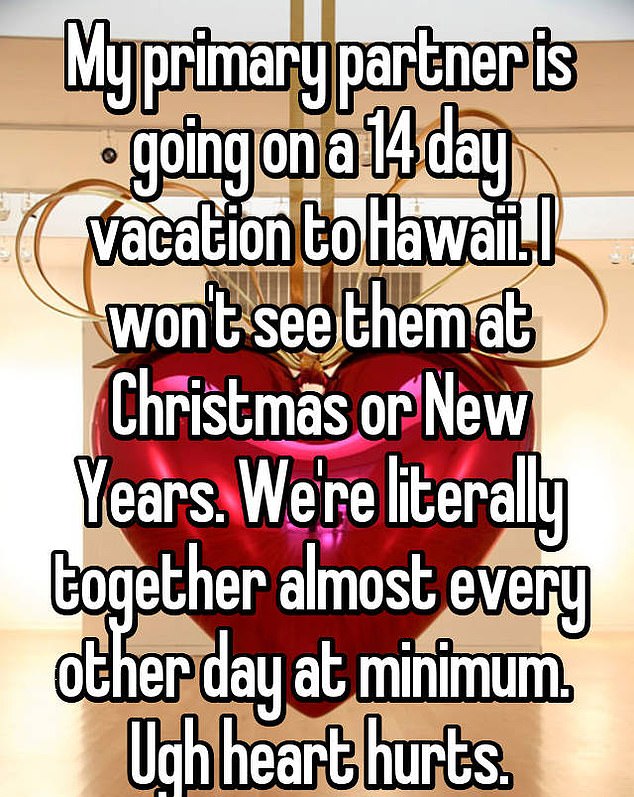 Time apart: This person from Washington, in the US, is missing their primary partner 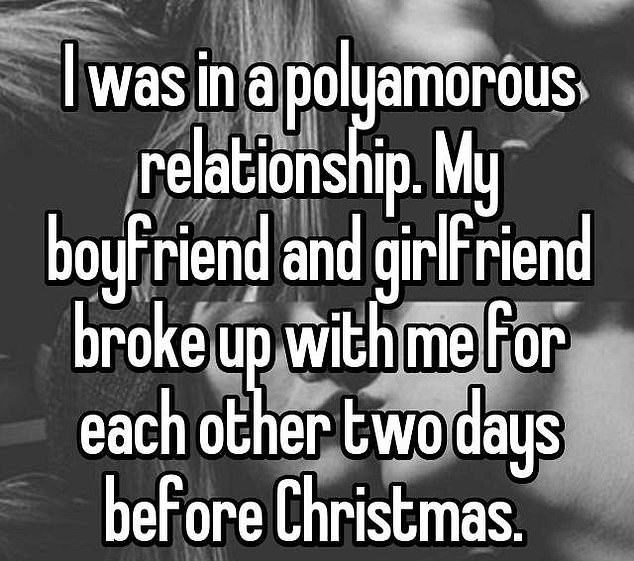 Lonely hearts club: This person from Rochester, New York, was single for Christmas 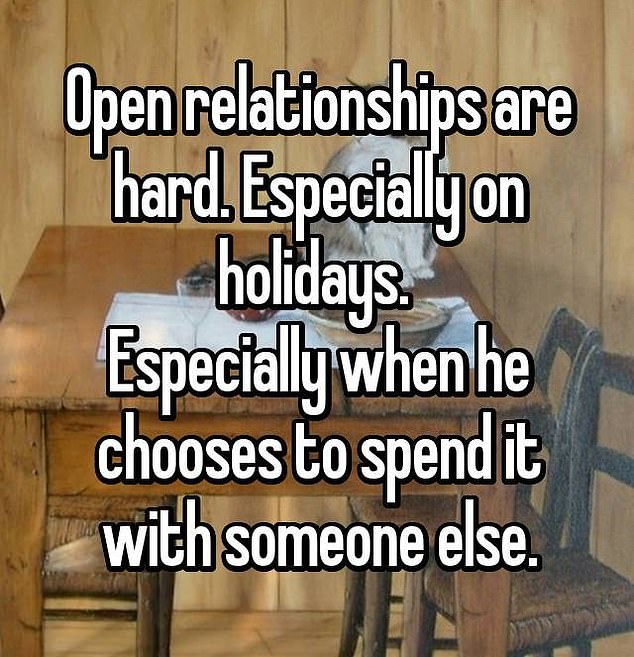 Left out: This person, from an unknown location, was feeling bruised by their partner