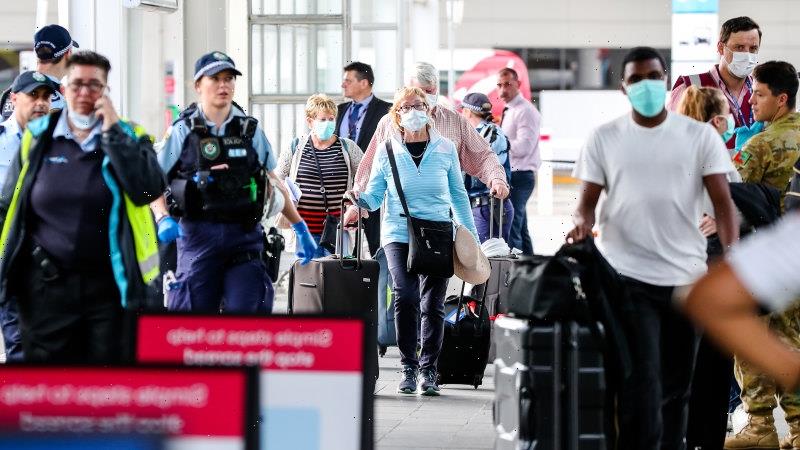 Australia’s population growth has slumped to its lowest rate since World War I as people left the country during the coronavirus pandemic and could not be replaced by new migrants, upending the nation’s demographic profile.

In a sign of the long-term impact of COVID-19, data from the Australian Bureau of Statistics on Thursday showed the national population grew by just 0.5 per cent, or 136,300, last year to 25.7 million. 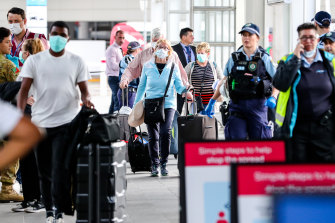 The closure of the international border has been the main factor in the slowest annual population growth across Australia since 1916.Credit:Edwina Pickles

It was the slowest rate of growth since 1916 – when the country de-populated – and the smallest increase by number since 1975. The result was driven by the closure of the international border, with Australia losing a net 74,000 migrants since overseas travel was banned.

Every state and territory saw big slowdowns in growth through 2020 but the worst hit was Victoria, which had zero population growth.

The last time the state experienced flat population growth was in 1916, during the depths of World War I when just four clubs – Carlton, Collingwood, Fitzroy and Richmond – were able to field teams in the then VFL.

Since the nationwide shutdown of the economy in March, the situation in Victoria has been even worse, with the state shedding almost 31,000 residents. It is now home to 6.6 million people, the same as it was at the end of 2019.

The state’s heavy dependence on overseas migration has been exposed, with a net loss of 40,938 people to other nations over the past nine months. A net 13,000 people have left Victoria for other states.

Only natural population growth has propped up the number of Victorians and even that has slowed. Births outnumbered deaths by 7804 in the December quarter, the smallest natural increase since mid-2006.

The situation is little better north of the Murray River, with NSW’s population growing by 0.4 per cent, or 35,600, to 8.1 million. The last time the country’s most populous state had such a low rate of growth was in 1975.

Like Victoria, NSW continues to lose residents to other parts of the country with almost 19,000 moving interstate. The few migrants coming into Australia are heading to NSW, with a net increase of 11,500 last year.

The rest of its population profile has been made up by natural increases, with births outnumbering deaths by 43,000.

Queensland’s population is the fastest growing in the country, up by 1.1 per cent, or 58,100, to almost 5.2 million. More than half of that growth was from people moving out of Victoria and NSW.

Western Australia’s population growth was also boosted by interstate migrants, with the state recording the first quarterly back-to-back increase since the end of the mining construction boom in 2013.

Interstate movement, however, dropped nationally by almost 11 per cent amid signs the pandemic has forced people to abandon plans to shift around the country.

“This decrease could in part be a result of pandemic-related restrictions, social distancing and better hygiene practices,” it said.

Another change caused by the pandemic has been in the nation’s demographic profile, with Australians on average getting older.

The biggest impact has been on those aged between 20 and 24 – many of whom are international students – with the number in this cohort falling by 3.9 per cent in 2020.

While young people are fewer on the ground, the number of those in retirement years is growing. The proportion of over-60s increased by 3.2 per cent last year, above its five-year average growth rate of 3 per cent.

“Reduced population growth should be the cause of great concern for all governments as it will quickly become a handbrake on our national and state economies,” he said. “We would need to a tripling of babies born in Australia to negate this massive fall in overseas migration.”