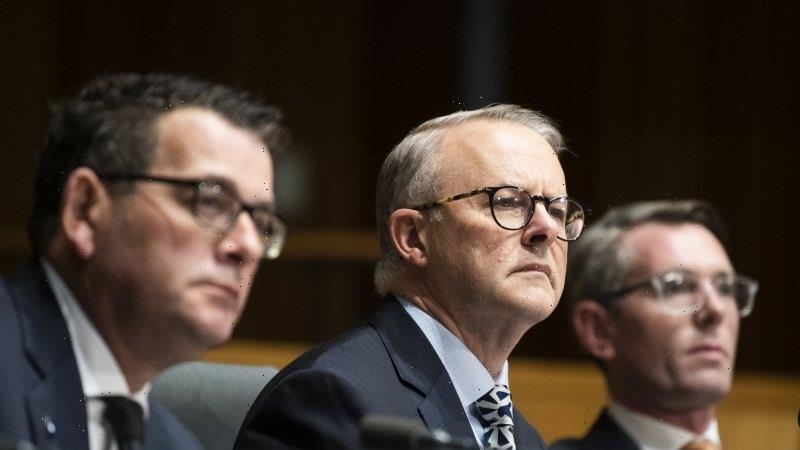 State premiers will push for pandemic leave payments to remain as long as COVID-19 isolation is compulsory when they meet with Prime Minister Anthony Albanese on Wednesday.

NSW Premier Dominic Perrottet and Victorian Premier Daniel Andrews will argue that the federal government must extend the pandemic leave scheme beyond the September 30 deadline if the rule remains in place. 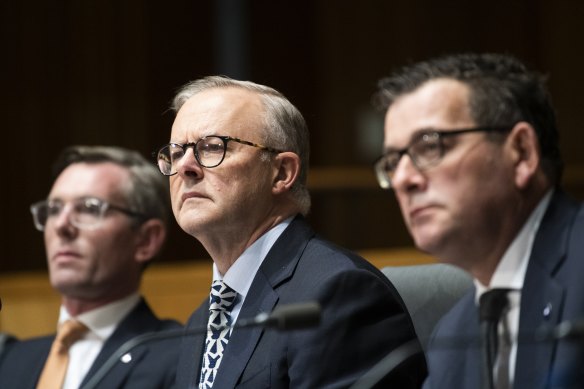 The payments of up to $750 per isolation period for people without sick leave, which had cost the federal government almost $1.9 billion by July, are weighing on the nation’s balance sheet as Treasurer Jim Chalmers prepares to hand down his first budget in October. Chalmers warned last month the payments “can’t continue forever”.

States and territories agreed in July to share the cost 50:50 with the federal government when national cabinet reinstated the scheme two weeks after it expired.

Albanese, who confirmed on Monday the virtual national cabinet meeting would go ahead despite disruptions to parliamentary business after Queen Elizabeth II’s death, promised last month to have “a collegiate discussion” about pandemic leave beyond September 30.

On Friday, the mandatory isolation period for positive cases was reduced from seven to five days, despite the expert health body that advises national cabinet reportedly unable to reach a consensus recommendation backing the change.

Albanese has refused to release the detailed health advice provided to national cabinet before it decided on August 31 to reduce the isolation period.

The Australian Health Protection Principal Committee (AHPPC) waited eight days before quietly publishing a statement on the Health Department website last Thursday, urging people to keep isolating as long as they had symptoms.

Federal opposition health spokeswoman Anne Ruston called on the government to release the health modelling prepared for Wednesday’s national cabinet meeting so “Australians can have confidence that the government is acting transparently”.

“It is essential that Australians understand the reasons, including the health advice, underpinning any changes,” Ruston said.

A spokesman for Perrottet, who has been outspoken in his view that mandatory isolation should end “as soon as possible”, said the premier remained of the view that “if isolation requirements remain in place, then joint Commonwealth payments should continue” and that any changes should be nationally consistent.

A Victorian government spokeswoman said Andrews’ position had not changed and “people should be financially supported if the public health advice is that they are required to isolate”.

“The alternative means making people choose between being able to put food on the table or isolate to keep others safe,” she said.

“We’ll continue to be guided by the public health advice and work constructively through national cabinet to have the best measures in place to support Victorians.”

Victoria’s Chief Health Officer, Brett Sutton, warned against ending mandatory isolation in his written advice to Andrews, tabled in the state’s parliament on September 2, saying COVID-19 “remains a serious risk to health” and that pandemic powers enabling the rule to continue should be extended until October.

In the AHPPC’s September 8 statement, the committee – made up of federal, state and territory chief medical officers – did not recommend reducing the isolation period to five days or outline any scientific evidence supporting the move.

It noted “the need for a proportionate approach to isolation for those with COVID‑19 infections at this stage of the pandemic” but said this must be balanced with ensuring “the continued protection of those most vulnerable to severe illness from COVID-19″.

The statement said it “strongly advises” that positive cases remain excluded from high-risk settings such as residential aged care facilities, disability care facilities and hospitals “until at least seven days following their positive test result and they remain symptom-free”.

“Please refer to your state or territory website for information about the period of infectiousness, what symptom-free means, how to access antiviral treatment and the steps you can take to reduce the risk of infecting others,” AHPPC said.

ACT Chief Minister Natasha Fyles said she would “listen to the latest health advice … while also balancing the operability of our workforce” when considering isolation rules and support for workers at national cabinet.

Australian Council of Trade Unions assistant secretary Liam O’Brien said workers “shouldn’t have to choose between isolating and protecting their workmates, and putting food on the table”.