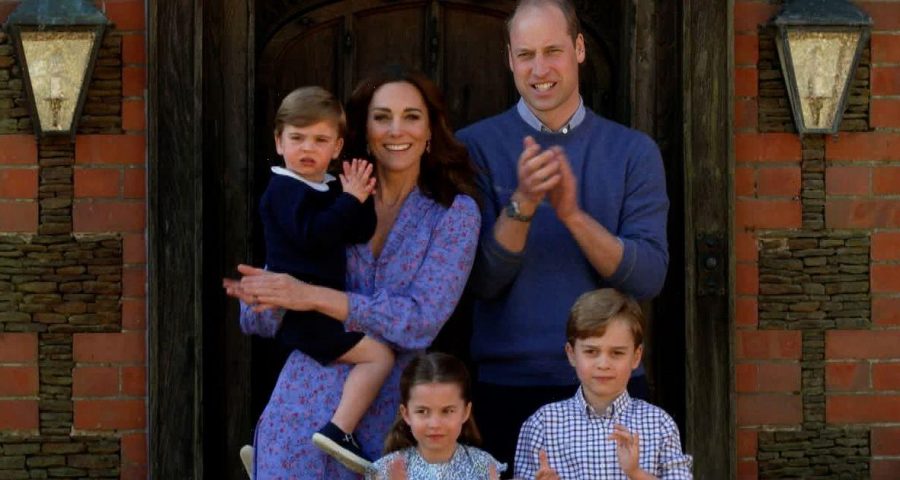 Today is full of celebrations for the Cambridge family as Prince George and Prince Louis mark two very special occasions.

The youngsters, whose parentsPrince William andKate Middleton recentlygave tribute to the Queen in celebration of her 96th birthday, will be sharing the spotlight with the double dose of celebrations.

The most exciting event of the day will be Louis’ birthday as the little one turns four.

However, the day is also significant for eight year old George as today marks St George’s Day — the patron saint with whom he shares a name.

The national day, which marks the anniversary of the death of Saint George, is traditionally celebrated in a variety of events including parades and dancing.

And as per royal tradition, it’s likely that hands-on mum Kate will have stayed up into the early hours in order to make Louis’ birthday as special as possible.

The 40 year old is believed to wait until her children are all tucked up in bed before she begins to make her little ones their very own birthday cakes.

Speaking to Mary Berry on BBC show A Berry Royal Christmas in 2019, the doting mum-of-three revealed the surprising tradition.

She said: “I love making the cake. It's become a bit of a tradition that I stay up 'til midnight with ridiculous amounts of cake mix and icing and I make far too much. But I love it.”

In a sweet moment, six year old Charlotte could be seen pulling on her mother’s dress before innocently staring at the floor while her family spoke to the Dean of Windsor following the service.

Also in attendance at the service in Windsor was Prince Edward and Sophie Wessex and their children, Lady Louise Windsor and James, Viscount Severn.

Mike and Zara Tindall were seen at the service beaming as they walked in the sun.

However, one person who was not at the occasion was the Queen, afterBuckingham Palace announced earlier in the week that she would not be attending.

Sharing a snippet of a statement issued by the Queen's representatives, royal journalist Victoria Murphy tweeted: “Buckingham Palace announces that members of the royal family will attend the Easter Sunday service in Windsor. The Queen will not be attending.”

For all the latest Royal news, sign up to our daily newsletter here.