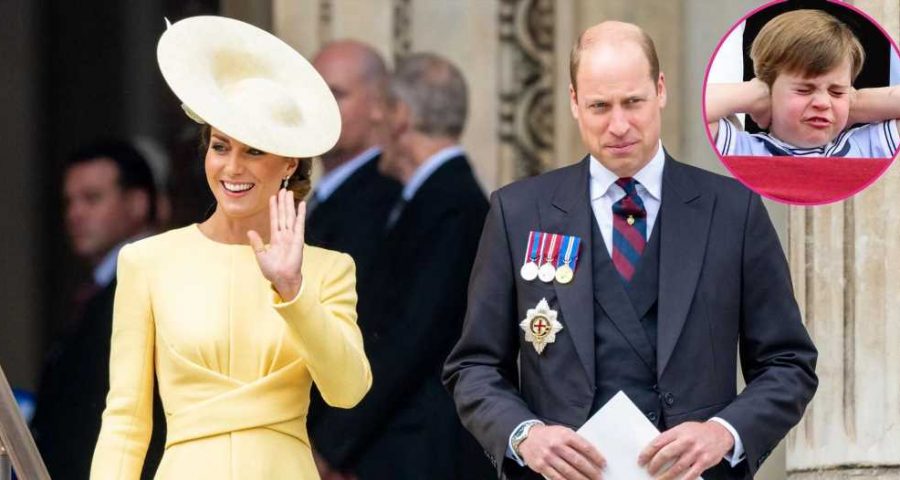 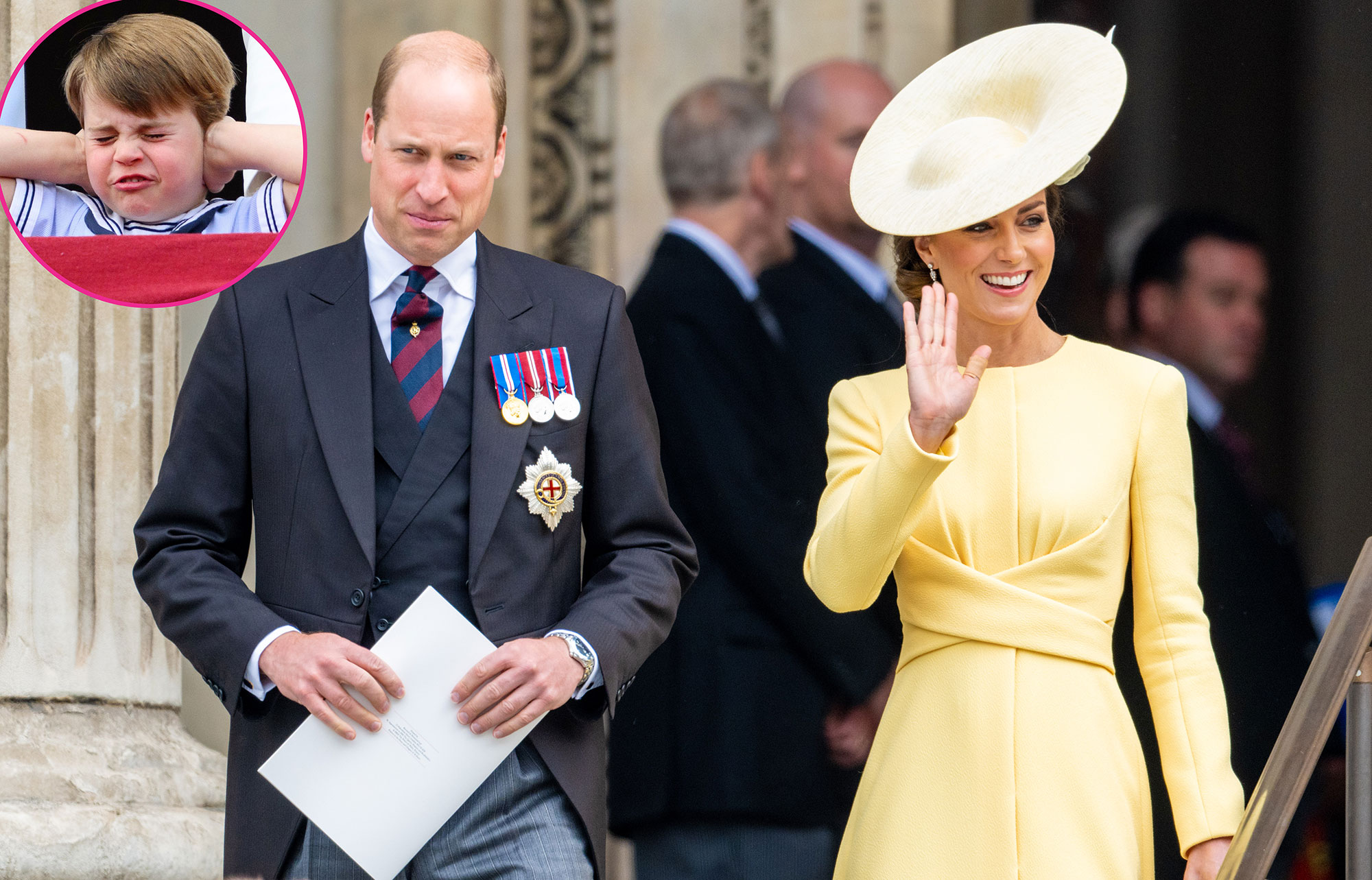 A royal ham! Prince Louis made tons of headlines during Queen Elizabeth II‘s Platinum Jubilee celebrations — and his parents, Prince William and Duchess Kate, seem to have noticed.

The Duke of Cambridge, 39, and his wife, 40, shared a recap of the festivities via their official Kensington Royal Twitter account, and one of their tweets seemingly hinted at the adorable antics of their youngest son, 4.

“What a fantastic weekend of celebrations. Seeing people across the nation coming together with family, friends and loved ones has been extremely special,” the duo tweeted on Monday, June 6. “Thank you to everyone who turned out to show their gratitude to The Queen and her inspiring 70 years of leadership. From the crowds on the Mall to communities hosting street parties up and down the country, we hope you had a weekend to remember.”

In a third tweet, they added: “We all had an incredible time, especially Louis… 👀.” The post included a photo of the young royal standing next to his dad on the day of the Trooping the Colour parade, which happened on Thursday, June 2.

Their ‘Gan-Gan’! Queen Elizabeth’s Best Moments With Her Great-Grandchildren

Louis’ reactions at the Jubilee became a meme almost instantly after he was spotted making faces on the balcony at Trooping the Colour while standing next to his great-grandmother, 96. At one point, he covered his ears during a ceremonial flyover while the queen encouraged him to look at the planes. 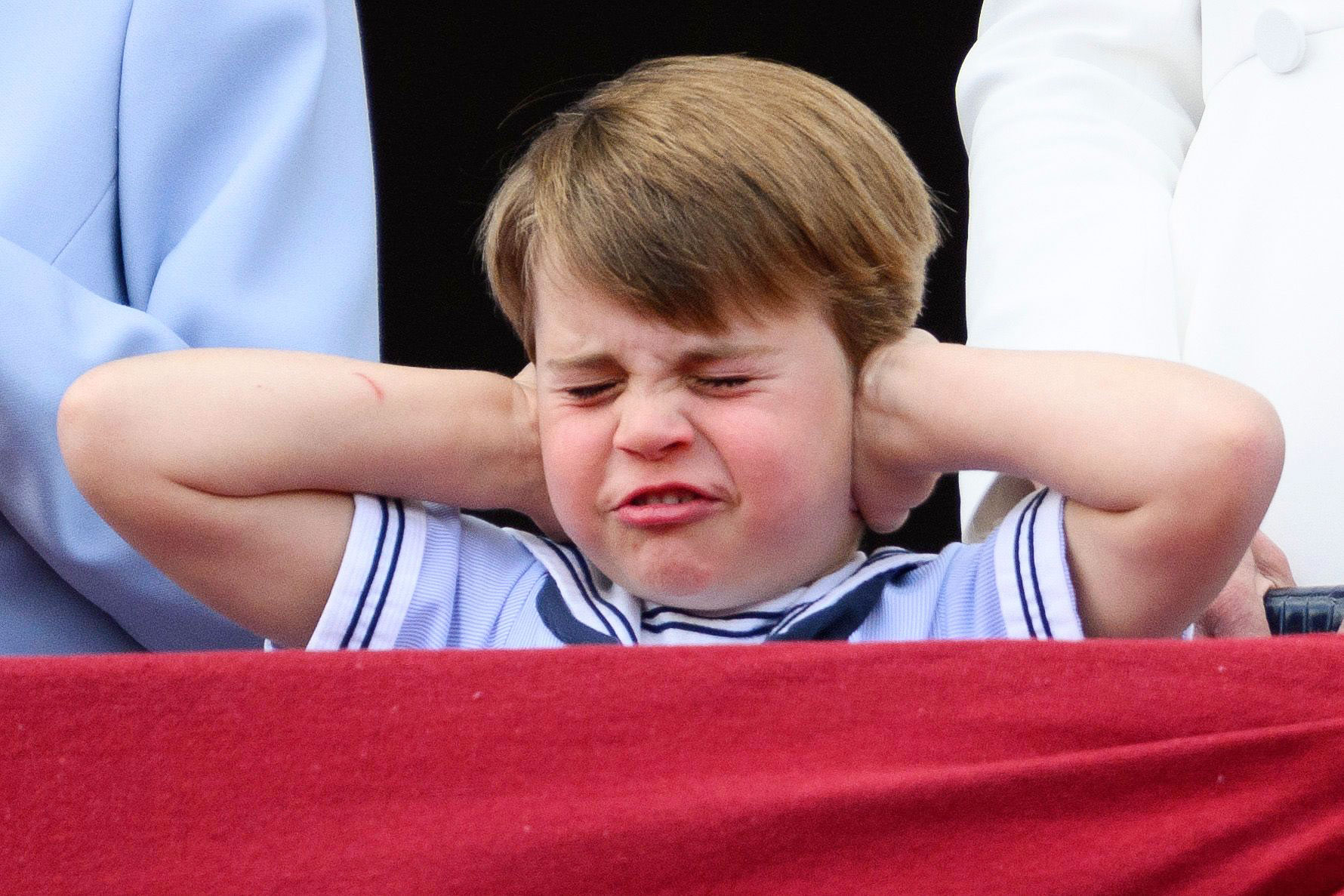 That same day, his 7-year-old sister, Princess Charlotte, tried to get him to stop waving to the crowd as he rode in a carriage with his mom and Duchess Camilla on Thursday. During the Platinum Jubilee Pageant on Sunday, June 5, Louis pulled more faces while sitting between his mother and Charlotte. (Prince George, 8, was seated on Charlotte’s other side.)

At one point, Louis shushed his mom by putting his hand over her mouth when she seemingly tried to focus his attention on the concert at hand. He also stuck his tongue out at her and flashed peace signs from his seat.

One place where Louis didn’t get a chance to show off his scene-stealing skills was the Party at the Palace concert on Saturday, June 4. George and Charlotte were spotted in the crowd watching performers including Diana Ross and Lin-Manuel Miranda, but their little brother was nowhere in sight.

“Kate and William felt that Louis was too young to attend the Party at the Palace as it went on until late,” an insider exclusively tells Us Weekly of the youngest Cambridge’s absence. “He stayed at home.”

Though the Jubilee was an extremely busy time for the whole royal family, the source notes that the kids still had an absolute blast.

“They’re tired, but are having the time of their lives,” the insider tells Us.

The Platinum Jubilee, which celebrated Elizabeth’s history-making 70 years on the throne, wrapped up on Sunday after four days of programming. After Trooping the Colour, the monarch missed several events because of “discomfort,” but she made a surprise appearance on Sunday when she stood on the Buckingham Palace balcony with her family.

With reporting by Natalie Posner