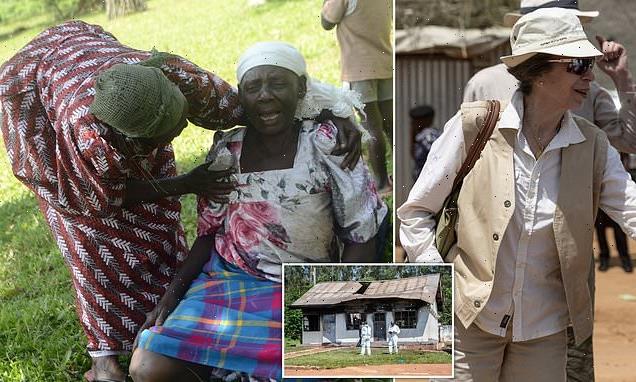 Princess Anne has expressed her shock at a fire which killed 11 schoolgirls at a school for the blind in Uganda, which she was due to visit on Friday.

In a statement, the Princess Royal, 72, said her ‘thoughts and prayers’ were with staff and families at Salama School in the Mukono District, which she had planned to visit in her role as patron of charity Sense International.

The fire, which broke out in the school dormitories at 1am local time on Tuesday morning, killed 11 pupils and left six more people in critical condition in hospital. 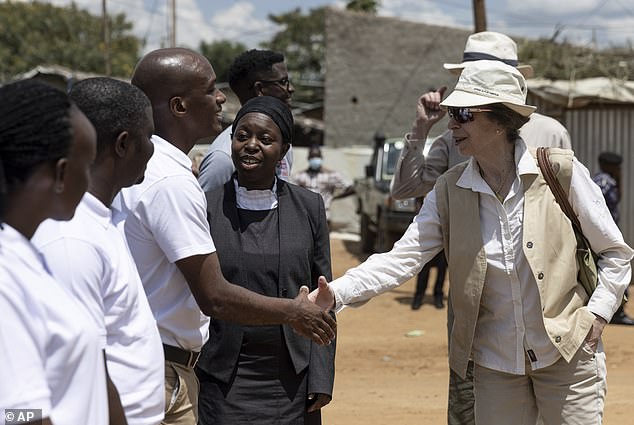 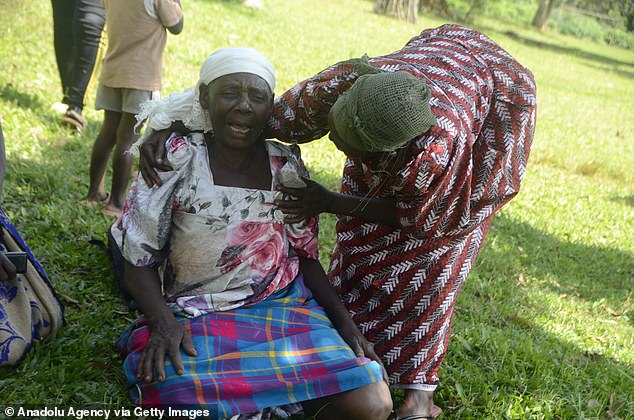 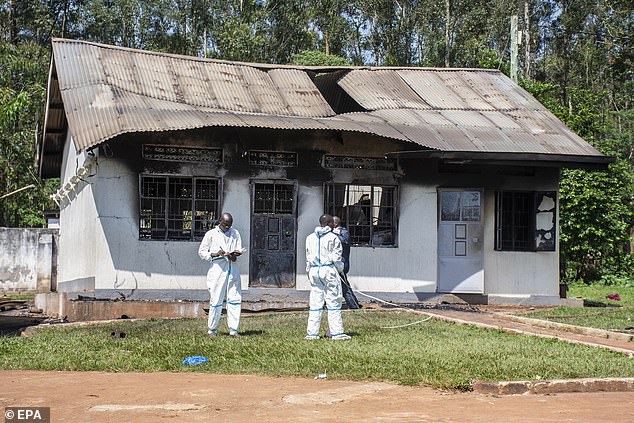 The fire broke out in a dormitory (pictured) at around 1am on Tuesday morning, local time. The cause of the blaze is still under investigation

The Sun reports Her Royal Highness’s statement read: ‘I was shocked to hear the news of the tragic loss of life. The work of Sense International across many countries is hugely appreciated, working with such a vulnerable group of children.

‘Our thoughts and prayers are with the families and staff.’

The school’s headmaster Francis Kirube, who is also blind, said the flames swept through the dormitory as the pupils slept.

Images from the scene of the blaze showed a charred but still largely intact building where the fire broke out, its window frames and door blackened and the corrugated roof damaged. 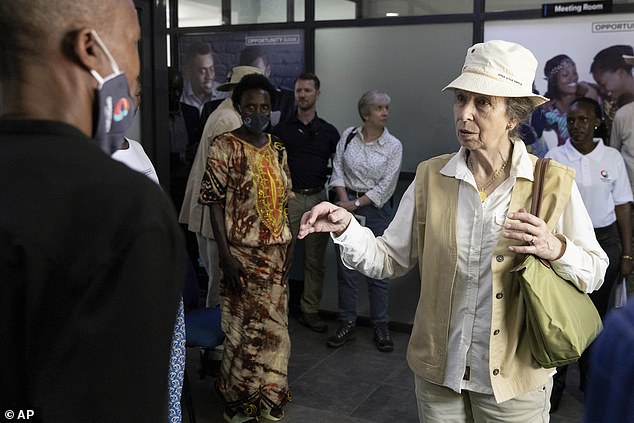 The Princess Royal is currently visiting the African nation with her husband Tim Laurence, 67, as part of her second overseas visit since the Queen passed away at the age of 96 on 8 September 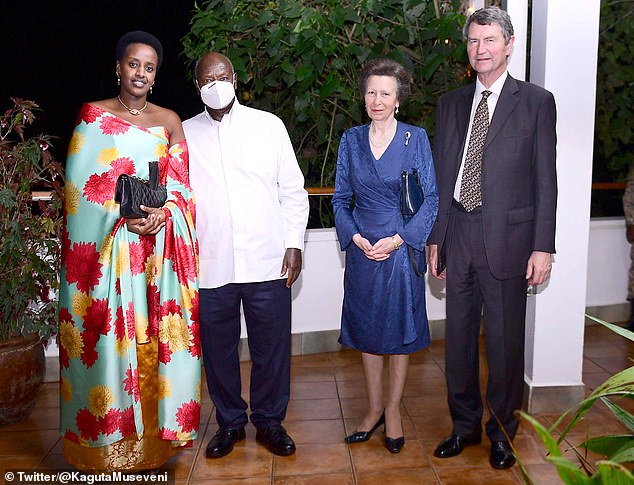 Forensic teams were seen in white protective gear at the school, while grieving parents were pictured weeping as they sat on the ground nearby.

Ugandan police are still investigating the cause of the fire and have said more details will be released when they are available.

As the community reels from the fire, it is unclear if the Princess Royal’s visit to the school will go ahead as part of her tour of Uganda with her husband, Vice Admiral Sir Tim Laurence, 67, which has so far seen her visit organisations working to end poverty as part of her charity work.

On Wednesday, Anne opened a bank at the Nakivale refugee settlement, which offers specialised financial services for individuals and small businesses.

She was also pictured speaking to members of the ‘Unleashed’ youth entrepreneur group, which works to empower social enterprise leaders.

Later in the day, Her Royal Highness also visited the settlement’s Wenzetu Women’s Group, which supports the parents of children with disabilities.

The visit to Salama School was not the only engagement on Princess Anne and Sir Tim’s itinerary for Friday, with a visit to an HGV driver training programme scheduled too.

The Princess Royal co-founded the organisation – which provides safe and sustainable transport – with Save the Children and The Chartered Institute of Logistics and Transport (CILT) 25 years ago.

The Uganda tour is Princess Anne’s second overseas visit since the death of her mother, Queen Elizabeth II, on 8 September.

The ‘hardest-working royal’ made a whistle stop, low-key tour of New York City earlier this month, which involved hardly any press or promotion.

On Tuesday evening the Princess Royal paid tribute to her late mother with a brooch she had inherited while at dinner with Yoweri K Museveni – the President of the Republic of Uganda – and his daughter Natasha at the state residence in Kampala.

She donned Empress Maria Feodorovna’s Sapphire Brooch, which had been handed down to her by her mother.