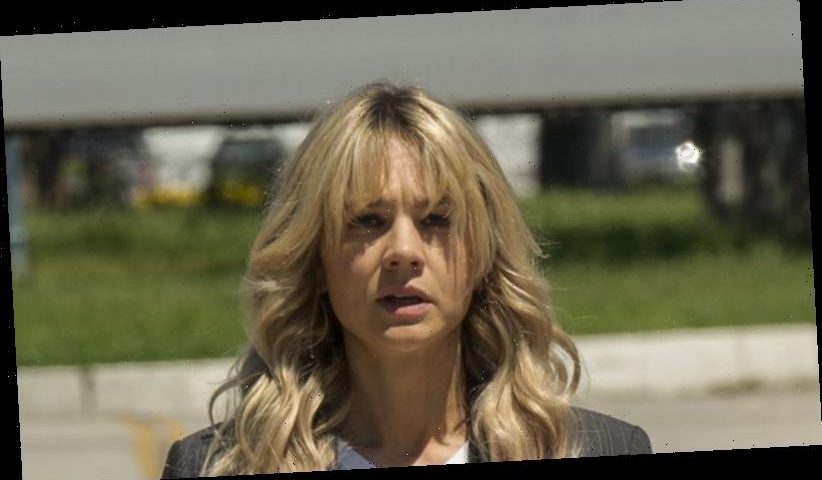 The key to the appeal of Promising Young Woman does not stem from the fact that the writer-director, Emerald Fennell, played the young Camilla Bowles in The Crown.

The main clue lies in Fennell’s experience as head writer on the second season of the incendiary series, Killing Eve. It makes her an expert in forging unholy unions between lacerating humour and violence, both planned and unplanned. 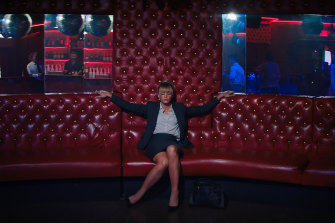 The film opens with a scene in a bar where an all-male group of youngish business types are eyeing a pretty girl slumped on a banquette. She seems drunk enough to be on the verge of passing out and one of the group announces that he’s going across to make sure that she’s all right. The others chortle in disbelief at this display of chivalry but it seems at first as if he’s being sincere. Only when he and the girl end up in his apartment do we realise that he isn’t. But so does she. Far from being as drunk as she seemed, she snaps to attention, looking extremely eager to administer a caustic verbal lesson in sexual morality.

Fennell’s script takes its time in revealing the full reason for the crusade which has hijacked the life of Carey Mulligan’s Cassandra Thomas, sending her out each week to humiliate any man unwise enough to take advantage of her seemingly intoxicated state. To the despair of her parents, Susan and Jerry (Jennifer Coolidge and Adam Brody), she’s dropped out of medical school and at the age of 30, is still living with them – although they have no idea how she spends her evenings and they don’t ask, knowing that she’d evade the question with a few glib words and the condescending little smile that punctuates all their conversations. 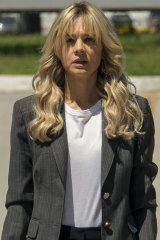 Mulligan is very good at this. Cassandra is obsessed but her anger is thoroughly camouflaged by the mischievous gleam in her eye and the air of self-possession with which she goes about her campaign of subterfuge. She’s a nocturnal avenger with a disguise to fit every venue. For the corporates’ watering-hole of the film’s opening scene, it’s a pin-striped suit with a sharply pressed white shirt. For less classy bars and discos, it’s glitter, scarlet lipstick, false eyelashes and a lot of hip-swinging.

Fennell’s taste for the sardonic is also reflected in the film’s insistently upbeat score, which is stacked with a range of hits spanning 50 years, and in the ebullience of the production design. The coffee shop where Cassandra works as a waitress has a frothy pink and white palette, while her parents’ house is a time capsule, full of gilt, tasselled damask and the cutest of figurines. It’s a visual iteration of the fact that her life has stalled since the trauma that inspired her urge for revenge.

But partway through the film, it looks as if she’s going to be diverted from the hunt by a more wholesome preoccupation. Coincidence puts her back in touch with Ryan (Bo Burnham), a former classmate from medical school. Now a paediatric surgeon, he’s funny, self-deprecating and able to take no for an answer when she tells him that things are moving a little too fast. All is going well until Fennell delivers the kind of happiness montage that directors use when they’re stuck for a fresh way of demonstrating the excitements of falling in love.

Since she has already proved adept at subverting so many romcom cliches, it’s clear that the troubles that invariably follow such bliss are going to come with a twist. And while it’s not much of a surprise, it heralds a climax and an ending which are anything but predictable.

It’s a film that neatly avoids any trace of didacticism. Produced by LuckyChap Productions, the Los Angeles-based company run by Margot Robbie and her partners, it takes an acutely satirical tilt at its targets with a deadpan tone that invokes comparisons with I, Tonya, the film which gave Robbie’s career a big boost in 2017.

Not that its subtleties dilute its power. It’s this unsettling juxtaposition of light and shade that accounts for its power.

Find out the next TV shows, streaming series and movies to add to your must-sees. Sign up to get it every Thursday.