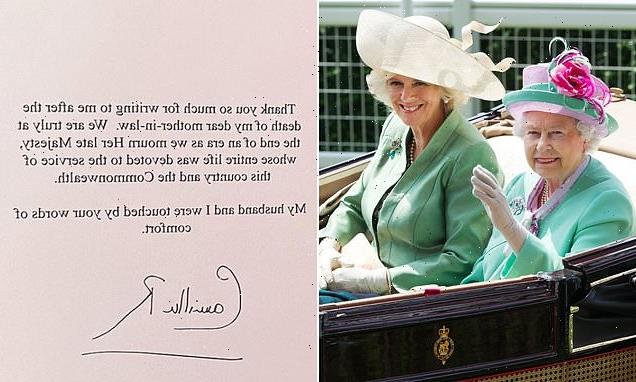 ‘Camilla R’: Queen Consort’s new signature is revealed on a thank you card to thank well-wishers for their condolences – featuring the royal alongside her ‘dear’ late mother-in-law

A card signed by the Queen Consort shows the new signature she has adopted since becoming the wife of the reigning monarch – Camilla R.

The greeting card, which was shared on Instagram by a royal watcher, boasts an image of Camilla, 75, with the late Queen Elizabeth, which was taken in 2013 as the pair attended Royal Ascot together.

Camilla sent the thank you message to a well wished who had been in touch to send condolences following the death of the Queen.

The royal’s typed message said: ‘Thank you so much for writing to me after the death of my dear mother-in-law. 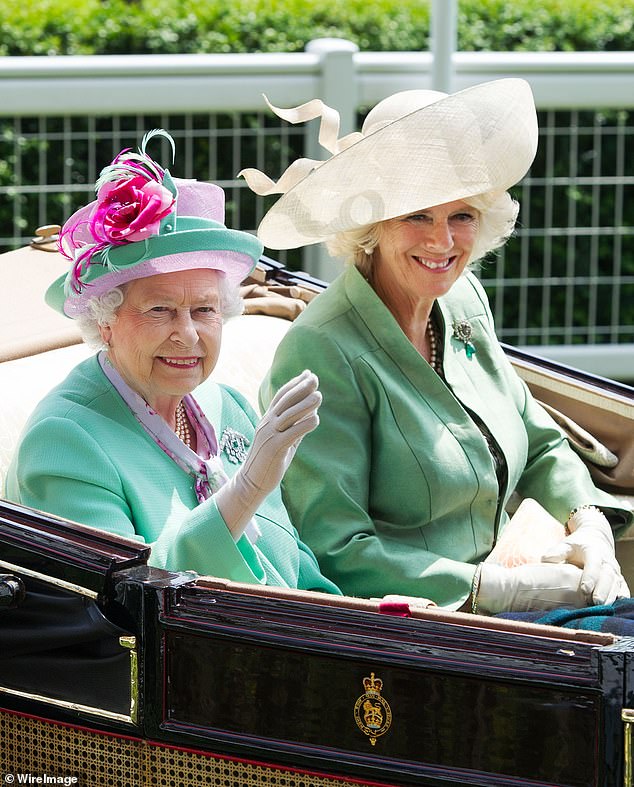 The Queen Consort sent a thank you message to a royal watcher. The card boasted this image of Camilla, 75, with the late Queen Elizabeth in 2013 at Royal Ascot 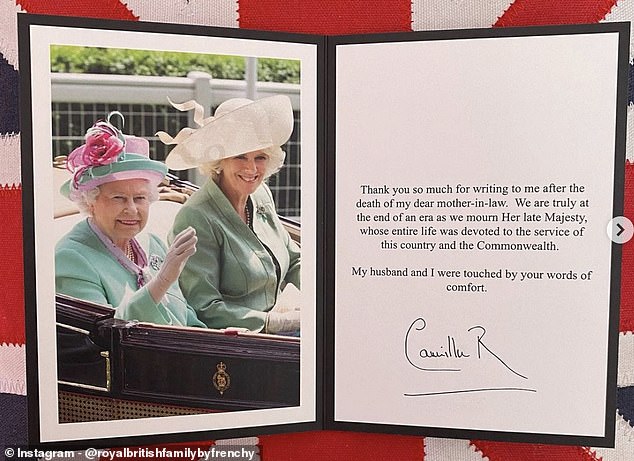 Camilla R: the card featured the Queen Consort’s new signature, in which the ‘r’ stands for the Latin word ‘Regina’ meaning Queen

‘We are truly at the end of an era as we mourn Her late Majesty, whose entire life was devoted to the service of this country and the Commonwealth.

‘My husband and I were touched by your words of comfort.’

She then finished the message with a handwritten sign-off bearing her new signature ‘Camilla R’.

Camilla is first thought to have publicly used her new signature at the Accession Council at St James’s Palace on September 10, confirming King Charles as the new monarch. 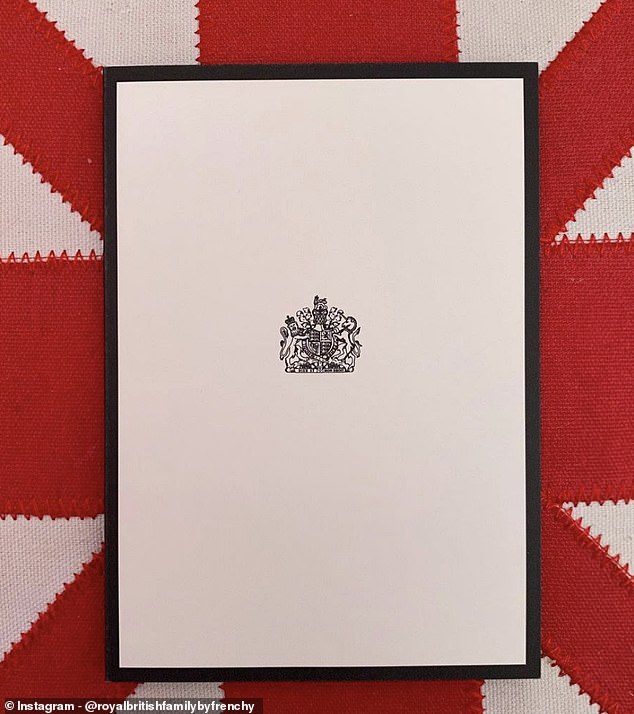 The front of the thank you card signed by Camilla bore the royal coat of arms, with the photo and message inside

The use of ‘R’ in monarch’s signatures dates back centuries, according to royal historian Marlene Koenig.

She told Harpers Bazaar: ‘It designates the authority of the sovereign.

‘You will find the use of ‘R’ as far back as Henry I [who ruled in the early 12th century]. It is how they sign all official documents, as well as formal letters, etc.’

Camilla is not the only consort to use the royal initial, others to do so include Queen Mary and the Queen Mother.

However Queen Elizabeth’s husband Prince Philip chose not to, and simply signed his first name.