The end of Trinkets is here and Quintessa Swindell, who played Tabitha on the Netflix series, wants the story to act as a beacon of hope for young viewers. If you’ve made your way through Season 2 (and are managing to read this through the tears), you know the best friends at the center of the story have faced all types of struggles throughout their two-season journey. But according to Quintessa Swindell, Trinkets’ racial profiling scene in Season 2 was especially emotional — and that’s why it’s important for fans to see.

Spoiler alert: Don’t read on unless you’ve watched the entirety of Trinkets Season 2. The series follows three friends — Elodie (Brianna Hildebrand), Moe (Kiana Madeira), and Tabitha (Swindell) — who formed an unlikely bond through their mandated Shoplifter’s Anonymous meetings. Swindell’s role of Tabitha, the wealthy, popular "it girl" of her school, is something the 23-year-old wasn’t expecting to land. As a biracial, non-binary, gender-nonconforming actor, Swindell just didn’t envision it.

"I had never pictured myself in a project like this because stereotypically, it just seems like specific parts are allocated to specific types of people and the popular girl is always just someone not like myself," Swindell tells Elite Daily. "But I think that’s the connective tissue of the show itself: Everyone is just so different."

Swindell found meaningful connections with Tabitha throughout the series. "I know what it feels like to walk around and try to understand and see myself in [the world]. And I feel like that, in essence, is what Tabitha is actively trying to figure out," they say. "That was what connected me more to it, and not like, ‘Oh, it’s a cis girl.’" 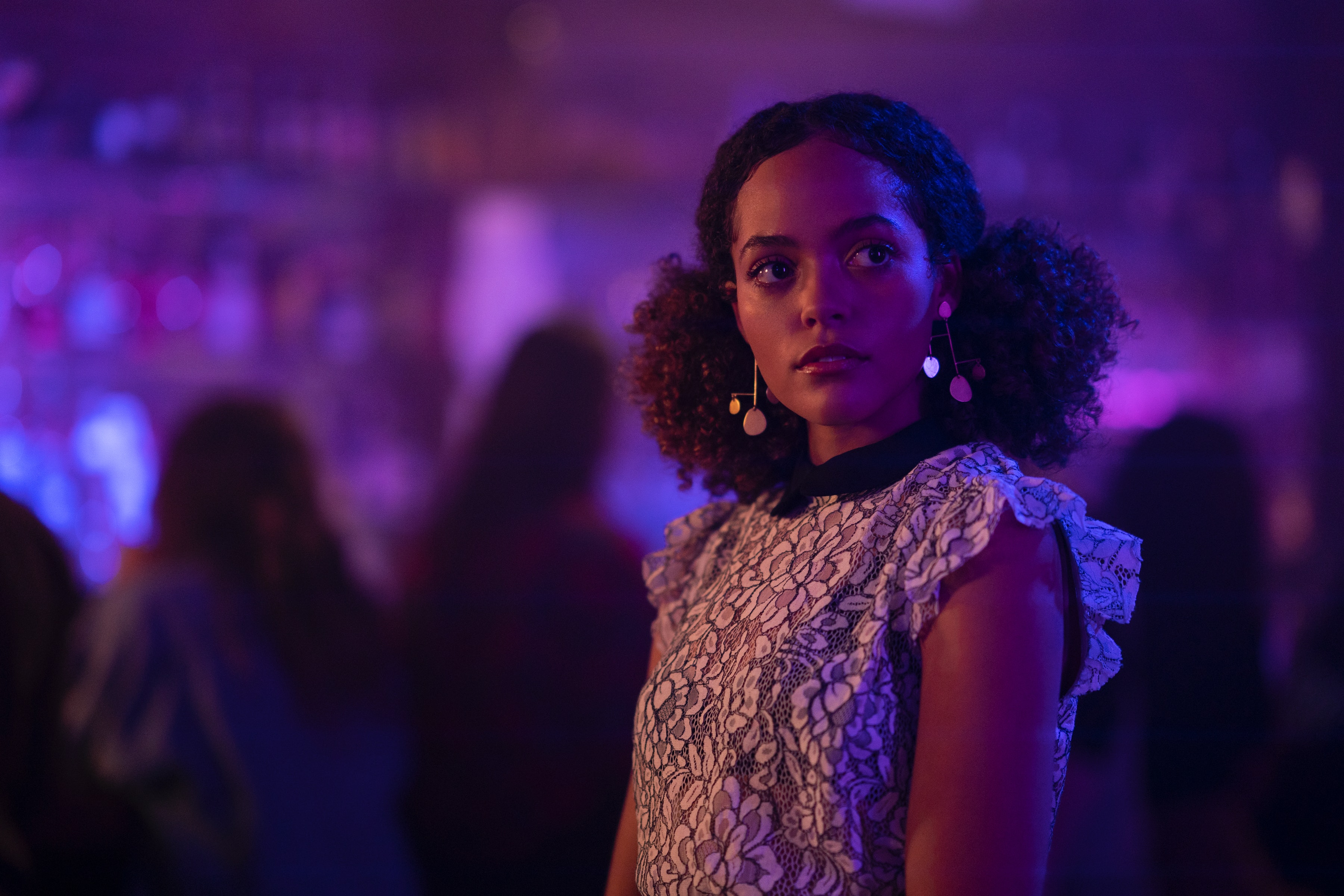 Like the show as a whole, Tabitha’s storylines touched on a wide range of real-world topics, such as abusive relationships, parents facing separation, and racism. The latter was specifically addressed in the latest season, when Tabitha was racially profiled on a shopping trip with her mother, Lori (Joy Bryant). While she was browsing in a high-end store, Tabitha was followed by a white shopkeeper and was eventually asked to show the manager her bag. After refusing, Lori ushered Tabitha out of the shop and the two sat in the car and spoke candidly about the casual racism people like them have faced for generations.

"It was so hard to film, because I was just getting so frustrated with what was going on. Like, this happens, and I can’t do anything about it except for, you know, leave [the store]," Swindell says.

Despite the emotional toll, Swindell understands how crucial showcasing this type of situation on screen was. "I don’t think any person of color — like [not] specifically a Black person, [but a person] of any [color] — has ever not gone through a situation like that," they explain.

In fact, Swindell experienced a moment just like this only a few weeks ago. As they were perusing makeup aisles, multiple store employees followed them around. "Numerous people [were] coming up to me and just like, not saying anything — just like, fixing some stuff or walking behind me or just standing. And it was fascinating, especially in the current climate, with people not understanding how that still feels and how that actively plays a role in someone’s marginalization and someone’s discomfort," they explain. "I feel like, that’s what Tabitha understands [in that scene]: Even her socioeconomic status doesn’t really negate her from the experience of being racially profiled." Though this kind of experience can cause all kinds of trauma, in Tabitha’s case, Swindell feels it was a moment of awakening for their character. After Tabitha told a Black classmate named Marquise (Austin Crute) about what happened in the store, Marquise imparted some wisdom. "We need to be able to walk into these white spaces with our unapologetic Black faces," he told her, and encouraged her to embrace her heritage by switching up her look.

The very next scene, viewers saw Tab getting her hair done and then flaunting her new braids to Elodie and Moe. "I feel like the process of her getting braids is that [unapologetic] moment for her," says Swindell. "I think it’s just incredibly beautiful, because I remember as a young biracial person just also kind of being like, ‘Where’s my spot in my culture? Am I taking anything away? Or am I adding anything to it actively?’" 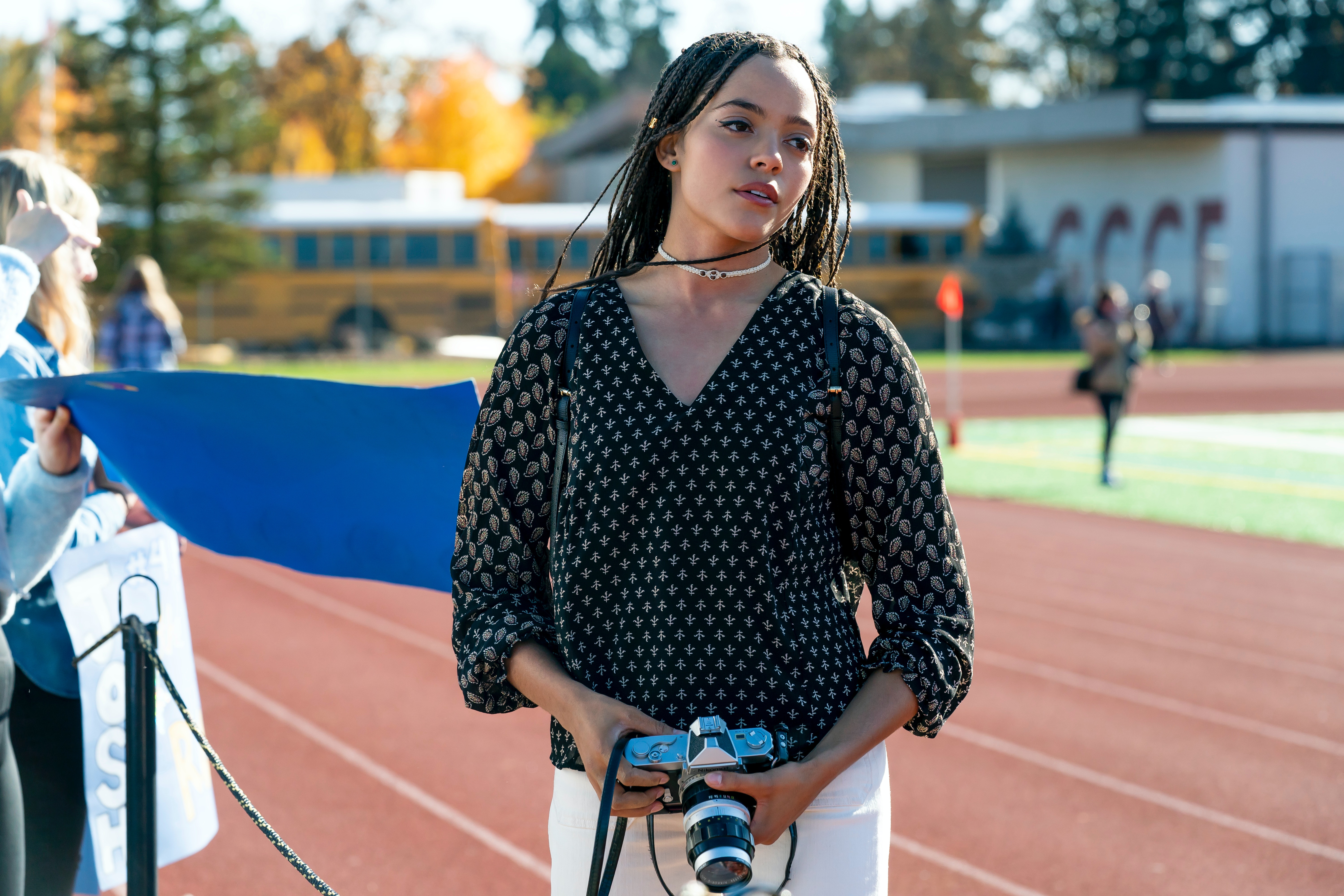 Swindell wants fans to learn from Tabitha’s newfound strength and sense of self in Season 2. "I hope young biracial girls are abundant in their identities and young Black girls take from it [that] anything and everything is possible," they say. "A person’s situation doesn’t impact who they are and who they can be [after] whatever experience they face."

Though Season 2 is the conclusion of Elodie, Moe, and Tabitha’s on-screen adventures, Swindell thinks the series ended in the best possible way. "When we finished, it was like, ‘Wow, it was a story,’" they say. "We’re all just so unified together creating this project … All the loose ends were tied up. It felt really good finishing it. [I’m] just very proud of it."