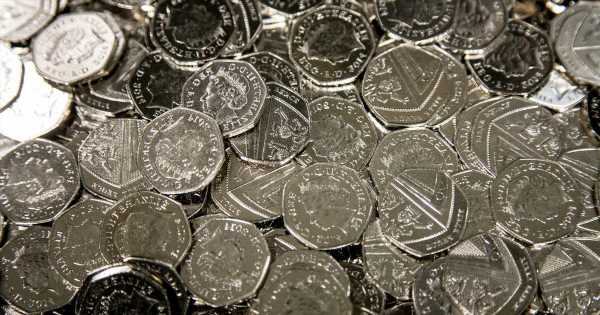 A rare coin has just fetched for an eye-watering amount on eBay.

The Kew Gardens coin sold on October 11 for £281 after a number of bidders tried to get their hands on the change.

It is one of the most popular among coin collectors as only 210,000 were minted making it very rare.

According to the Royal Mint, it is one of the top 10 rarest coins in circulation beating a number of commemorative coins.

Now it has sold for a fortune on eBay with numerous coin collectors bidding on it.

It's no surprise it sold for that amount since it's popular among collectors.

Previously the 50p coin flogged for a fortune on eBay after it racked up a total of 34 bids in a weekend.

The seller explained this one had been in circulation but was still in "great condition".

It started with a listing of 99p and within seven days it closed with the final £161.55 sale on October 10.

The coin was designed by Christopher Le Brun that shows the Kew Gardens pagoda with the dates 1759 and 2009.

It first entered circulation in 2009 through post offices and banks across the UK.

The 50p is thought to be rare as there are only a few thousands, compared to a standard minting of around 5 million.

Around one in every 300 households in the UK could own a Kew Gardens 50p coin, according to the Royal Mint.

We recently shared an old 50p which is thought to be rarer and harder to find than the Kew Gardens coin.

The EC 50p coin was released between 1992 and 1993 by the Royal Mint to mark the completion of the Single Market.

It was also launched to celebrate the UK's presidency of the European Council.

With its design it features a birds-eye view of a conference table with 12 chairs around it for each of the ministers.