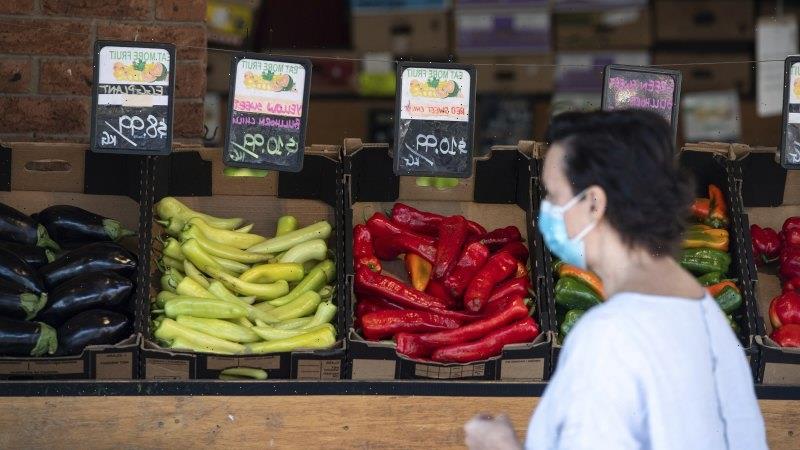 Central banks will have to keep lifting interest rates and governments to cut spending if inflation is to be brought to heel, the International Monetary Fund says while conceding the risks of a global recession next year are growing.

Ahead of Wednesday’s June-quarter consumer price index release, which is expected to show inflation in Australia climbing at a 32-year high of 6.2 per cent, the fund warned the fight against inflation would probably worsen the “hardship” facing many people. 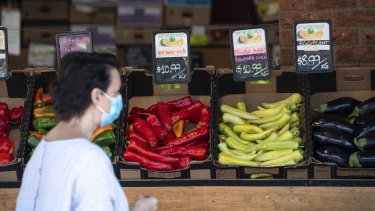 Central banks need to lift interest rates and governments need to tighten budgets to deal with inflationary pressures, according to the IMF.Credit:Penny Stephens

Inflation pressures around the globe have increased this year, in part due to the war in Ukraine, increases in government spending, strong consumer demand and supply chain issues tied to COVID-related problems in countries such as China.

In its latest outlook, the fund forecasts global economic growth to slow sharply to 3.2 per cent in 2022 and 2.9 per cent in 2023, from 6.1 per cent last year. In April, the IMF was expecting growth of 3.6 per cent this year and next.

While the global economy is slowing, the IMF believes inflation is getting worse. It expects inflation to reach 6.6 per cent across advanced economies this year, a 0.9 percentage point increase over its April forecast.

It does not believe inflation will retreat to its pre-pandemic level until 2024, suggesting ongoing price pressures and falling real wages across the globe.

IMF economic counsellor Pierre-Olivier Gourinchas said central banks should make the control of inflation their top priority, noting that at current levels it was a “clear risk” to economic stability.

But there was also a risk central banks could create a global recession next year.

“Tighter monetary policy will inevitably have real economic costs, but delaying it will only exacerbate the hardship. Central banks that have started tightening should stay the course until inflation is tamed,” he said.

“Major central banks have responded to high inflation by raising interest rates. But the exact amount of policy tightening required to lower inflation without inducing a recession is difficult to ascertain.”

A recession, according to the IMF, could occur in 2023, when several countries are expected to “bottom out” and households have exhausted the savings accumulated during the pandemic.

It puts the risk of a recession in the world’s seven richest nations at 15 per cent, about four times its normal level.

The Reserve Bank has often noted that Australian households saved an additional $250 billion through COVID-19, arguing this money will help them offset the impact of higher interest rates.

The bank is expected to use its board meeting next week to lift official interest rates by another 0.5 percentage points. This would take the cash rate to 1.85 per cent, the most aggressive tightening of monetary policy since 1994.

But a higher than expected inflation result on Wednesday could force it into a 0.75 percentage point rate lift that would add $350 to the monthly repayments on an $800,000 mortgage.

Many countries have introduced measures to ease inflationary pressures. The previous federal government sliced petrol excise by 22.1¢ a litre. That cut is due to finish at the end of September, with pressure on the new government to extend it.

But the IMF warned while this type of support could help the most vulnerable in society, it came with major risks.

“With government budgets stretched by the pandemic and the need for an overall disinflationary macroeconomic policy stance, offsetting targeted support with higher taxes or lower government spending will ensure that fiscal policy does not make the job of monetary policy even harder,” he said.

Treasurer Jim Chalmers said the government had inherited an economy less resilient to the shocks facing it.

“The world economy is entering a particularly difficult phase,” he said. “This confirms that the challenges facing the global economy are substantial, they are growing, they will be with us for some time and they are impacting us here at home.”