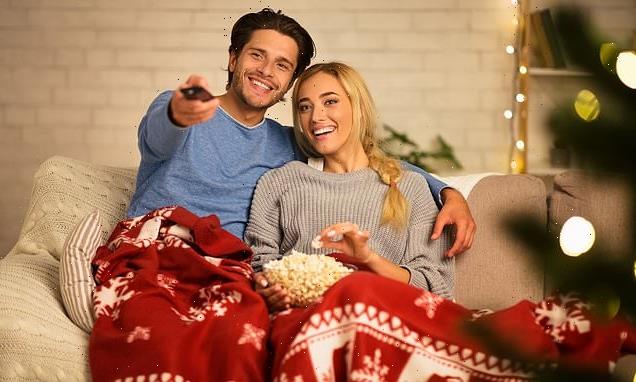 Is this the END of cuffing season? Dating experts reveal Gen Z singletons are snubbing winter relationships after lockdown taught them to enjoy time alone – and now they just want ‘fun with no restrictions’

For years even the most dedicated singletons have spent the colder months attempting to find a match to settle down with for the winter.

But this year it seems that fewer daters have bowed to the pressure of so-called ‘cuffing season’ and are continuing to enjoy single life.

Research from dating app Badoo revealed that less than a third of UK singletons are looking to settle down this winter, and almost half want a to take a more relaxed approach to dating.

Dubbing this year ’nuffing season’, the app claimed that far fewer Gen Z singletons are keen on starting winter relationships than their Millennial predecessors, with their main goal being to ‘date casually and have fun’.

It seems that a combination of growing used to spending time on their own during lockdown, and enjoying meeting new people after long periods of solitude, means that singletons aren’t in a rush to limit themselves to one person over the colder months. 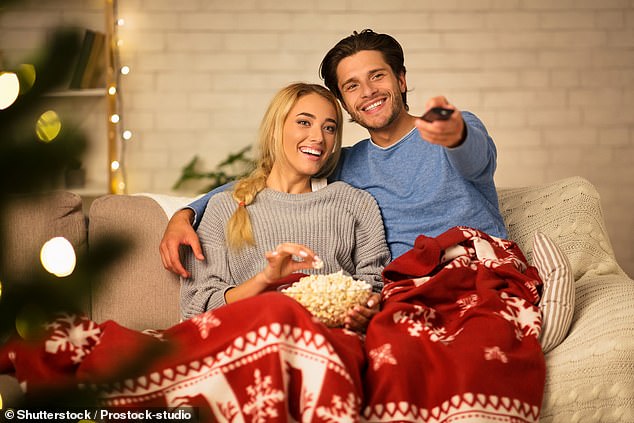 Research from dating app Badoo revealed that less than a third of singletons are looking to settle down this winter, and almost half want a to take a more relaxed approach to dating this year. Stock image

Natasha Briefel, Brand Marketing Director at Badoo said that after the restrictions of lockdown, ‘people don’t want any more restraints, they just want to have fun’. leading to a rise in ‘zero-pressure dating’.

She said the key to navigating dating at this time is to bea honest about what you want, whether that is to date casually, see how things go, or to find someone to connect with a bit more seriously.

‘You’ll be sure to find it if you’re honest and open – and if you don’t immediately, that’s ok,’ she said.

WHAT IS CUFFING SEASON?

As winter approaches, singletons are usually keen to spend their evenings nestled up at home with a partner than going out and dating, so find a short term partner to combat loneliness in the colder months.

Forget ‘ghosting’ and ‘catfishing’, THESE are the dating terms you need to know

Fleabagging: This term describes the behaviour of repeatedly dating the wrong men like Phoebe Waller Bridge’s character in Fleabag.

Glamboozling: Dates normally mean a new outfit, or at they very least  five minutes in the work toilets applying some lippy and mascara.

So when you’ve got all glammed up and you get bamboozled, or stood up at the last minute, then sorry but you’ve been glamboozled.

Caspering: Ghosting can be cruel – you’ve dated someone for a while and you thought they liked you, but then they just disappear into nowhere.

So this term, referencing the friendly ghost, Casper, is a nice way to let someone know that you’re about the disappear on them.

Flashpanning: We’ve all been there, the honeymoon period of any relationship is always the best and most of us want to stay in it forever.

However, most of us  stay through the tough times and don’t run away when the romantic, exciting parts, have vanished.

However a flashpanner won’t think twice of ghosting you after they realise that the romance and fun has left the relationship.

Zombie-ing: This is when a person who ghosted their date suddenly reappears and acts like nothing has happened and continue where they left off.

Benching: This is when daters are not ‘into’ someone enough to commit but they want to keep them on the side lines as an option.

Breadcrumbing: This is when somebody gives people just enough attention to keep someone around and keep the hope of a relationship alive.

Cushioning: ‘Cushioning’ is the dating move that sees people that are in a relationship flirt and chat with other people on the side.

Yellow Carding:Just like a when a footballer is cautioned, or given a yellow card in a game, this refers to calling out a date or a boyfriend about their bad behaviour.

You’re not dumping them – but by signalling that you’re not happy you’re warning them that their benching or glambozzling isn’t acceptable.

Exoskeleton-ing: Ever heard from your partners ex via Instagram or Twitter? You’re not the only one –  more than a fifth of us have been through this.

The term has been named exoskeleton-ing – perhaps referring to finding one of your dates skeletons popping out of the ‘social media’ cupboard.

Relationship expert Rachael Lloyd at dating website eharmony explained: ‘Cuffing season is the time of year where single people begin looking for a partner to settle down and get cosy with over the winter months.

‘Think long nights in on the sofa, endless box-sets and romantic candlelit dinners. It exists because singletons are keen to combat loneliness over the winter period and less motivated to leave the comfort of their own homes.

‘The shorter days can impact mood too, we’re wired to crave deeper connections when it’s cold, wet and dark outside. Typically though, couples who are simply warding off the winter blues together end up going their own way once spring (and the warmer weather) arrives.’

WHY ARENT SINGLETONS SETTLING DOWN THIS YEAR?

This year singletons are far less likely to settle on a partner because they’ve become more accustomed to spending time on their own during the pandemic, and enjoy the fun of meeting new people after such long periods of solitude.

Rochelle Knowles, founder of Mindful Eyes, said: ‘People have become more secure being on their own because of isolation during the global pandemic.

‘Because of the mental health movement growing during the pandemic, Gen-Z values working on themselves, working on facing their fears, worries, limiting beliefs before getting into a relationship, with an understanding they would bring a happier version of themselves to their next relationship. It’s much harder to ‘work on yourself when you have another person in the mix.

‘Being single means you can be totally selfish, watch the TV programmes you want to watch, eat the food you want to eat and partake in only the things you actually want to do, again something people have become accustomed to due to periods of isolation.’

Rachel added: ‘Many 20-something single people simply have no interest in settling down with one person this winter.

‘During the pandemic they learned they could actually be on their own, they could enjoy family and friendships without this desperate need to get into a big romantic commitment during the colder months. Instead they are embracing all the fun that comes with meeting and dating new people.

‘Added to that, news this week of rising infection rates means that singles don’t want to lose out on the opportunity of fun winter dates whilst they are still an option.

WHY ARE GEN Z LESS LIKLEY TO SETTLE DOWN DURING CUFFING SEASON?

Rachel claims that the tech savvy Gen-Z generation of daters are less likely to settle for a winter partner because they know they have a world of other singletons at their fingertips, as well as being less traditional than previous generations.

‘Choice is a key factor’, she said. ‘Not only are Gen-Z tech savvy and have a wide range of dating choices available to them.

‘Generally speaking, they’re also more open and less bound by tradition than any other generations. They have seen the pressure put on older generations to conform to certain narratives like settle down by 30, and they are rebelling against dusty, authoritarian concepts.

‘They are instead more committed to enjoying relationships in the here and now, rather than people pleasing others. Their focus is on pure and simple happiness, and with that comes a sense of choice and liberty.’

IS THIS THE END OF CUFFING SEASON?

The experts claimed that while this year singletons are happy dating throughout the winter, cuffing season will likely return in future years as daters embrace the ‘comfort and ease’ of seasonal relationships.

Rachel said: ‘The fact that singles are less interested in settling down with a partner for winter is largely in reaction to the pandemic and the overhanging effects of three lockdowns in 18 months.

‘Cuffing season will likely return as singles embrace the comfort and ease of these shorter-term relationships.’

Rochelle added: ‘Humans will always crave affection and company, it comes from the pack mentality.

‘During the pandemic individuals, ability and confidence to be alone has strengthened, therefore having less of a need/want to cuff yet there will always be a desire for company and for human to human affection during the colder and darker months.’