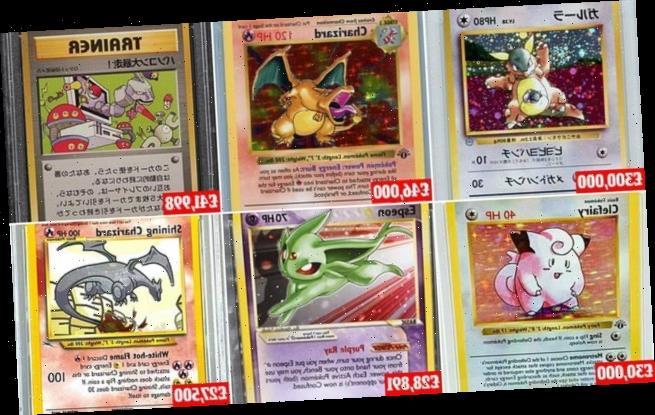 Are YOUR childhood Pokémon cards worth a fortune? Demand for collectibles has soared with rare finds worth as much as £300,000 – but they have to be in mint condition

Many of us have childhood toys tucked away in the loft, unaware that they could be worth a fortune.

If you’re the lucky owner of these top ten Pokémon cards, you may be surprised to hear they could fetch you thousands of pounds each on the second-hand market.

With Pokémon’s 25th Anniversary celebrated this year, UK-based experts at ManySpins.com trawled through hundreds of cards available on eBay to find just how much they could be worth.

The most expensive card currently listed on eBay is the 1998 Holo Parent and Child Tournament Trophy Kangaskhan, at an eye watering cost of £300,000. 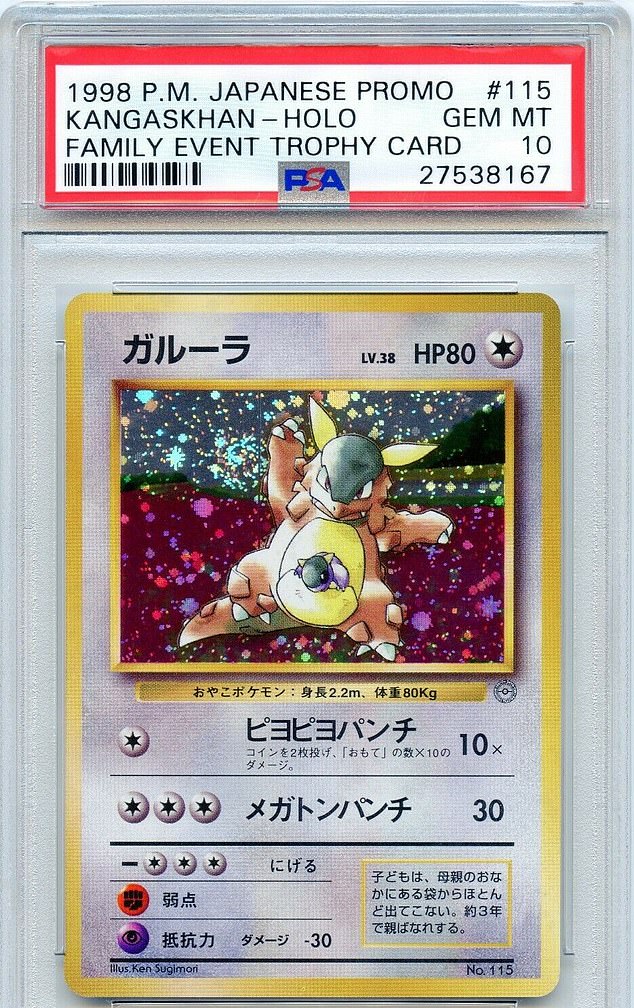 The most expensive card currently listed on eBay is the 1998 Holo Parent and Child Tournament Trophy Kangaskhan (pictured), at an eye watering cost of £300,000 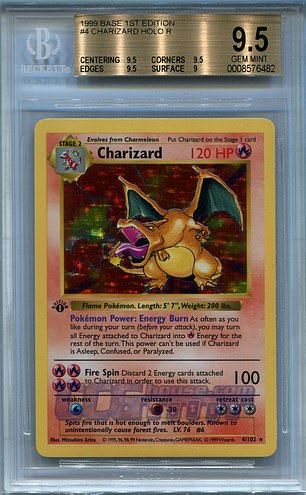 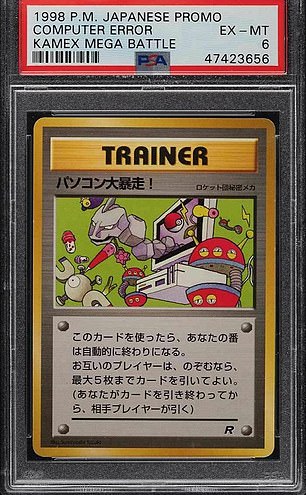 Placing second is the Shadowless First Edition Charizard card, currently expected to be snapped up for £46,000 (pictured left) and in third is the 1998 Kamex Mega Battle Trophy, expected to fetch £41,988

Industry experts say demand for Pokémon cards has increased over the last five years as millennials who grew up with the collectibles seek to recapture their childhood. This in turn has driven up the price.

But in unfortunate news for most people who’ve hung onto those cards, they need to be in mint condition in order to be worth a significant sum.

The second most valuable card on the UK market is the Shadowless First Edition Charizard card, currently expected to be snapped up for £46,000.

Booster Shadowless Clefairy (Holo) and Espeon Gold Star round off the top five most expensive cards, with the highest sale price of £30,000 and £28,891, respectively. 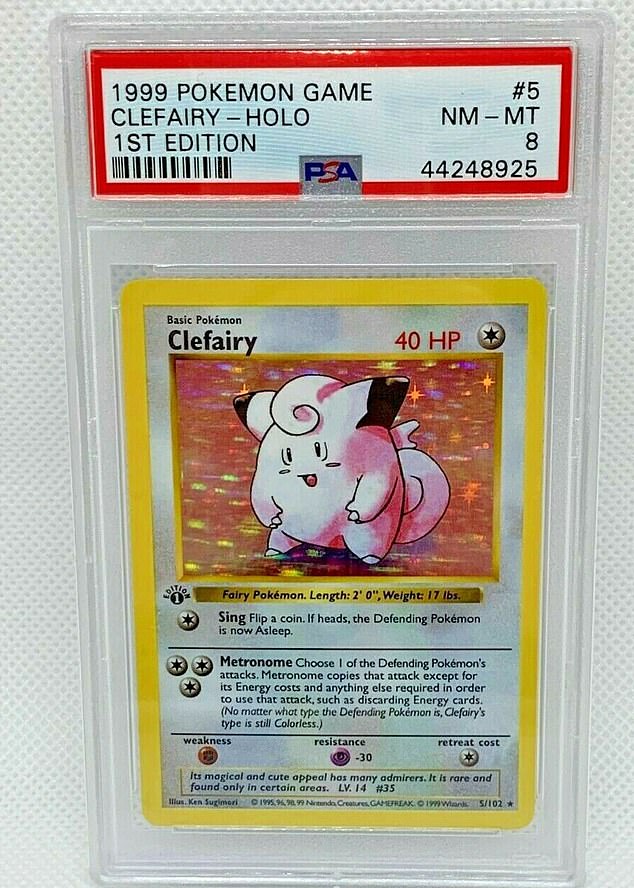 In fourth place is the Booster Shadowless Clefairy (Holo), with the highest eBay Selling Price £30,000 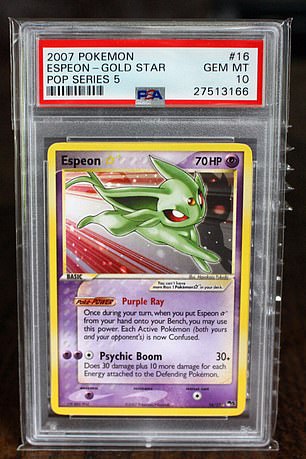 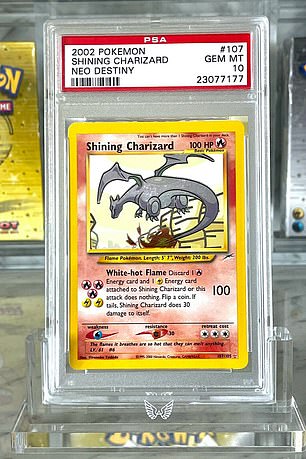 Jacob Flood, avid card collector, commented: ‘I’ve always been into Pokémon since I was a child, but in the last five years or so they have become incredibly popular as a collectible because of their nostalgia.

‘As Pokémon cards are 25 years old now, they have become increasingly difficult to source, particularly in mint condition.

A 1st Edition shadowless Pokémon has specifically become one of the most sought after.

‘I personally would always be happy to invest in Pokémon cards, particularly PSA cards, as it’s a memory from my childhood that I can keep for years to come as they become more and more historic.’ 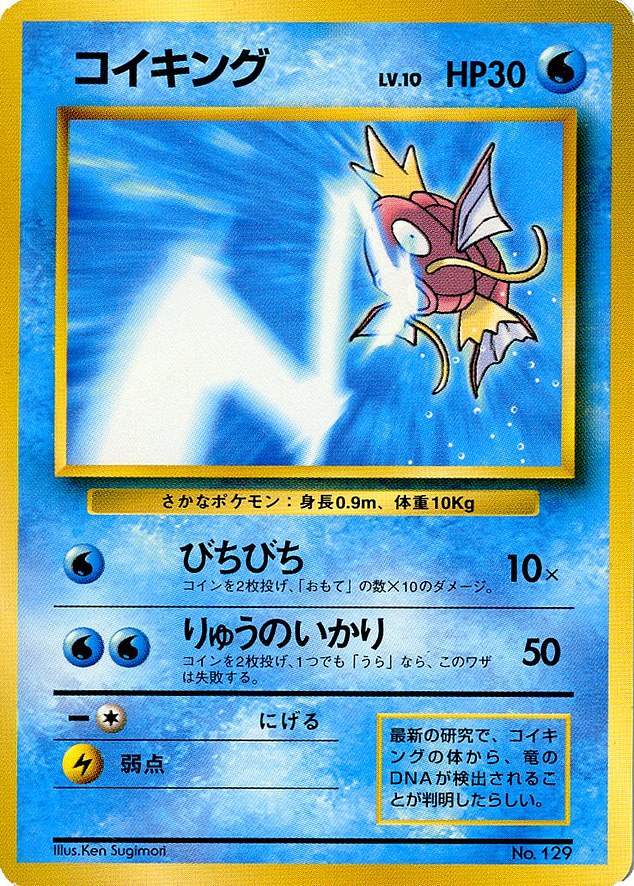 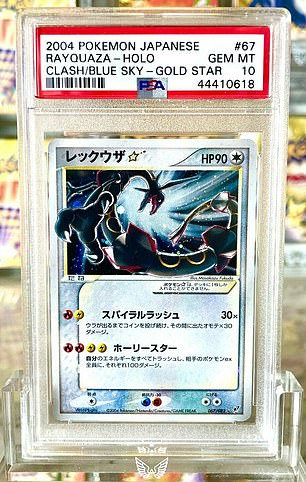 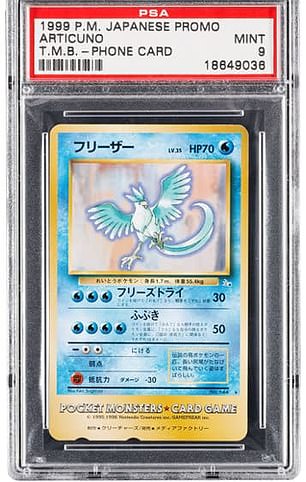 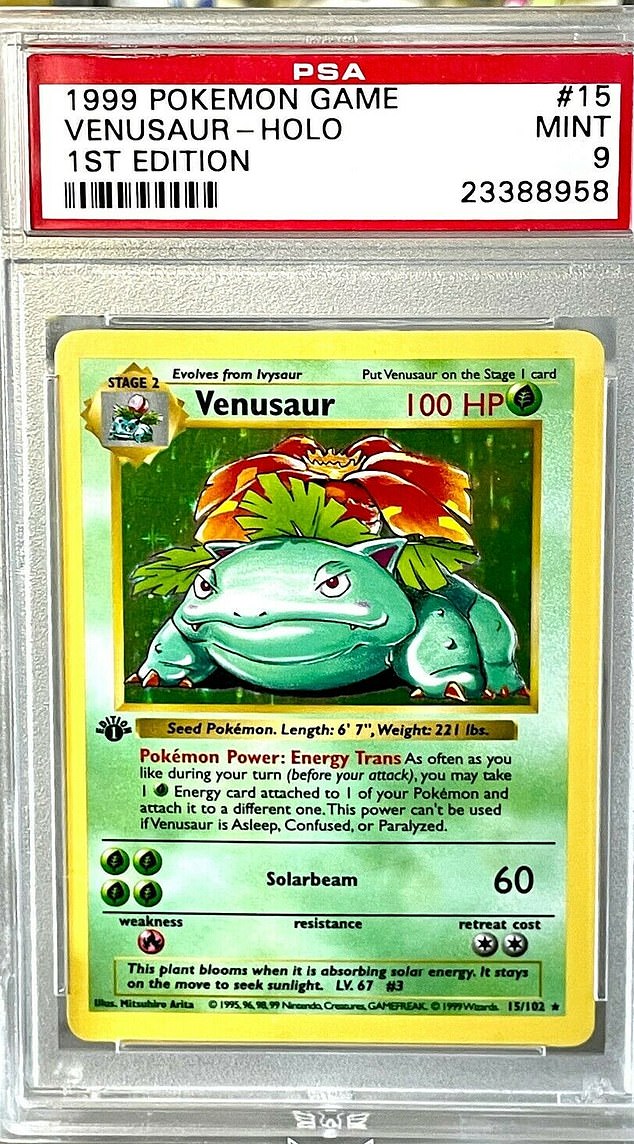