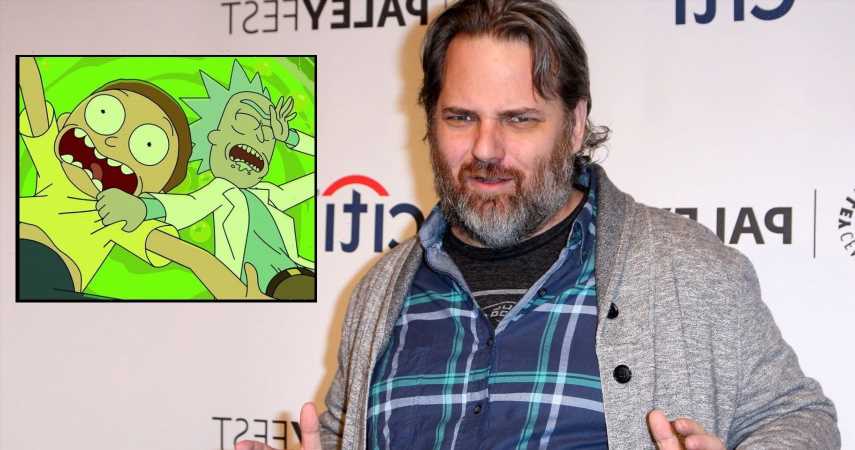 Television has officially entered the realm of NFTs. Fox announced that Dan Harmon, known for his work as the creator behind the cult classic television shows Community and Rick and Morty is created a new animated series for Fox studios. But the new series wasn’t the only breaking news involved. It will also be the first animated series that will be curated entirely through the Blockchain network.

The series is titled “Krapopolis” and is centered around a family consisting of Gods, humans, and monsters all set within the realm of ancient Greece. The series will feature a variety of mythical elements similar to what made Rick and Morty so successful. The series is also set to be produced by Bento Box Entertainment, the production team already known for several other popular animated series such as Bob’s Burgers, Paradise PD, and Legends. As the first Blockchain based series, the show will offer a variety of digital downloads ranging from background art, GIFs, digital goods, and other exclusive content available for future fans as NFTs.

The Blockchain network is a specific database whose names derive from the way the network stores information. Unlike other databases, the information is stored in blocks that are chained together and whenever a new data set is entered, it is chained to the previous block, creating a consistent timeline of all the stored information. This data can include a digital ledger which stores Bitcoin and other cryptocurrency transactions as well as legal contracts and product inventory.

The benefit of the Blockchain network lies in the decentralization of information. When a company maintains their traditional database, it is stored on a series of computers known as a server. The company itself has access to this server and full control of all the information within. Blockchain relies on the individual computers that complete the transactions or recorded information instead. This consists of a possibly infinite amount of computers all operated by separate individuals. The computers that make up the Blockchain network are called nodes and each of these nodes contains all the information and transaction history of the entire Blockchain network. This means that not only can the nodes cross-reference one another to correct any flawed information, but no single node can alter the information on the network either, making it a safe system that always benefits the majority. This also allows for additional transparency as all transactions on the network can be accessed by any one node point.

Within the lens of “Krapopolis”, this technology could be beneficial for television. Each episode, along with additional products and downloads, can be added to the network in chronological order. It can include a structured plan for release that puts marketing and distribution under the same umbrella. The use of selling NFTs and other digital content through the Blockchain network via cryptocurrencies such as Ethereum and Bitcoin also gives the series the potential to fund itself. When an audience purchases one of the digital options for sale, the money can go directly back into the production of the show. This self-sustaining network combines the advantages of crowdfunding through platforms like Kickstarter and GoFundMe with curatorial based streaming network like Netflix or Hulu. The network will be an offshoot of Fox titled Blockchain Creative Labs.

Dan Harmon has been known for his innovative, ‘by-any-means-necessary’ approach to content creation. Initially hired as a co-creator of the Sarah Silverman Program, Harmon was let go early on due to creative differences. Having a series of unsuccessful pitches for additional shows, he went on to co-found the television-based monthly festival Channel 101 with his partner Rob Schrab. A variety of aspiring filmmakers could submit their pilots to the festival where an audience would vote on their favorite series. The winner would return the following month with a new episode, culminating in an ongoing series for some lucky participants. The festival launched the careers of several digital creators including Saturday Night Live’s The Lonely Island featuring Andy Samberg and Akiva Schaffer as well as future Rick and Morty collaborators like Justin Roiland and Ryan Ridley. The festival also featured prominent actors such as Chevy Chase, Jack Black, Drew Carey, Jeff Davis, and Kumail Nanjiani.

Harmon’s first major television success became the NBC series Community. The show gained popularity through its innovative writing and ability to generate die hard fans who went on to fund their own festivals and celebrations. The initial and iconic mantra for the series became “Six Season and a Movie” which served as the outline for what the show wanted to accomplish. But several missteps and complications arose, forcing Harmon to get creative with his content. Harmon was let go from the series after the shows third season due to the network citing ‘erratic behavior’. Due to a push from the cast and an even stronger push from the audience themselves, he was rehired for the shows fifth season. Unfortunately, the show was dropped by NBC just one season prior to the initial six season goal. This required Harmon to get creative again and eventually landed a deal with Yahoo to digitally produce the series. Much like the “Krapopolis” announcement, this was groundbreaking and one of the first television series to be produced by the Yahoo! digital network.

Funding Films and Television Through NFT’s and Blockchain

The success of Harmon’s new series may determine the future of animation and content creation altogether. If the show can successfully create a multi-level based marketing plan that can sustain itself, there may be a variety of additional content later on that takes the Blockchain centered approach for their content as well. The success of the shows ability to sell NFTs, digital characters, background art, and other exclusive tokens may set the standard for the new way to finance productions and increase audience engagement. Will the show achieve the same level of cultural significance as Greek mythology itself? Or will it fall under the namesake of nothing more than being pure “Krapopolis”. That will depend on the fans and their willingness to financially support the innovative endeavor.

READ NEXT: Community Might Be Getting Six Seasons And A Movie After All