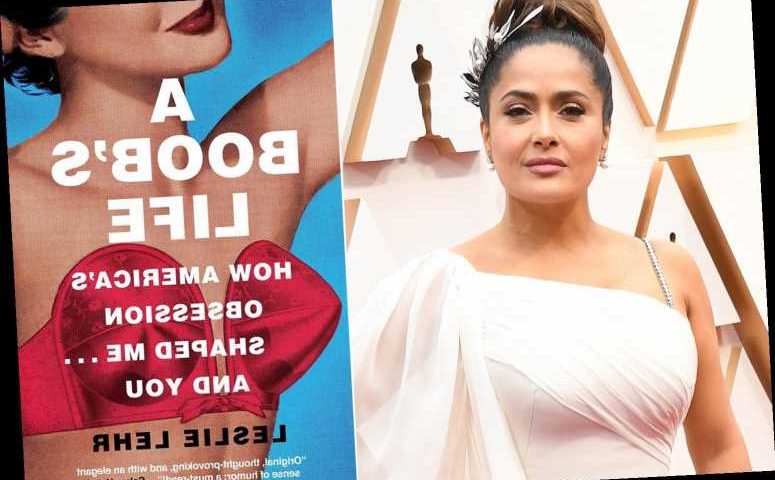 If your breasts could speak to you, what would they say?

Salma Hayek will explore this topic as part of a new HBO Max series based on Leslie Lehr's upcoming memoir A Boob's Life: How America's Obsession Shaped Me…and You. The half-hour comedy will tell the story of a woman whose life is forever changed after her breasts start talking to her, just as she's already well into a crisis of her own ahead of her 40th birthday.

"We are so appreciative that HBO Max was insightful and bold enough to develop this show with us," Hayek, 54, said in a statement to Deadline, who announced the project. "In A Boob's Life, we use breasts as a metaphor for the constant judgment women are submitted to, creating a collective sensation that no matter what we do we are never enough. In this show, we give the breast a voice that takes us through the life of a woman from a unique perspective that often we don't dare to see."

No announcement has been made as to who will portray the character of Leslie in the series.

A Boobs Life will be executive produced by Hayek, Jose Tamez, and Siobhan Flynn through their production company Ventanarosa, which notably produced Ugly Betty, and the Academy Award-winning film Frida, and Lehr. Cynthia Mort will serve as series showrunner and writer.

Lehr's memoir from Pegasus Books is set to be released on March 2.

This story originally appeared on ew.com