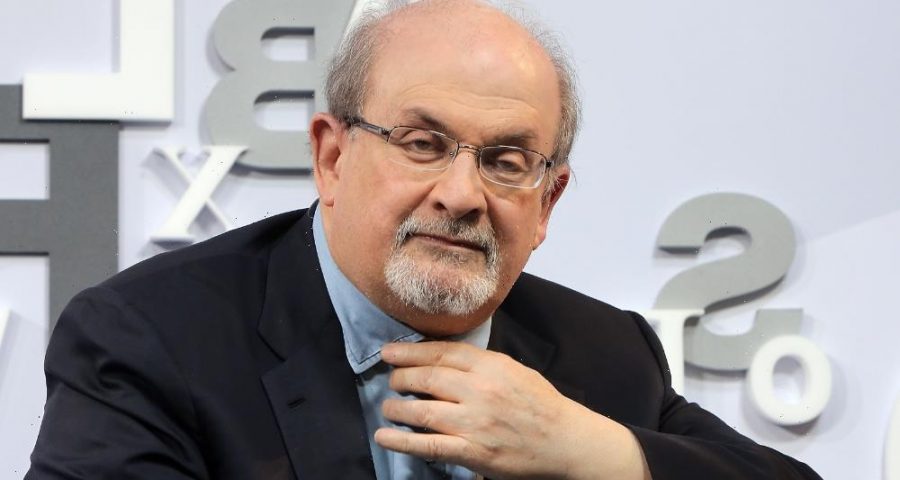 Booker Prize winning author Salman Rushdie was attacked as he was about to deliver a lecture in western New York on Friday.

A statement from New York State Police said: “On August 12 2022, at about 11am, a male suspect ran up on to the stage and attacked Rushdie and an interviewer. Rushdie suffered an apparent stab wound to the neck, and was transported by helicopter to an area hospital. His condition is not yet known.”

“The interviewer suffered a minor head injury. A State Trooper assigned to the event immediately took the suspect into custody. The Chautauqua County Sheriff’s Office assisted at the scene. More information will be released when it is available,” the statement added.

Rushdie was due to deliver a lecture at the Chautauqua Institution. The audience was evacuated after the incident.

Rushdie suffered death threats for years after writing “The Satanic Verses” (1988). The book has been banned in Iran since then and a $3.3 million bounty remains on the author’s head. He wrote a book about being in hiding with a price upon his head titled  “Joseph Anton,” the pseudonym he used while being underground.

Deepa Mehta directed a 2012 film based on Rushdie’s most celebrated novel “Midnight’s Children,” for which he won the Booker in 1981. A series adaptation of the book was announced by Netflix in 2018.

As an actor, Rushdie has appeared as himself in “Curb Your Enthusiasm” and “Bridget Jones’ Diary.”

Rushdie is a former president of PEN America, which has expressed its “shock and horror” about the attack on the author.

“Salman Rushdie has been targeted for his words for decades but has never flinched nor faltered. He has devoted tireless energy to assisting others who are vulnerable and menaced,” PEN America CEO Suzanne Nossel said in a statement.

“While we do not know the origins or motives of this attack, all those around the world who have met words with violence or called for the same are culpable for legitimizing this assault on a writer while he was engaged in his essential work of connecting to readers. Our thoughts and passions now lie with our dauntless Salman, wishing him a full and speedy recovery. We hope and believe fervently that his essential voice cannot and will not be silenced,” Nossel added.