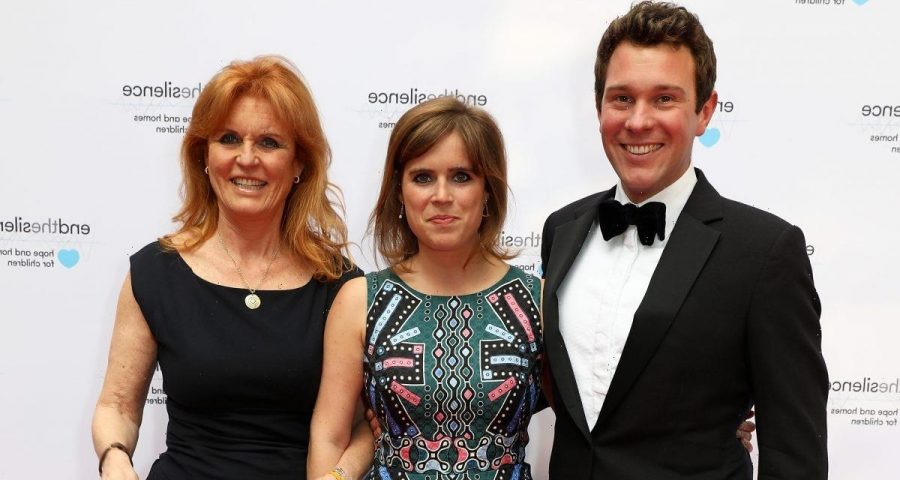 Usually when surprising photos of royals make news the palace and those involved stay mum as part of the “never complain, never explain” policy. However, Prince Andrew’s ex-wife Sarah Ferguson doesn’t adhere to that rule so when pictures of her son-in-law on a yacht with models, including one who was topless, went public Fergie addressed the pics. And so did one of the women who was on the boat with Princess Eugenie‘s husband.

Here’s what Sarah said about Jack Brooksbank partying on a yacht while the princess was at home taking care of the couple’s young son.

Princess Eugenie’s husband was photographed swimming and drinking with models

The pictures that were published in the press showed Brooksbank boating, swimming, and drinking rosé with models Maria Buccellati and Erica Pelosini, as well as former Glamour magazine editor Rachel Zalis.

They were all aboard a yacht on the Amalfi Coast and one woman had her top off. According to reports, while this was going on Brooksbank’s wife was back in the U.K. looking after their baby.

Jack’s mother-in-law, Sarah Ferguson, has spoken out about the boat pics

While many eyebrows were raised by royal watchers everywhere after the pics surfaced, Fergie rushed to her son-in-law’s defense to explain what was going on. “Jack… is a man of such integrity. He’s just one of my most favorite people,” the Duchess of York said on BBC One’s The One Show (per People). “I call him James Bond actually. He’s just a superhero in my book, and he’s a great father, a fabulous husband, and he’s never at front of house. He always likes to be at the back.”

Sarah then called out the Daily Mail for publishing the photos and running a headline before knowing the facts. Brooksbank’s mother-in-law revealed that he was actually working when the photos were taken saying: “For them to make this story is completely fabricated. He works as an ambassador for Casamigos, and he was on doing his job, and so, I think it’s really important that we clarify that for Jack’s sake.”

Brooksbank has been the U.K. ambassador for the tequila brand co-founded by George Clooney since 2016 and was traveling to attend the UNICEF Summer Gala, which Casamigos sponsored.

One of the models has publicly apologized for going topless on the yacht with the royal’s husband.

“I usually never go topless, but my bikini got wet and I decided to take it off,” Pelosini told the Daily Mail. “I know it does not look right for Jack and his family. I felt very bad for them when I saw the images of him surrounded by three women because his wife was not there. It led people to make improper suggestions and jump to conclusions, and it’s very hurtful that people are thinking this. I’m very sorry if I caused any embarrassment to Princess Eugenie and Jack. It wasn’t appropriate for me to be topless.”

Brooksbank and Princess Eugenie were married on Oct. 12, 2018, after several years of dating. They welcomed their first child together in February.