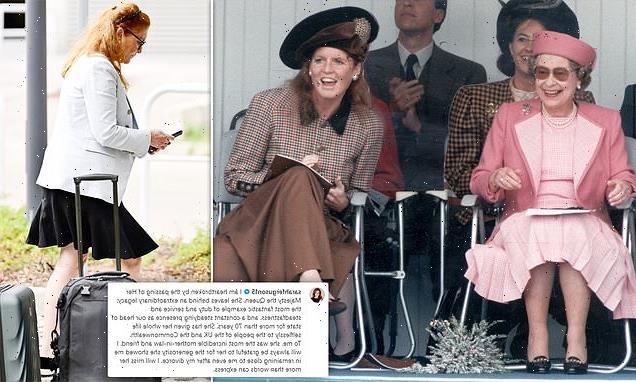 ‘My incredible mother-in-law and friend’: Sarah Ferguson shares a deeply personal tribute to the Queen and thanks her for her ‘generosity’ in ‘remaining close to her even after her divorce’

Sarah Ferguson has paid tribute to her former mother-in-law the Queen following her death aged 96.

Sarah, who was married to the Queen’s ‘favourite son’ Prince Andrew for 10 years, praised the Queen as a ‘fantastic example of duty and service and steadfastness.’

On a personal note, she thanked the Queen for being ‘the most incredible mother-in-law and friend’, adding: ‘I will always be grateful to her for the generosity she showed me in remaining close to me even after my divorce.’ 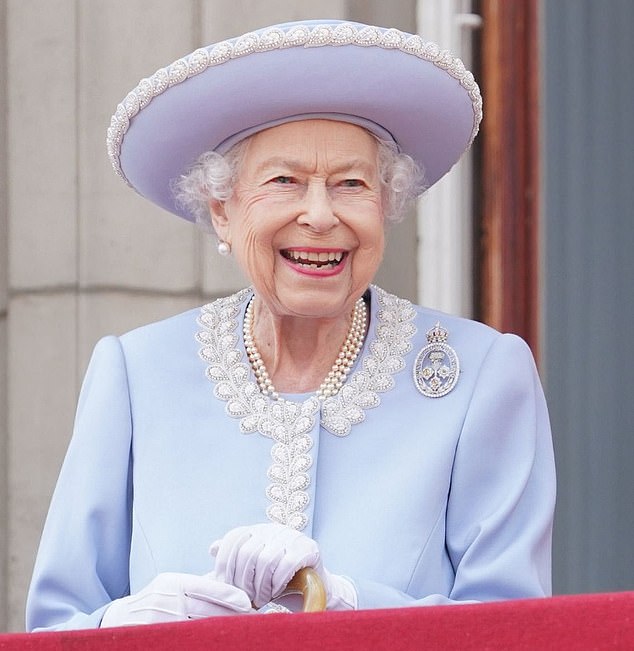 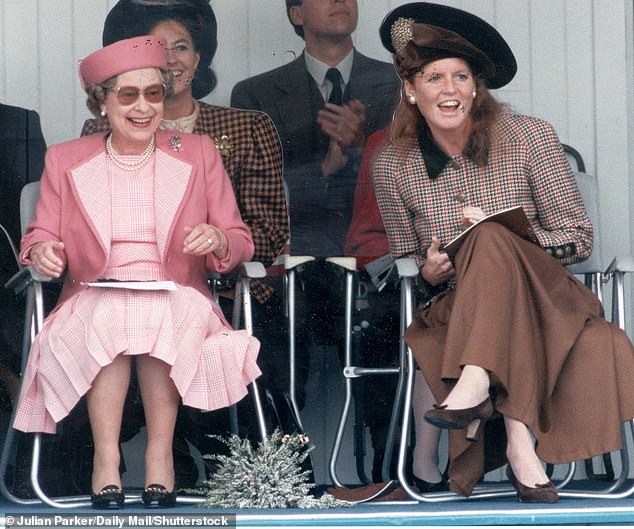 Sarah, who was married to the Queen’s ‘favourite son’ Prince Andrew for 10 years, praised the Queen as a ‘fantastic example of duty and service and steadfastness.’ Pictured, at the Braemar Highland Games in 1990 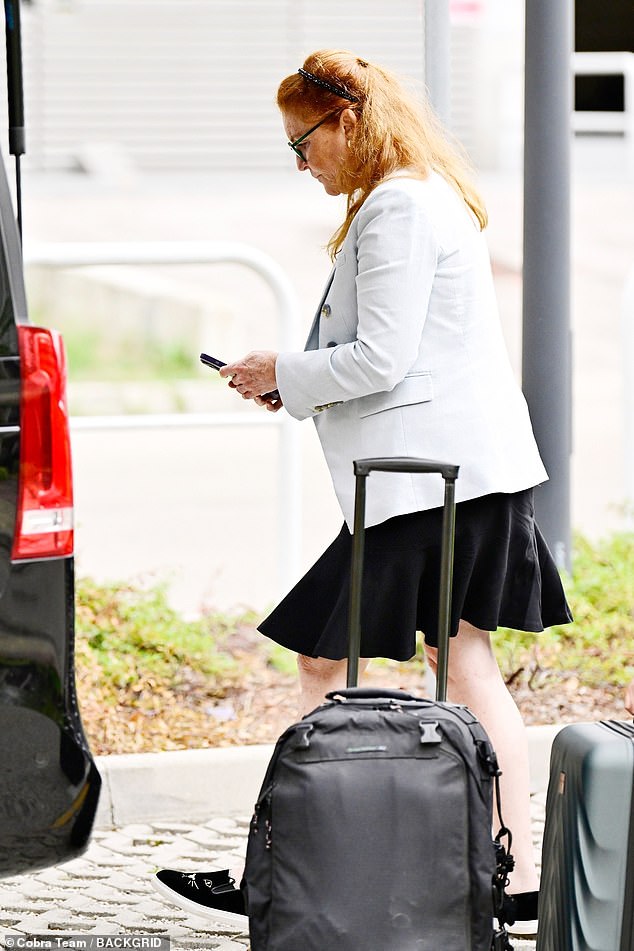 The Duchess of York looked serious as she left Venice yesterday, following a glitzy appearance at the film festival 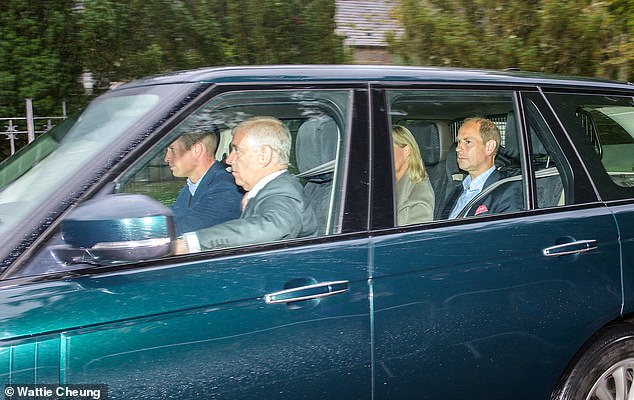 Andrew, Edward, his wife Sophie, and William all flew in from Berkshire via private jet to Aberdeen yesterday as they dashed to Balmoral to see her. But it is understood that they did not make it in time

Sarah Ferguson continues to live at the Royal Lodge in Windsor with her estranged husband Prince Andrew. The Duke of York was among the senior royals who rushed to Balmoral yesterday after receiving word the Queen’s health was deteriorating.

Following news of the Queen’s death, Fergie wrote: ‘I am heartbroken by the passing of Her Majesty the Queen.

‘She leaves behind an extraordinary legacy: the most fantastic example of duty and service and steadfastness, and a constant steadying presence as our head of state for more than 70 years.

‘She has given her whole life selflessly to the people of the UK and the Commonwealth.

‘To me, she was the most incredible mother-in-law and friend. I will always be grateful to her for the generosity she showed me in remaining close to me even after my divorce. I will miss her more than words can express.’

The Duchess of York who divorced the Duke of York in 1996, has sparked a raft of royal scandals over the years, but said the monarch was her ‘greatest mentor’ and had always believed in her. 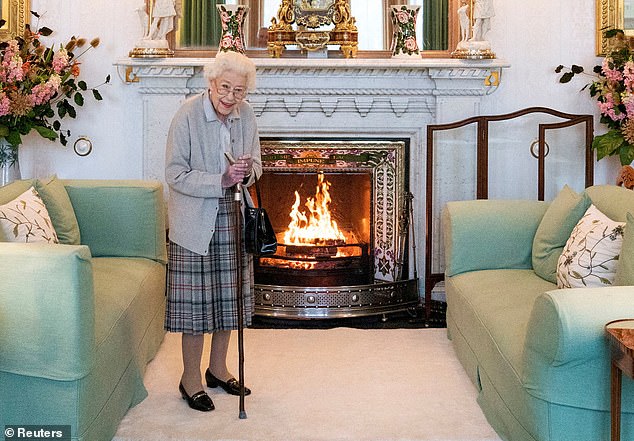 The Queen has suffered from mobility issues in recent times and was pictured using a cane on Tuesday as she welcomed the new prime minister, Liz Truss, to Balmoral to formally ask her to form a government

Speaking on the Tea with Twiggy podcast as she promoted her Mills & Boon romance novel Her Heart For A Compass, the duchess paid tribute to the Queen for being ‘modern, flexible and forgiving.’

Sarah compared their relationship to the one she had with her own mother Susan Barrantes, who passed away in September 1998, saying: ‘I think to myself that honestly my mother-in-law has been more of a mother to me than my mother.’

She continued: ‘My greatest mentor and… person who believes in me is the Queen – and has never faltered.

‘I absolutely admire the incredible way Her Majesty is so modern… and how flexible, and how understanding, and how forgiving and how generous.’ 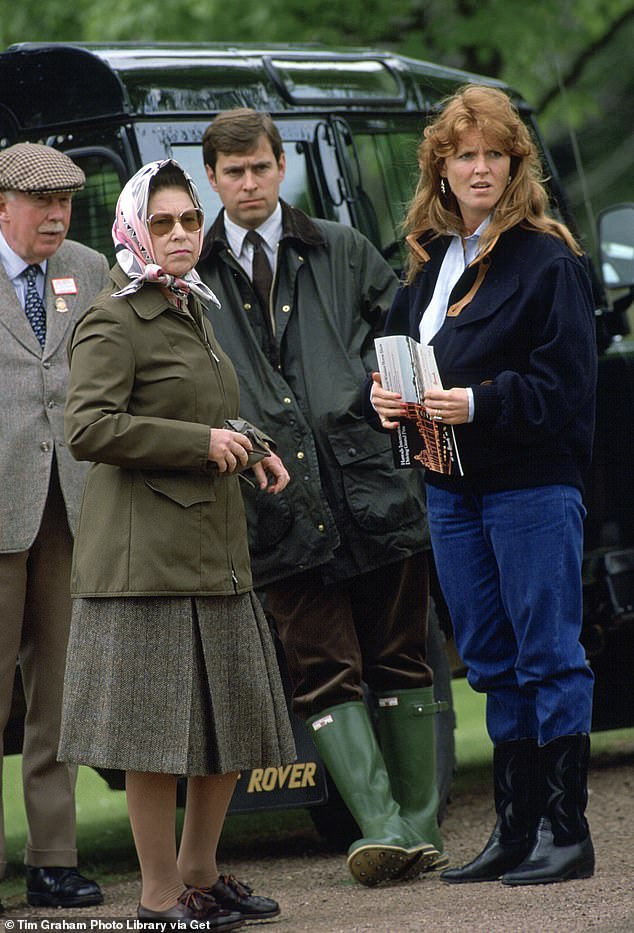 Sarah Ferguson, 61, has described the Queen, 95, as more of a mother to her than her own was while speaking on a podcast

Yesterday Buckingham Palace released a statement confirming the Queen was under medical supervision after doctors became concerned for her health.

The statement added Her Majesty was ‘comfortable’ and would remain at Balmoral.

Following the announcement Prince Charles and Camilla travelled to the estate in the Scottish Highlands, followed by Prince William.

The Queen’s younger children Prince Andrew and Prince Edward also travelled to Balmoral, while Princess Anne was already there.

The Duke and Duchess of Sussex, who are visiting the UK this week, pulled out of an appearance at the WellChild Awards in London this evening as the Duke of Sussex also travels to Balmoral.

The 96-year-old monarch, who celebrated 70 years on the throne this year in the Platinum Jubilee celebrations, has suffered with mobility problems.

In recent appearances she has been pictured walking with a cane and was pictured using the mobility aid on Tuesday, when new prime minister Liz Truss travelled to ‘kiss hands’ – a process in which the Monarch formally invites the new leader of the country to form a government.