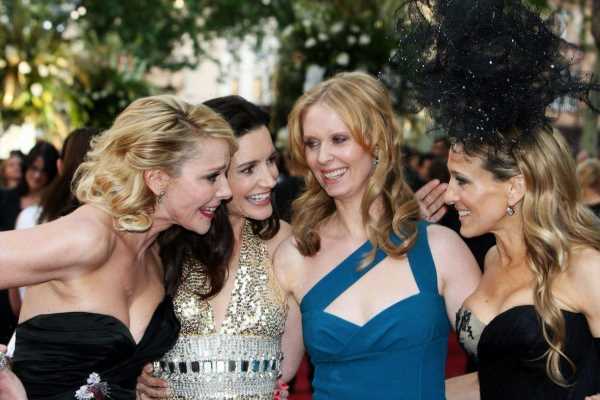 It’s safe to say that Sex and the City wouldn’t be the same without Kim Cattrall. Her portrayal of Samantha Jones has won the hearts of the masses, and many fans are disappointed that the character won’t be returning for the reboot. But according to Cattrall, she has a good reason for not wanting to play Samantha anymore. Yet as the actor has sadly revealed, she felt bullied into continuing her role by the cast and crew.

Why does Kim Cattrall no longer want to play Samantha Jones?

According to Cattrall, she felt that starring on Sex and the City made it impossible for her to have a social life. She even claims that the show led to her divorce from her long-term husband.

“I lost a marriage to the series and a lot of friends,” Cattrall revealed, according to Sex and the City and Us. “You just have no life.”

Also, the actor says that Sex and the City led to her decision not to have children. Because she was working 19-hour-days, she felt as though she wouldn’t have time to attend to a child.

“I thought to myself, ‘Wow, I have 19-hour days on this series,” she said, according to Glamour. “My Monday morning would start at 4:45 A.M. and go to one or two in the morning. How could I possibly continue to do that, especially in my early forties?”

“I thought, I don’t think it is going to happen,” she said, referring to becoming a mother. “It was the first moment—it was extraordinary—in my life where I thought, Maybe I’m just not going to do this.”

Why Kim Cattrall felt bullied by the cast and crew

Despite Cattrall being eternally grateful for getting to play Samantha Jones, she admits that she has been ready to give up the role for quite a while.

“I played it past the finish line and then some, and I loved it, and another actress should play it,” she said. “Maybe they could make it an African-American Samantha Jones or a Hispanic Samantha Jones, or bring in another character.”

But the cast and crew desperately wanted Cattrall for the part. Yet when she refused, she felt as though she was bullied by her Sex and the City peers into taking on the role.

“After the second movie, I’d had enough,” she admits, according to Bazaar. “I couldn’t understand why they wouldn’t just replace me with another actress instead of wasting time bullying,” she said. “No means no.”

Who does Kim Cattrall want to replace her for the role of Samantha Jones?

As sad as it is that Cattrall will not be reviving her iconic role as Ms. Jones, she has come up with some killer ideas for who can replace her.

“I am partial to @TheEllenShow, but @Oprah was always my 1st,” Cattrall wrote on Twitter (via Marie Claire.) “But then there are the goddesses @TiffanyHaddish or @SofiaVergara So many fabulous actresses to choose from that will make Samantha their own!”