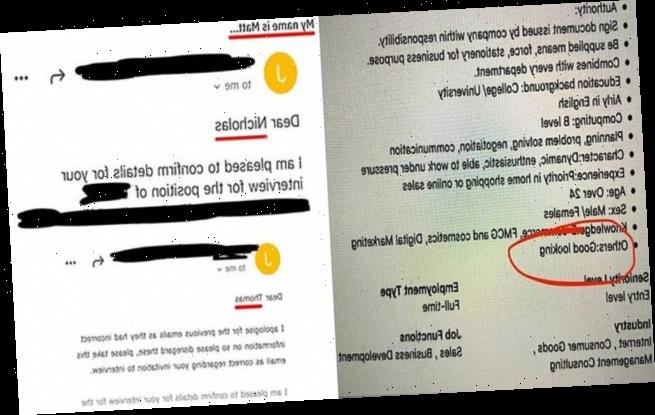 Would you REALLY want to work here? Job hunters reveal the worst recruiters they’ve encountered – including a request for ‘good looking’ applicants for a shopping website

Automated responses to job applications can  often be frustrating, but sometimes they’re better than what recruiters can often write.

Bored Panda rounded up hilarious interactions job seekers from around the world have had with potential employers, and job listings that have shocking requirements, including one that said applicants should be ‘good looking’.

Another person contributed a message they received on LinkedIn from a recruiter in the US, saying only candidates who are currently working will be considered for the role.

Elsewhere, another person from America shared a job listing for a Junior Software Developer that has at least nine years of experience.

Here, FEMAIL shares some of the most shocking interactions which will leave your jaw on the floor… 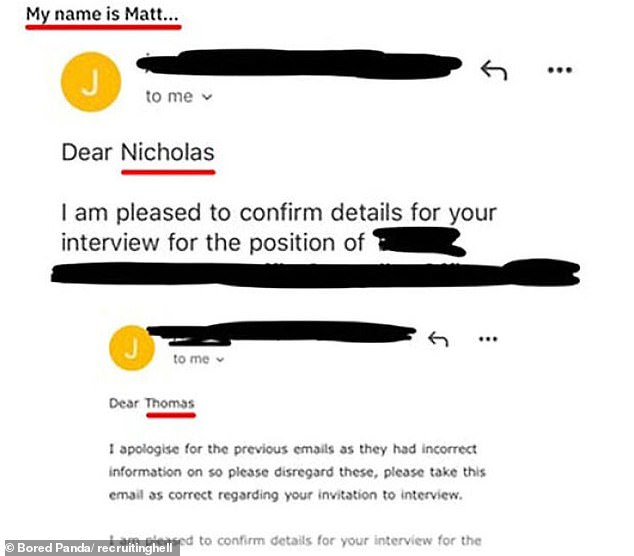 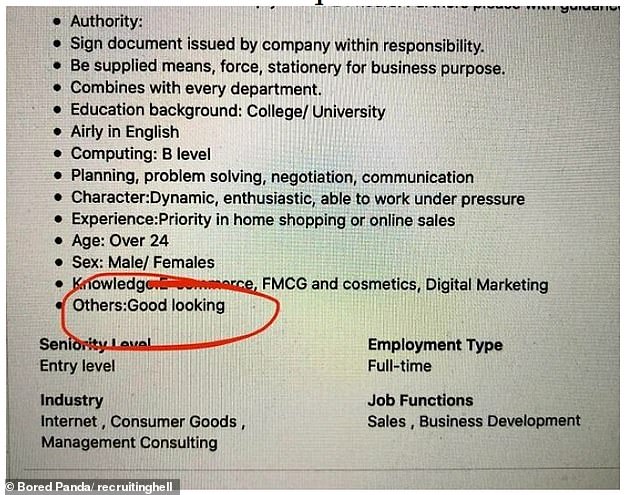 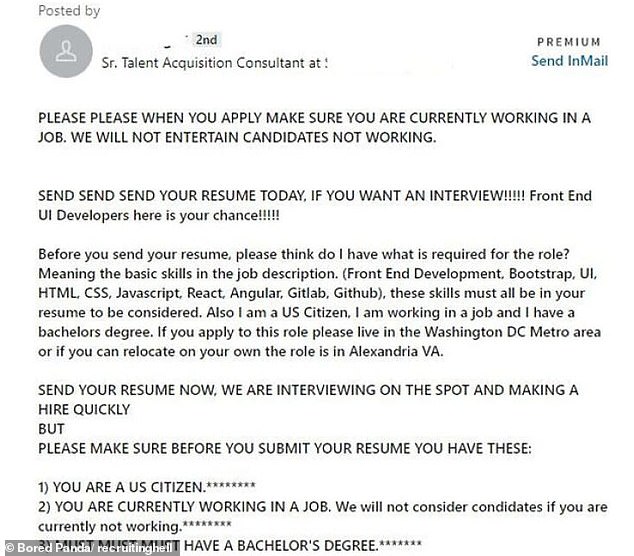 A job seeker, who lives in the US, received a message on LinkedIn from a recruiter only considering applicants who already have a job 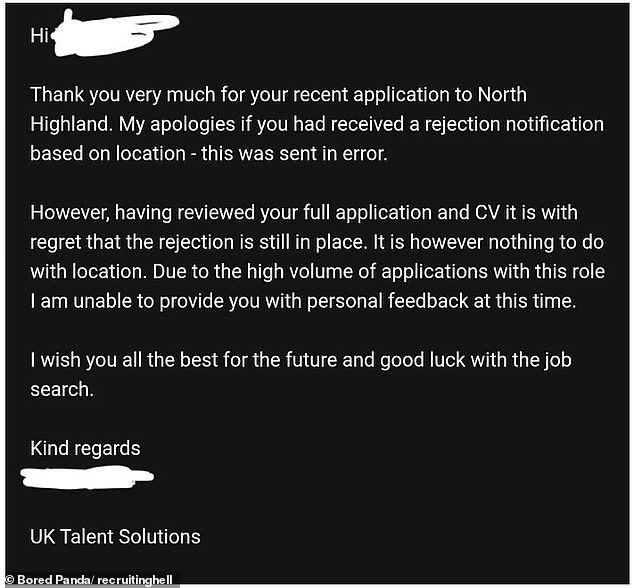 Sorry NOT sorry! One person from the UK, was stunned to receive an email that said they had accidentally been rejected – before the employers said they had reviewed their application and they would still be unsuccessful 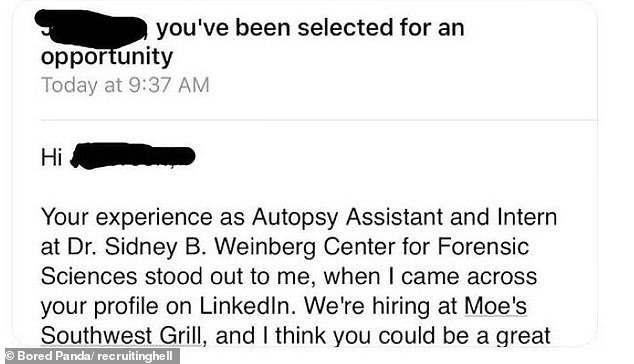 Another person received an email from a restaurant in Atlanta, claiming their experience of working with dead bodies was relevant for working with them 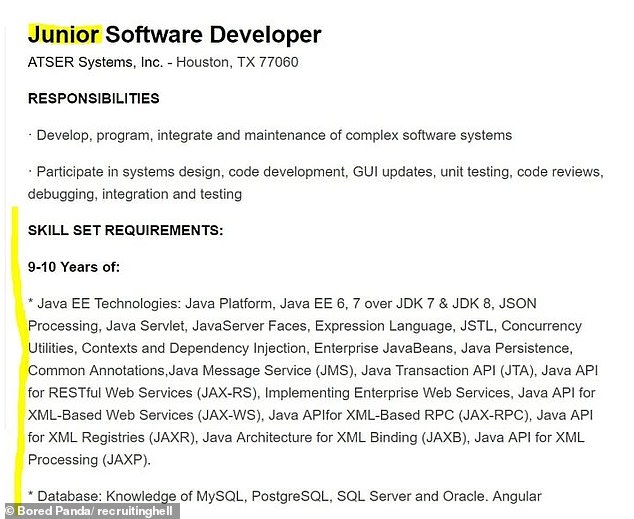 Junior doesn’t mean beginner? A job seeker who lives in America, was stunned to spot the requirements of a Junior Software Developer included having at least nine years of experience 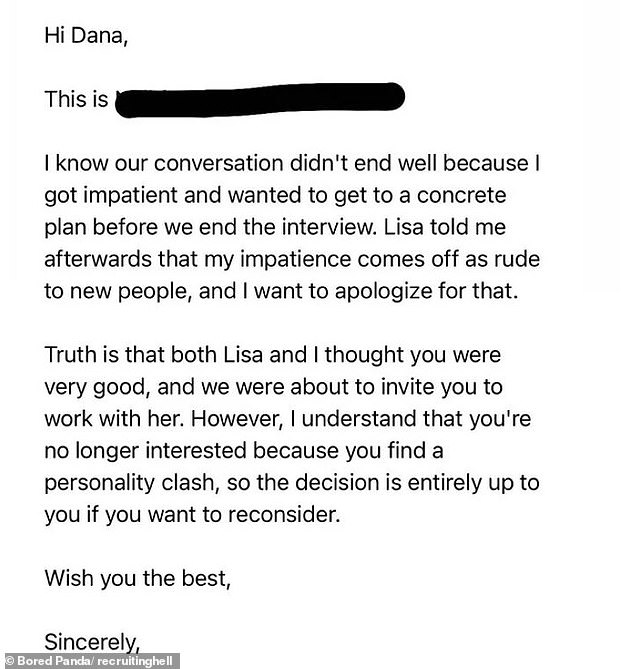 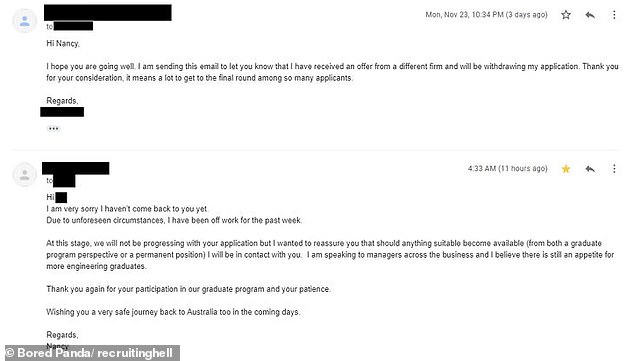 Another individual was amused to receive a rejection email, despite withdrawing their application because they accepted a role somewhere else 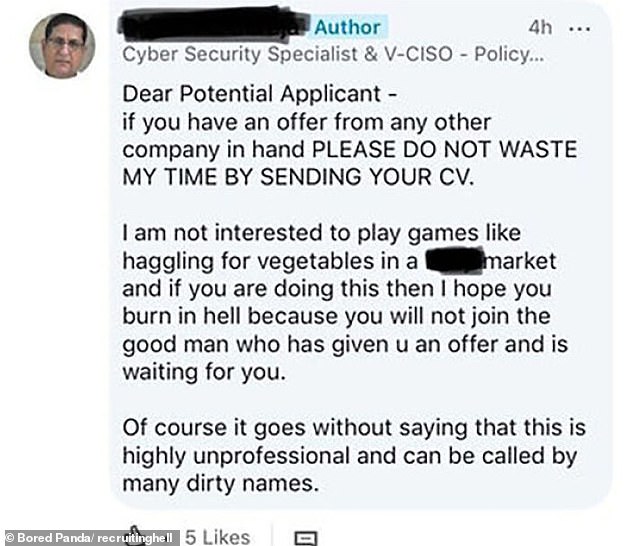 Most aggressive recruiter ever? A potential employer seeking candidates on LinkedIn warned people not to apply if they’ve already got an offer from another company

One recruiter claimed they didn’t focus on experience when hiring, only to later list a requirement of at least two years 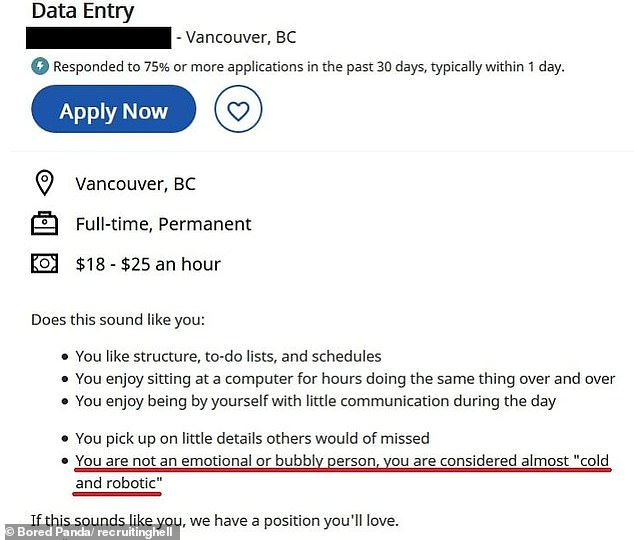 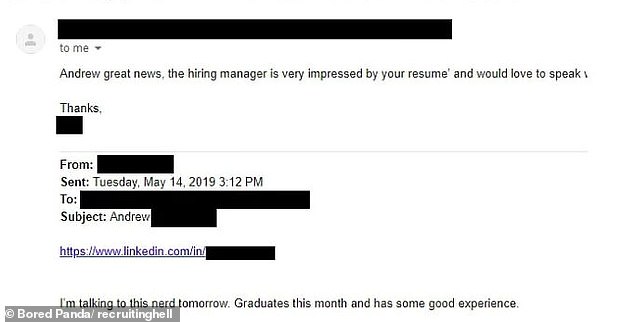 Always proof read! A recruiter accidentally forwarded the hiring manager’s comments about the candidate being a nerd