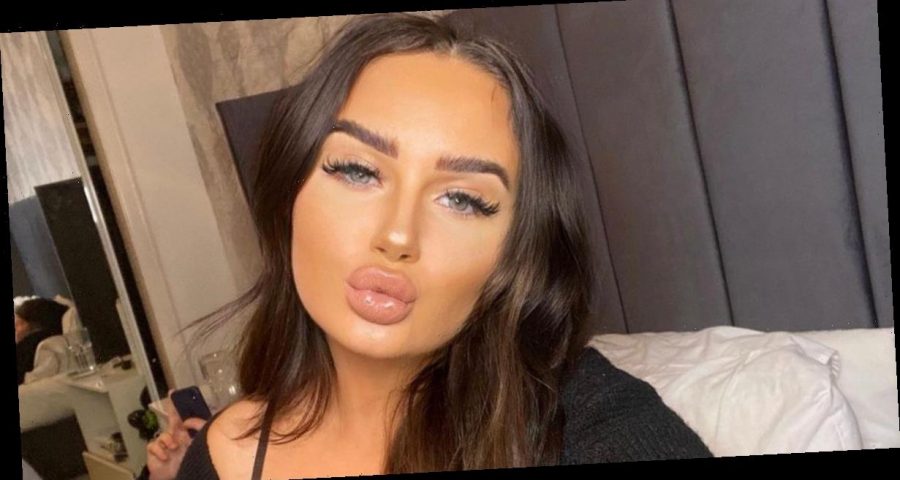 A bloke who got back together with his ex insulted a woman he matched with on Tinder after she refused to tell his girlfriend they never met up.

Bekka Smith shared a screenshot of the exchange on Twitter, explaining that after he begged her to keep their match a secret he called her a “fat s***” for refusing.

The first messages show Bekka and the lad catching up, but a few hours later he changes his intentions.

He wrote: “I just got back with my ex can you please confirm we spoke a few times and I matched you on Tinder and not in person ever???

“Am not even joking f*** answer this message my Mrs sat here in pure tears.”

Confused, Bekka thought the bloke was joking, but it seems he was deadly serious.

He replied: “I told her I met you but I just said it to annoy her cause she said she had met someone.

“Fried situation but I need the truth in black and white.”

Bekka asked why he’d told his girlfriend they had met up if it wasn’t true.

She added: “As if you aren’t in the wrong here you clown.”

He wrote: “Because I was trying to make her jealous and ur Insta looks like a girl that anybody would meet.

“So f*** off ya fat sl** I was trying to make ma bird jealous n ur the one that wasn’t confirming I never to bolt ya f***ing howler.

“Your a heavy fatty.

“Need your underwear out for likes hen (sic).”

Bekka replied: ““So you were trying to make ur bird jealous wae a fat s**g (sic).”

Want to bring a little glamour to your life every day with all the most exciting real life, fashion and even sex tips HOT off the press?

Well, we've got you covered with our great new Hot Topics newsletters – it'll drop straight into your inbox around 7pm and you can unsubscribe whenever you like.

And signing up now means you'll get a front row seat for our great new series inside the lives of the next generation of Daily Star Page 3 girls as we run a special series of features.

Bekka posted the exchange on Twitter and received more than 40,000 likes.

She said: “Erm can someone please come collect their boyfriend from my DMs.”

The young woman said that she would have helped the lad if he hadn’t resorted to insults.

She said: “I would also like to clarify i had full intentions of helping this boy out and letting his bird know I didn’t meet him, until he told me he in fact lied about meeting me.