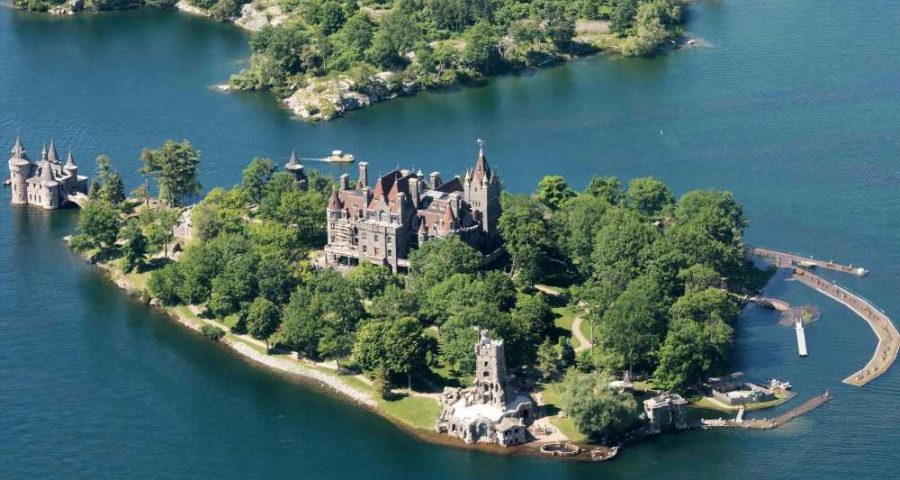 Beef things up: Cow cuddling is the hot new therapy in the Finger Lakes

Most New Yorkers think worst of COVID-19 pandemic is over: new poll

You don’t have to fly to the Caribbean to go island hopping.

Sure you’ve been to Governors, Roosevelt, Fire and maybe even Shelter islands (we’re hoping you haven’t been to Rikers). But for locals with a sense of adventure, New York has a plethora of alluring, but lessor known, isles waiting to be explored.

Start with Fisher Island on Block Island Sound. While technically a part of Long Island’s Southold, you’ll need to go to Connecticut to get there.

That’s because the Fishers Island Ferry District, which operates the year round ferry, depart from New London, Conn.

Today, this onetime Victorian tourist boomtown is a private residential development boasting the Fishers Island Club, an 18-hole golf course that opened in 1926.

But most visitors come here for one reason: the Pequot Inn.

Formerly the Elliott House, the Pequot Inn is Fishers’ only bar, serving lunch, dinner and dancing.

Be sure to order the house cocktail, a Fishers Island Lemonade — vodka, barrel-aged whiskey, lemon and honey, served in a can — and a round of local oysters.

For an upstate adventure head north to Iona Island in the Hudson Highlands where one of the largest tidal wetlands along the Hudson River offers hiking, kayaking, and birding.

Just off Route 9 West, the island is accessible by foot or vehicle via the Iona Island Causeway. Iona’s 270 acres of freshwater and brackish cattail marshes spill into the charmingly named Doodletown Bird Conservation Area. This is a nature loving kayakers paradise, but, though paddling is free, reservations are required.

Stay: Casa Hudson, a B&B in a chic, restored Italianate house in Haverstraw (from $150); the 1915-built Bear Mountain Inn and Overlook Lodge in Tomkins Cove (from $160).

Further north on the Hudson, near artsy Beacon, the ruins of Bannerman’s Island Arsenal, better known as Bannerman Castle rest on Pollepel Island.

The Brooklyn scrap metal and army surplus magnate Francis Bannerman built the structure in 1901 to house his massive stock of munitions and military surplus gear.

Historically, local native Americans believed that the island was filled with spirits and avoided it. But that didn’t spook Bannerman: he also built a beautiful home for his family there.

Both fort and house are now ruins. The Bannerman Castle Trust offers tours, beginning by boat from Beacon. Or, kayak to the island and meet a guide at Pollepel’s dock. Picnicking is not allowed on Pollepel Island, but the trust holds farm-to-table dinners and outdoor movie screenings.

Stay: The Roundhouse — a former factory with grand views of Beacon Falls (from $229); and the Dutchess Inn & Spa, an elegant hotel in Beacon’s center (from $247).

Finally, there is no need to book a hotel when visiting the Hudson River’s Schodack Island State Park, a dozen miles south of Albany — it has a full campground.

Easily accessible by road, Schodack is partly manmade from landfill distributed between what was a series of smaller islands to create one landmass. Though Schodack Island State Park only opened in 2002, the name dates to the Dutch colonists adaptation of the local Mohican name, Escudahki, which means place of fire. Explore 8 miles of hiking and biking trails; or paddle the 7 miles of Hudson River and Schodack Creek shoreline, but go carefully as part of the park includes a bird conservation area.

Way Upstate, Wellesley Island on the St. Lawrence River is ground zero for exploring the 1,000 Islands region, and is easily accessible by road. Kayak and bicycle rentals are available on-island.

Stay: Now, only the Wellesley Hotel and Restaurant remains.

He added a yacht house for his considerable boat collection, and a turreted medieval style power house connected by an arched stone bridge — a nostalgic Insta op, for sure.