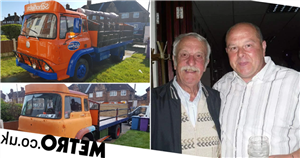 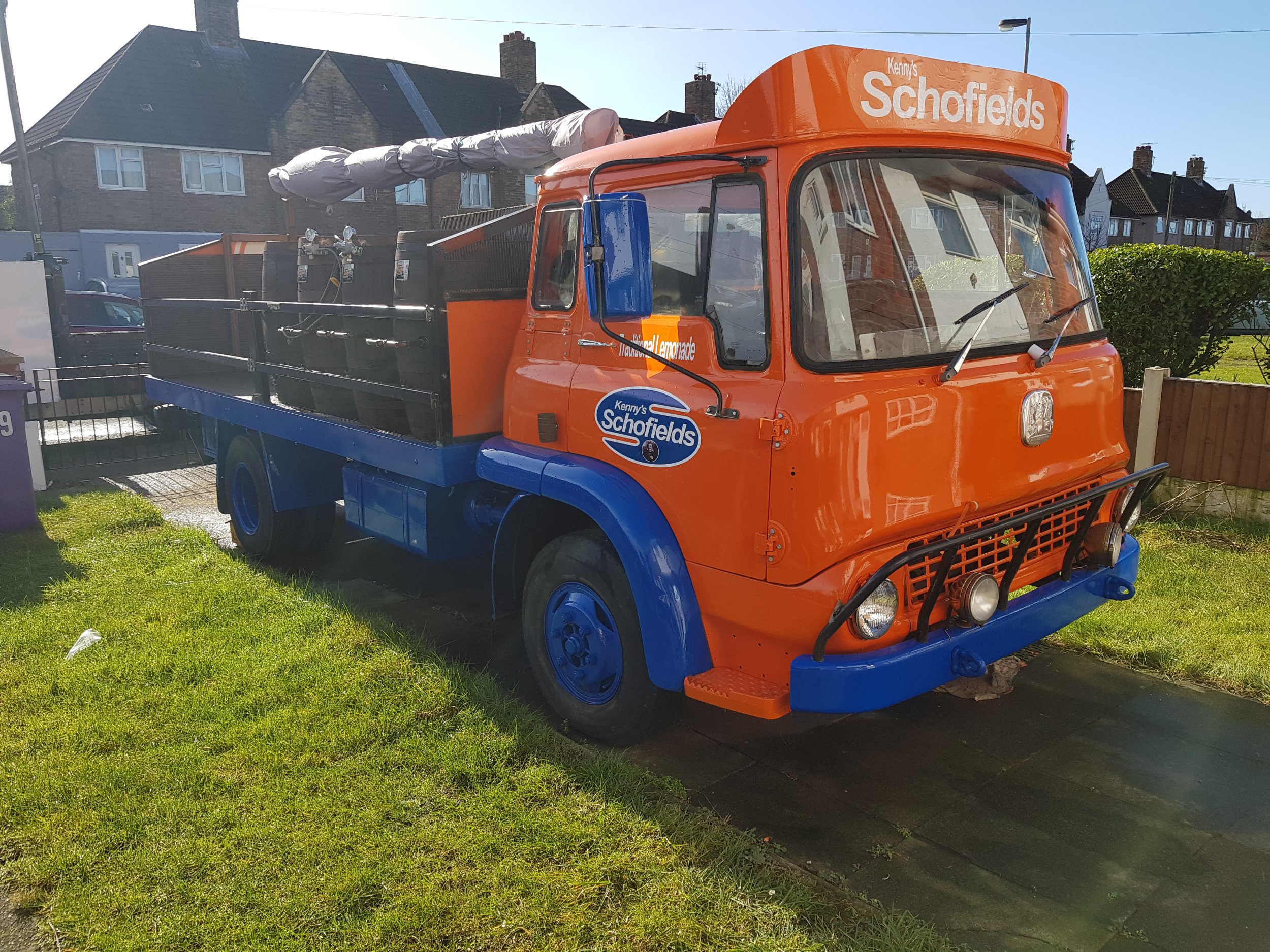 A man has restored a 1970s Schofields lemonade truck to its former glory in memory of his dad who worked at the factory.

When Tony Morrison’s dad Kenny passed away, he began a hunt to find the perfect Bedford TK truck. When he found the one he wanted, he began working on it to bring it back to working condition as a special tribute to his dad.

After getting it to the point where it could drive and function, Tony’s also painted the truck in the traditional Schofields colours of orange and blue.

Schofields lemonade trucks were a classic sight on Liverpool’s roads in the 1970s and 1980s. the trucks delivered fizzy pop like lemonade, cream soda and dandelion and burdock to local homes.

The factory where the drinks were made was on Dalrymple Street in Everton and Tony visited often as a child because his dad was working there.

And Tony’s favourite thing to do was to accompany his dad in his orange truck as he carried out his delivery rounds.

Speaking to the ECHO, Tony says: ‘When I was a kid, from about six years of age, I always went with my dad to the factory in the old lorry, delivering all over Liverpool.

‘Basically this place was like Willy Wonka’s Chocolate Factory. All the smells, all of the bottles clinking around and spinning along the conveyor belts, it was pretty magical.

‘I remember looking up and saw people in white gowns, so I obviously thought my dad was taking me to the hospital or the doctors or something. But they obviously turned out to be the people creating the lemonade.’

Tony’s dad died three years ago and the truck project was really emotional for him, but he knew he had to complete the task in memory of his dad.

‘Everyone will remember the Schofields Lemonade truck that would go to all the doors in Liverpool,’ he adds.

‘I thought to myself, “what can I do in his honour?” I actually tried to source one of the original trucks and because it was so long ago, they’d all been scrapped.

‘So I sourced a replica Bedford TK which they used, and from that it’s been fully restored back to the Schofield colours and now the wagon is back to its former glory.

‘I did it all myself and the truck is now parked up in my mum and dad’s front garden.’

Tony says the restoration process was challenging, and it took him two years of stripping down and building from scratch – but he is delighted with the final result of all his hard work.

‘It took me about 15 months to search for the van and I actually found one in Birmingham,’ he explains. ‘It’s a Bedford TK, which is what they used to have but it’s just a replica and it’s been restored completely.

‘I drove it back from Birmingham and it will only do 37 MPH, so I got it back very slowly. It’s real old school and if you got on a mobility scooter that would probably go faster.’

Tony started by stripping it down to its last wooden bolt and restored it to what it looks like today.

‘It took me roughly two and half years to do it,’ he adds.

‘It’s the passion, it’s the memory of it all. Everyone in Liverpool who sees this now, it will bring them right back to the day, there’s no two ways about it.

‘There’s that many people who stop where the wagon is parked to come and have a look at it.

‘It’s on my mum’s driveway and she’s thrilled with it because it brings it back to her that my dad is still alive. My dad’s pictures are on the wagon so it makes her feel like he’s at home.’

Tony says just seeing the truck helps him to feel connected with his late father.

‘There’s all sorts of different things that come into my head and the memories always come back. The emotional thing about me doing this lorry, I feel as if my dad was with me doing it.

‘On May 4th, I’m taking the truck to the Fazakerley Community Federation Centre on Formosa Drive.

‘They are opening a new food bank and I’m going down with the truck from 8am-4pm and we’re going to give out free drinks to the people that come. I would love everyone to come down and share stories of Schofields.’