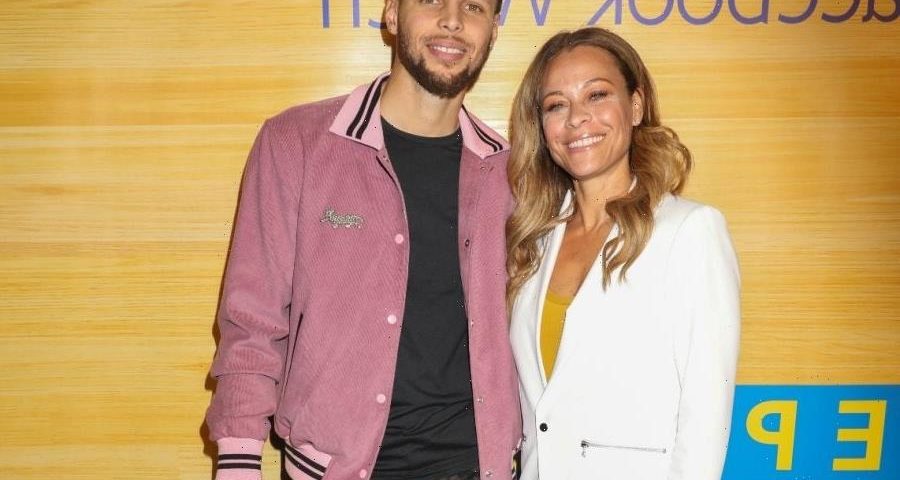 Sonya Curry is a nervous wreck. At the time of our conversation, she is just a few days away from the release of her very first book, a memoir about her life, her faith and her parenting journey called Fierce Love. “I am scared to death” she tells me, “and I don’t know where that’s coming from.”

It’s coming from the fact that it’s no easy feat to write a book. Curry’s journey to creating this work is proof of that. While the memoir has technically been in the making for about three years, it’s been a work in progress for a decade. The idea came about after her children, NBA champion Stephen Curry, fellow NBA star Seth Curry, and athlete-turned-influencer Sydel Curry-Lee became public figures and role models to many. Everywhere Sonya went, becoming a public figure herself thanks to her presence at Golden State Warriors games, people complimented her on her children.

“You just get stopped a lot from fans going, ‘[Steph’s] just such a wonderful young man. Not only is he just an extraordinary athlete, but he’s just a great person off the court as well,’” she says. “So I started hearing a lot of that.”

She also heard plenty from God.

“The Lord just started laying this on my heart, that, okay, maybe I need to just share the story about how God has just been working in their lives to get them to this point of recognition and celebrity,” she says. And a huge part of that story is her own. Her humble beginnings in rural Virginia growing up in a faith-based family, to the creation of her own. Training her kids in the word of God through daily devotional readings and church. Her pivot to becoming an educator, founding a Montessori school in North Carolina where the curriculum involves “a working knowledge of all academic disciplines rooted in Biblical truth.” Her own personal wins and losses.

She had quite the story to tell.

Still, she questioned if she was the right person to share it. Then three years ago, she could no longer ignore it. “I was going through one of my life changes and asking, ‘God, what’s next after retiring from school and my daughter graduating from college? What’s next?’ And this book just kept burning in my spirit,” she says. “Next thing I know, I’m sitting down with my ghost writer Allen, just talking about my life. And then here’s Fierce Love.”

The book was released on May 3, just in time for Mother’s Day. You’ll hear inspiring stories, as well as funny ones (like the time she glued Seth’s lips shut) and get a different perspective on the woman you’ve seen rooting for her children in the crowd.

“People see you in the stands and they don’t get to see the times you were crying, you were on your knees and in your prayer closet. They don’t get to see the times where I’m doubtful because of the decision that I made in my parenting with my children and going, ‘woman, you were crazy’ and how did I not ruin them?” she says. “And I think the thing that I just want to share with anyone who reads the book, is the fact that, we hear this all the time, we’re just like everyone else. But the truth of the matter is that we are. We’re all the same.”

And she’s a protective, passionate mom, just like countless other moms. She shares that she had to take up knitting because she used to get so riled up during and after her kids’ games in school.

“Even now, when they’re older and you’re going to the NBA games and fans are in your ear. I remember going to Cleveland the first two times [the Warriors] were in the championship, and we just went at it there, because you just lose it,” she admits. “You realize how human you are no matter how old your children are when people are just berating them. That motherly instinct just kicks in.”

She’s also had to deal with cameras in her own face as cameramen have sought to capture her reactions during tense moments on the court.

“I’m like, that is so unfair because I don’t get to be me. So I just started being a little bit more guarded and then that dampened my fun of being there to watch my children play,” she says. “So it’s always a juggling act when you’re on this level. That’s the best way for me to put it.”

But for all the stress of watching her children on this level, there’s also plenty of joy. Like watching all three raise their own children. “It does hold true that you get to spoil them and then you get to leave,” she jokes of grandparent perks. There’s also the satisfaction of watching her adult children continue to be the people of faith that she raised them to be, doing so openly and proudly while successful in their endeavors. “It’s just evidence of God’s faithfulness and Him honoring His word,” she says. “He said if you do it, then I will honor that.”

So while she’s a ball of nerves as her first book is released, she’s thankful for the opportunity to share their story, her story. She’s also glad to be of encouragement to others, and to continue to be a vessel to show what can happen when you have unshakeable faith.