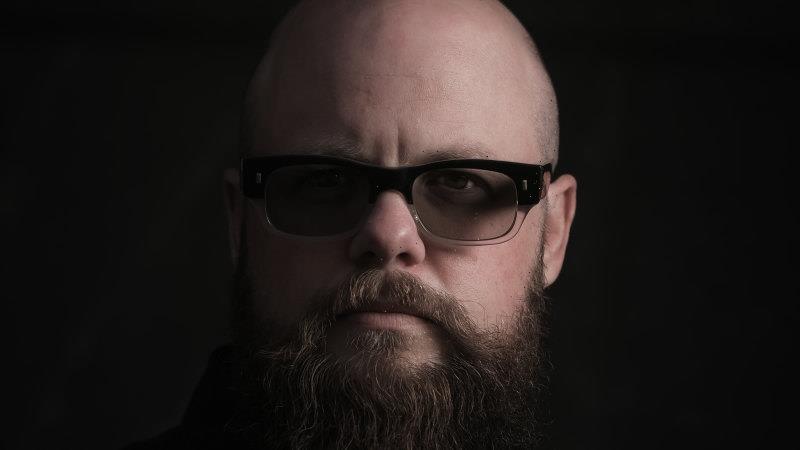 I was sexually assaulted in the late 1990s, I was female at the time and 15 years old. I joined the church soon after that. When I told church members about the sexual assault court case, they shunned me. I was told it was my fault that it happened because I wasn’t part of the church at the time. 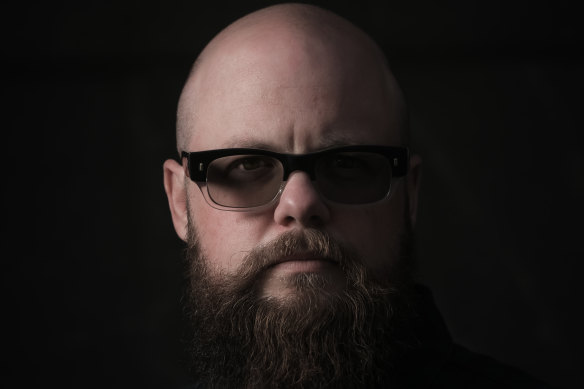 James Dalton was a former member of the church traumatised by his experienceCredit:Justin McManus

Leaders would preach in church about people being called to go into politics; to influence. It was more local at the time. They were also trying to influence the schools … to befriend these kids to come to youth group.

When City Builders found out I was gay, I was involved in quite a few exorcisms. They’d stand around me in a circle, put their hands on me, pray in tongues, cast out demons, release me from evil and pray to God to stop me from going to hell.

It would go for anywhere from half an hour to an hour and a half. I felt really dirty and evil. The exorcisms didn’t work, so I was sent to Southern Lights in Frankston to do the Living Waters gay conversion therapy. I was so indoctrinated that I had night terrors about going to hell. It’s been over 20 years and I still have those dreams. 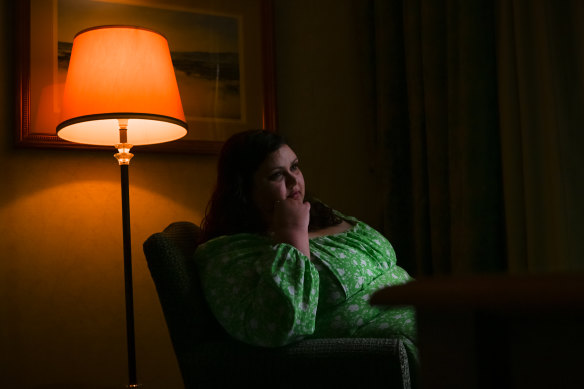 Carrie Maya was in City Builders from 2006 to 2012Credit:Justin McManus

My family joined the City Builders’ sister church in Morwell, the Christian Outreach Centre, which was another ISAAC network church [a global network of ultra-conservative Christian churches].

I was abused as a child and had been dealing with trauma from that. When pastor Michelle Worthy found out I was going to counselling, she told me to stop because Jesus is my wonderful counsellor. I desperately needed that therapy but I stopped going. I also had seizures and hallucinations, but I was told not to call an ambulance by the pastor and instead have faith in God.

One day, there was a 12-year-old boy sitting on the couch. He was wearing this T-shirt which had a skull on it, pastor Michelle (since deceased) looked at him and said: “Take your shirt off now; it’s evil.” He refused.

More and more people gathered around to see what was happening. Eventually, she grabbed him by the ankles, dragged him off the couch, slammed him on the ground. She shook him for a while, screamed at him, cast demons out of him.

She smashed his head hard on the ground. Finally, she pulled his T-shirt off him, while he was lying down, and walked around him. We were all standing around in a circle, she grabbed the T-shirt, held it above her head, walked around the circle, preaching.

We were all instructed to pray and reach out our hands. I noticed his mum standing next to me, crying and crying. She was completely disempowered. To my shame, I looked at her and said: “It’s OK, Pastor Michelle knows what she’s doing.”

I eventually reported this to a church leader in Sale and he said that “if they get reported to the police, if they get taken to court over any of this, we will stand beside them, even if they are wrong”.

We were worshippers in the congregation for about two years. Within a few days of joining, I had an ex-member come to visit me, who gently warned me there are problems in that church. I didn’t pay attention to her, but over the next two years we found out. 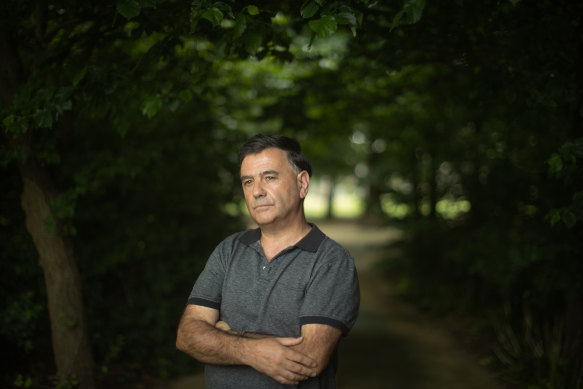 Ray Saliba grew up Catholic but has been going to Pentecostal churches since 1995.Credit:Simon Schluter

This is the worst case of pastor worship I’ve ever seen. If Pentecostal Christians go into politics, yes their politics are guided by faith. But in this case, the church would have no problem in exerting undue influence, by saying “God wants you to do this, [or] it would be a sin if you vote for this law”.

My daughter was always at Bible studies, always at church activities. She talked about the leaders all the time. One day, she said one leader told her to look at him as a father. I had to share my attention between her and our two little ones. She dramatically changed, she was just not the same person. The difference with my daughter was they actually took her into their family. They adopted her as one of their own. She never wanted anything to do with us again.

I told Brian I was gay when I first moved there. I was raised Christian, so I knew it wasn’t acceptable and that it was sinful. So in Sale, I really felt like Brian and the church would be able to help me with it. At first, he said I wasn’t gay, I’m just creative. Then he told me I needed to hang out with blokes, stop hanging out with girls, and stop doing creative things. 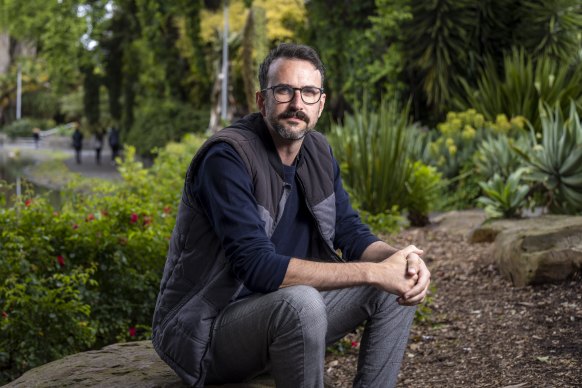 Patrick McIvor has since left the church.Credit:Wayne Taylor

He would say “don’t worry about it, you just need to find a girl”. But then over time, when I wasn’t changing, his advice started to become more specific. Eventually, he suggested to look up Exodus Ministries, which is a gay conversion program (independent of the church).

I started the sessions, where we would read through a 400-page manual once a fortnight. And we would have these sessions where they would ask “what kind of narcissist are you?” because all gays are narcissists. They would say, “you’re not demonic, but you’ve got a demonic spirit”.

The guy running the program said he used to be gay, so at least I was with someone who understood what I was going through. I felt like it was working. It felt like God was doing something in me and changing me.

Gay people aren’t broken, they don’t need to be fixed.