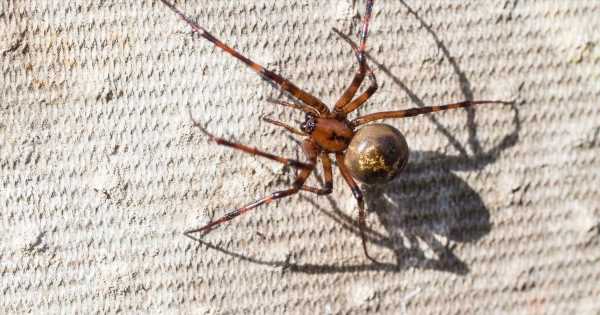 Spiders are cold-blooded and spider eggs can’t survive being frozen, they have come up with various ways to stay alive during the cold winter months – like our homes.

Much to the dismay of millions of Brits who are terrified of spiders and other creepy crawlies.

But experts from Barratt Homes claim there are several reasons we should welcome our uninvited guests into our homes, even if they make your skin crawl.

Here are their four reasons:

Spiders eat other insects such as flies, moths, and earwigs. You might not see it, but spiders actually do more good rather than harm, so having them in the corner of your living room might not be that bad. By eating other insects, spiders keep the population in check – this can also help with the spread of diseases.

It is very rare for spiders to attack humans

Only a few spiders attack humans, but mostly house spiders just like to come in and set up a home in the corner of a room, so if it is the attack itself that is the heightened worry, then rest assured. If you do not annoy or aggravate them, they won’t hurt you.

Spiders are great helpers when it comes to gardens and house plants. Rather than relying on pest control or chemicals, allow spiders to eat the pests organically. Not only will your garden be grateful, but you will also have no man-made ingredients tampering with your garden.

Many cultures believe that allowing a spider to run around the house is a sign of good luck and money. According to humansandnature.org, they say that various sources have claimed that “If you want to live and thrive, let the spider run alive.”

Thankfully, the invasion normally only lasts until the first week of October so try not to worry too much.