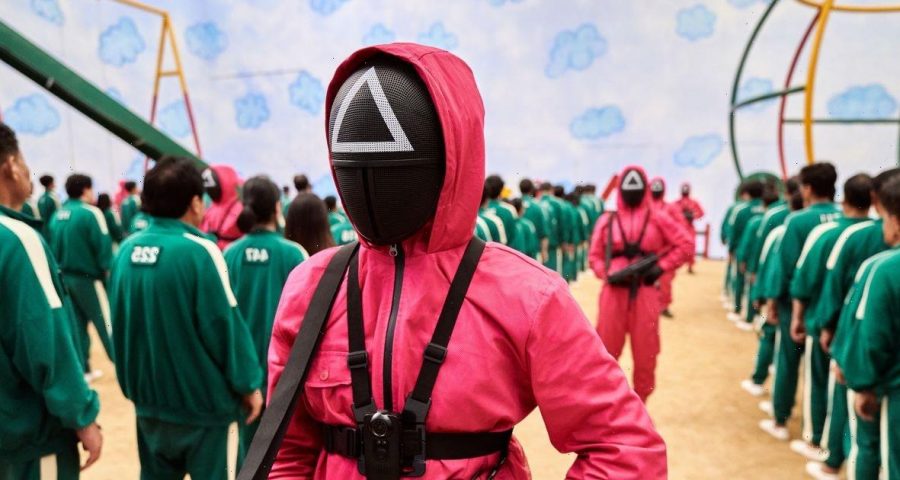 If you haven’t yet tuned into Netflix superhit Squid Game, now’s the time to reserve your spot on the sofa and get involved.

The nine-part series, which launched on the streaming giant on September 17th, has become a breakout smash and won acclaim around the globe, and fans have now started sharing their theories.

Beware, for those who are yet to watch the show, there are spoilers ahead!

In the games, there are workers who wear red and players, who can be seen in blue, and fans of the show are now wondering how the staff are chosen.

The players are all in crippling debt, and the money, should they win the games, is sure to change their life.

However, while we see the players being chosen, it's never revealed how workers are chosen.

Now, one fan has shared their theory on TikTok account @justthenbodys.

They gave their theory has to how the workers, who wear red and face masks, are chosen, and a lot of people agree.

We see Gi-Hun, who plays the lead role, choosing a blue tile during the game of Ddakji in the train station.

He was, however, also given the option of the red tile but didn't go for it.

As a result, a TikToker said: "Don't you think it's kind of weird how we never see how the red suit workers get hired or picked?"

He adds: "Remember when the guy in the subway asks Gi-Hun if he wants to play a game? And Gi-Hun has to pick a colour to play ddakji.

"He gives Gi-Hun a choice, where there is a red card and a blue card and he picks blue.

"But if he had picked red, he would have woke up as a worker because just like the players, all the workers are numbered too."

In agreement with the theory, one Squid Game fan penned: "This makes sense – maybe they were also in debt and happy to not have to take part in the game."

Another added: "I thought this since the start."

However, not everyone was in agreement with one person saying: "Use common sense. These guards have to be very trustworthy and ready to kill without messing up, they aren't going to pick random people to be guards."

For more lifestyle and TV news, sign up to OK!'s daily newsletter here