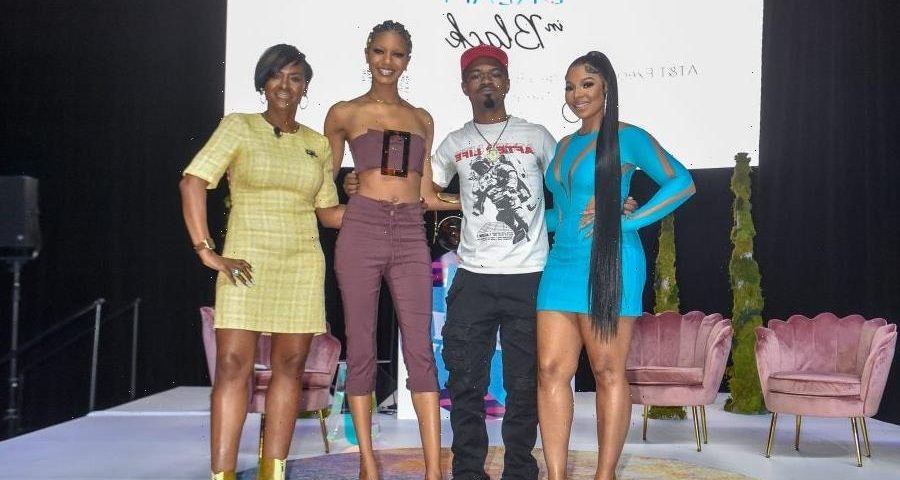 The first-ever ESSENCE Tech Summit at the 2022 ESSENCE Festival of Culture featured an eye-opening conversation presented by AT&T Dream In Black, which took a deep dive into the topic of NFTs and how important it is that more creatives & creators get on board with recognizing this new technology as the future of ownership.

Speaking with Angela Baskerville, who is Vice President of Corporate Systems at AT&T, Grammy-winning entertainer Ashanti spoke candidly about her journey in the tech space, which led her to become the first Black female artist to co-found a Web3 company.

“I think it’s so important, just for us as a culture, to be aware of technology,” she said. “Technology moves so fast and it connects the entire planet together. And being the co-founder and co-owner of a Web3 company as a Black female is a very honorable and humbling experience. I never thought that I would be in this area this deep in, because when you think technology…you think men, kinda. So, I’m glad, as a Black woman, that we’re breaking the barriers down and owning [in that space].

Ashanti also broke down why she believes fully understanding how NFTs work is crucial for creators and just the Black community in general.

“What’s important and essential for me is understanding the difference between owning your intellectual property and giving it away. So, if you think of Instagram and Facebook and Snapchat and all of that, other people are getting checks when we’re coming up with these dances and these beauty tutorials and these makeup tutorials,” she added. “But, with a Web3 company, you own your intellectual property and that’s the difference. So, I want to be a vessel to kind of explain and let people know to own your creativity.”

Later on in the conversation, Model & Poet Ebonee Davis emphasized the irreplaceable value of being able connect directly with your audience.

“Imagine doing all of the work to build this following, and then to never have access to that audience again if this app ever shuts down [indefinitely],” she said. “So, NFTs give us the opportunity to bring our community to us directly, and to have a direct correspondence with them. It also allows us to sell our art directly to our community rather than having it be consumed by people who don’t really appreciate it.”

2021 Bethune-Cookman graduate Terrance Eady also weighed in on the value of NFTs for fashion creatives like himself, sharing a little about the groundbreaking company he founded to use his knowledge of NFTs and technologies to help others in the fashion community.

“I wanted to create a space for other fashion designers so, I actually created my own startup called Fashion Swap,” he said. “It consists of 3 components. The first one is a multi-vendor market place for fashion designers. So, imagine if you’re from Miami or you’re from Detroit, you could go in and shop every single designer from your city, including independent designers.

We also have a component that teachers people how to make their own clothes and we have an animated section where you can actually turn your clothes into metaverse wearables so that they’re NFTs. It would allow you to create one rendering of a design and sell a million of those digital hoodies to people in the meta verse, creating a whole different stream of income.

Within the fashion industry, one of the things that we lack is royalties. When I sell a shirt, that’s probably the last time I’m going to make a little bit of profit off of it. With Diginal ID’s, it’s kind of like a QR code or an NFT sewn into the clothing. So, it would be like a peer-to-peer marketplace where every single time your clothes are resold, you get a percentage, as in royalties.”

To hear the conversation in full, check out the video above. For more of everything you missed at the 2022 ESSENCE Festival of Culture, visit our official video content hub HERE.