‘It melts into the skin’: The sunscreen that has just been voted the best in the WORLD for the fifth year in a row

It’s the number one rule of skincare, and yet still it’s all too easy to forget.

But if there is one sunscreen you should invest in, make it La Roche-Posay’s Anthelios Melt SPF 60.

The French dermatologist-created SPF recently earned a perfect score of 100 for the fifth year in a row, beating out competition from 80 other products tested. 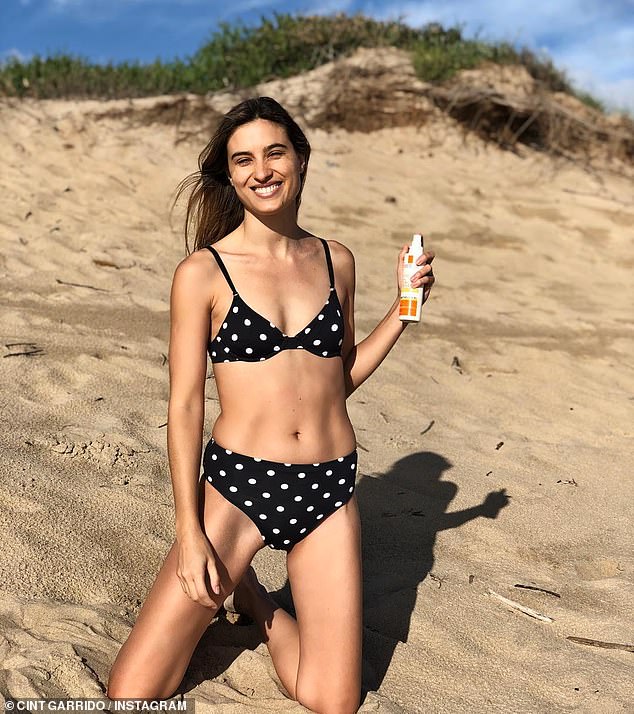 The French dermatologist-created La Roche-Posay SPF (pictured) recently earned a perfect score of 100 for the fifth year in a row, beating out competition from 80 other products tested

According to the Annual Sunscreen Guide by the Consumer Report, the $23.99 product effectively protects skin from UVA and UVB rays and the subsequent skin damage they cause.

And it wasn’t just the La Roche-Posay sunscreen’s efficacy that was praised by the Consumer Report.

Each sun cream was also evaluated by ‘trained sensory panelists’ for texture and scent, where La Roche’s product also earned high scores for its ‘melting into the skin’ capacities.

What are the top tips for using sun cream?

* Put it on clean, dry skin 15 to 30 minutes before you go out in the sun to allow it time to interact with your skin. Re-apply it just before you go out – you’ll increase the amount applied and be more likely to get the stated SPF benefit.

* Cover all parts of the body not protected by clothing (don’t forget your ears, the back of your neck, the backs of your hands and the tops of your feet).

* Apply it evenly, and don’t rub it in excessively – most sunscreens will absorb into the outer layer of skin and don’t need to be rubbed in vigorously.

* Re-apply at least once every two hours and after swimming or exercise.

* Think beyond the beach and pool – use sunscreen whenever you go outdoors for a significant amount of time, such as to the park, a lunchtime walk to the shops, playing sports or gardening.

* Store your sunscreen at a temperature of less than 30 degrees Celsius. If you leave it in the glovebox of your car or in the sun, it may lose its effectiveness. Keep it in the esky with the drinks, in the shade or wrapped in a towel.

* Don’t use sunscreens that have passed their expiry date as they may have lost their effectiveness. 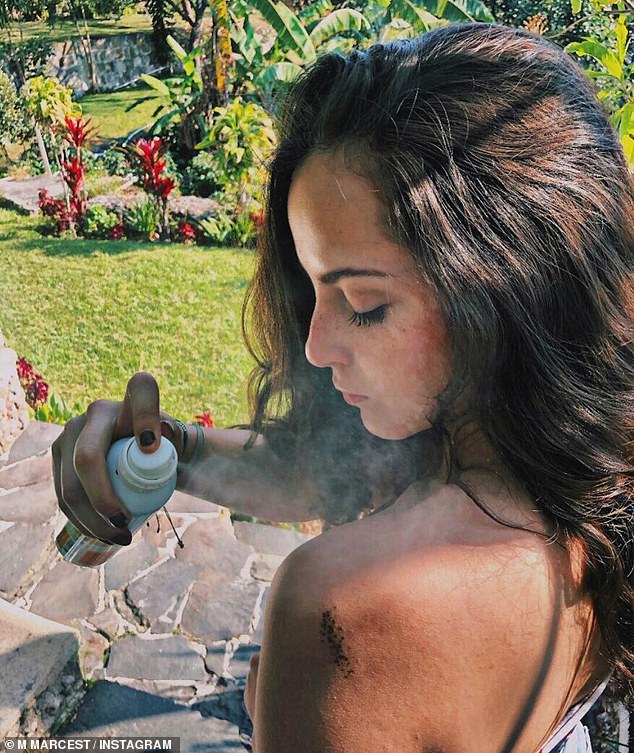 The sunscreen (pictured) contains avobenzone, a chemical active ingredient which researchers found to be more successful at blocking harmful rays than mineral sunscreens

The sunscreen contains avobenzone, a chemical active ingredient which researchers have found to be more successful at blocking harmful rays than mineral sunscreens containing ingredients like zinc oxide.

It also has the antioxidant, Baicalin, to fight free radicals on the surface of the skin while offering the highest UVA and UVB sun protection. 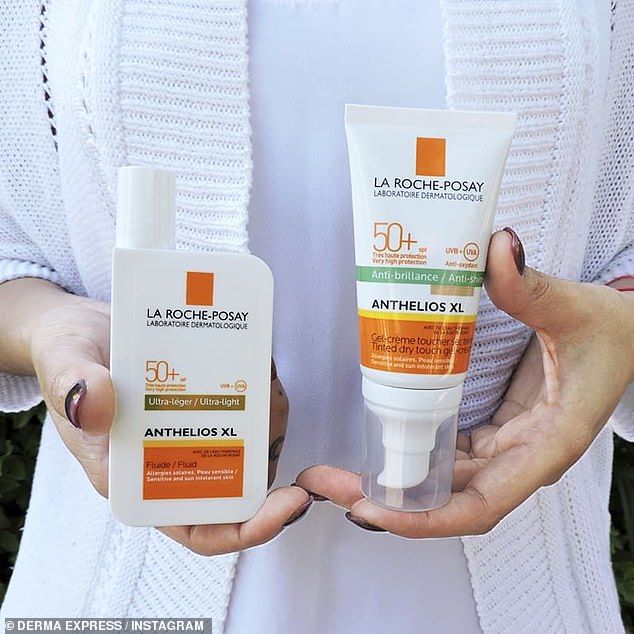 La Roche-Posay (pictured) also has the antioxidant, Baicalin, to fight free radicals on the surface of the skin while offering the highest UVA and UVB sun protection

Writing about what you should look for in a sunscreen, Australian consumer organisation Choice said that there are several things to check the label for.

‘All sunscreens on the market must be listed with the Therapeutic Goods Administration and tested and rated according to Australian standard AS/NZS 2604:2012. So the cheapest 50+ sunscreen should provide you with the same protection as the most expensive.’

They also said it’s a good idea to look for water-resistant options, as well as something with insect repellent.

Finally, even the best sun cream won’t work unless you apply it properly.

Choice recommend one teaspoon for head and neck, two teaspoons for the torso, one for each arm and one for each leg.

‘Not applying it often enough, not reapplying after swimming or exercising, and inadvertently rubbing it off on clothing, towels and so on can also reduce its effectiveness,’ they added.