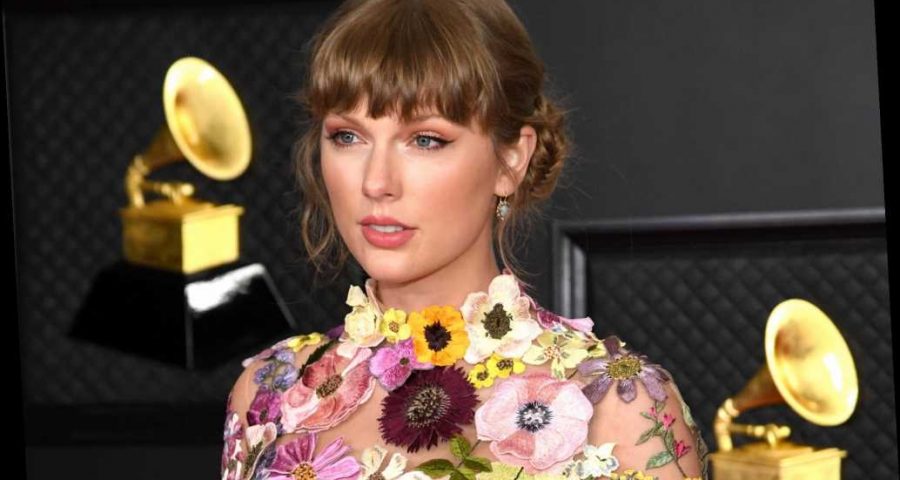 All about the special ring Olivia Rodrigo received from Taylor Swift

Taylor Swift is in full bloom.

Ahead of her performance at the 2021 Grammys on Sunday, March 14, the 31-year-old “Folklore” hitmaker posed on the red carpet in a dazzling, dreamy Oscar de la Renta dress ($8,990) completely covered in colorful flowers.

Swift accessorized with pink Christian Louboutin heels ($995) and jewels by one of her longtime favorites, Cathy Waterman.

Later in the evening, the singer-songwriter changed into a flowing navy Etro gown with metallic foil accents to perform “Cardigan,” “August” and “Willow” with her collaborators Jack Antonoff and Aaron Dessner. 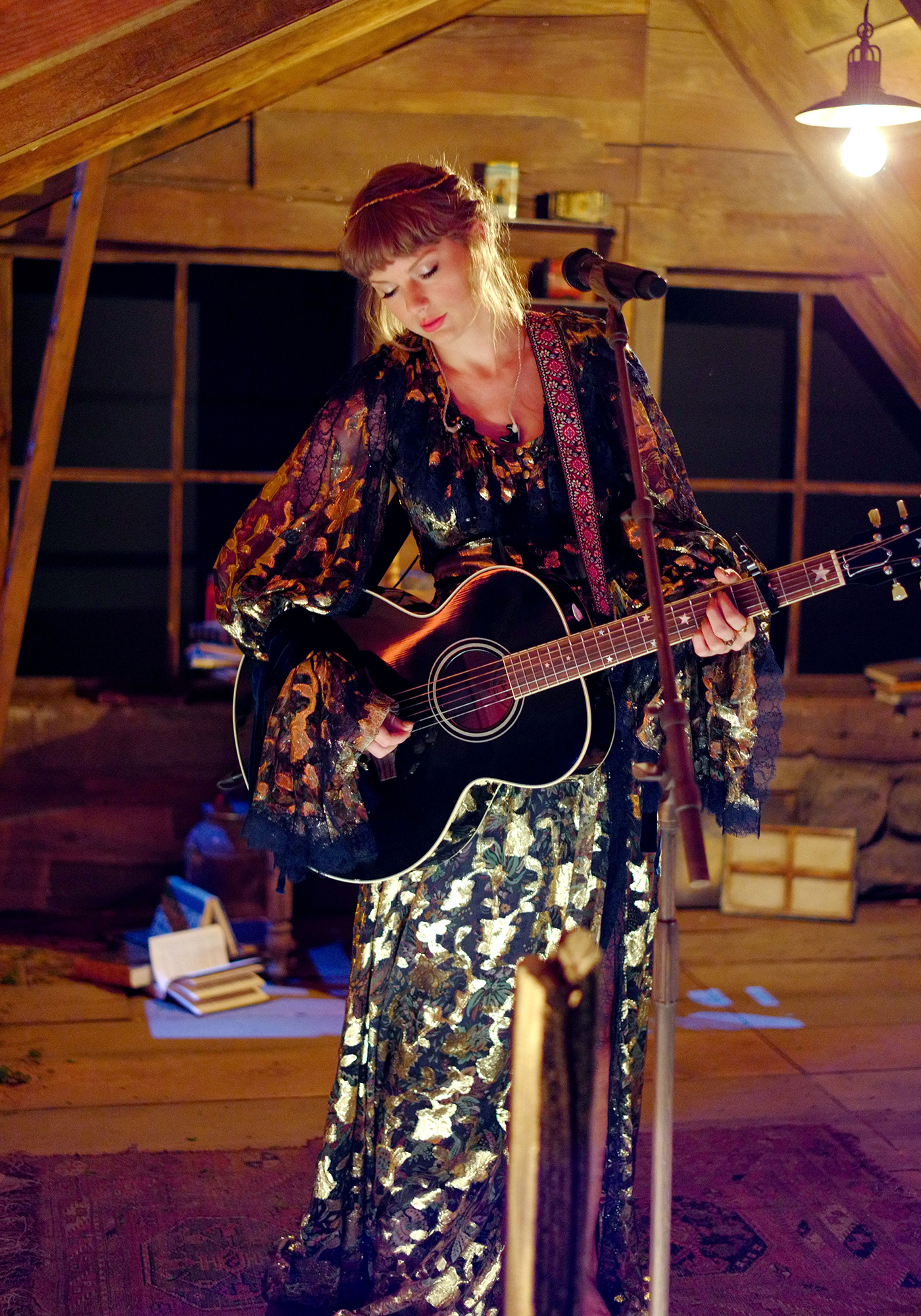 “One thing I can tell you about my Grammy performance that isn’t highly confidential is that my performance includes my collaborators Aaron Dessner and Jack Antonoff,” she teased in a video shared via the Grammys’ social-media channels last week. The duo worked with Swift on both of the albums she released in 2020, “Folklore” and “Evermore.”

On Friday, the pop star shared a snippet of her version of her 2014 hit “Wildest Dreams” — the latest tune from her catalog to be re-recorded following Scooter Braun’s acquisition of her master recordings in 2019. She’s currently in the process of re-recording her first six studio albums. 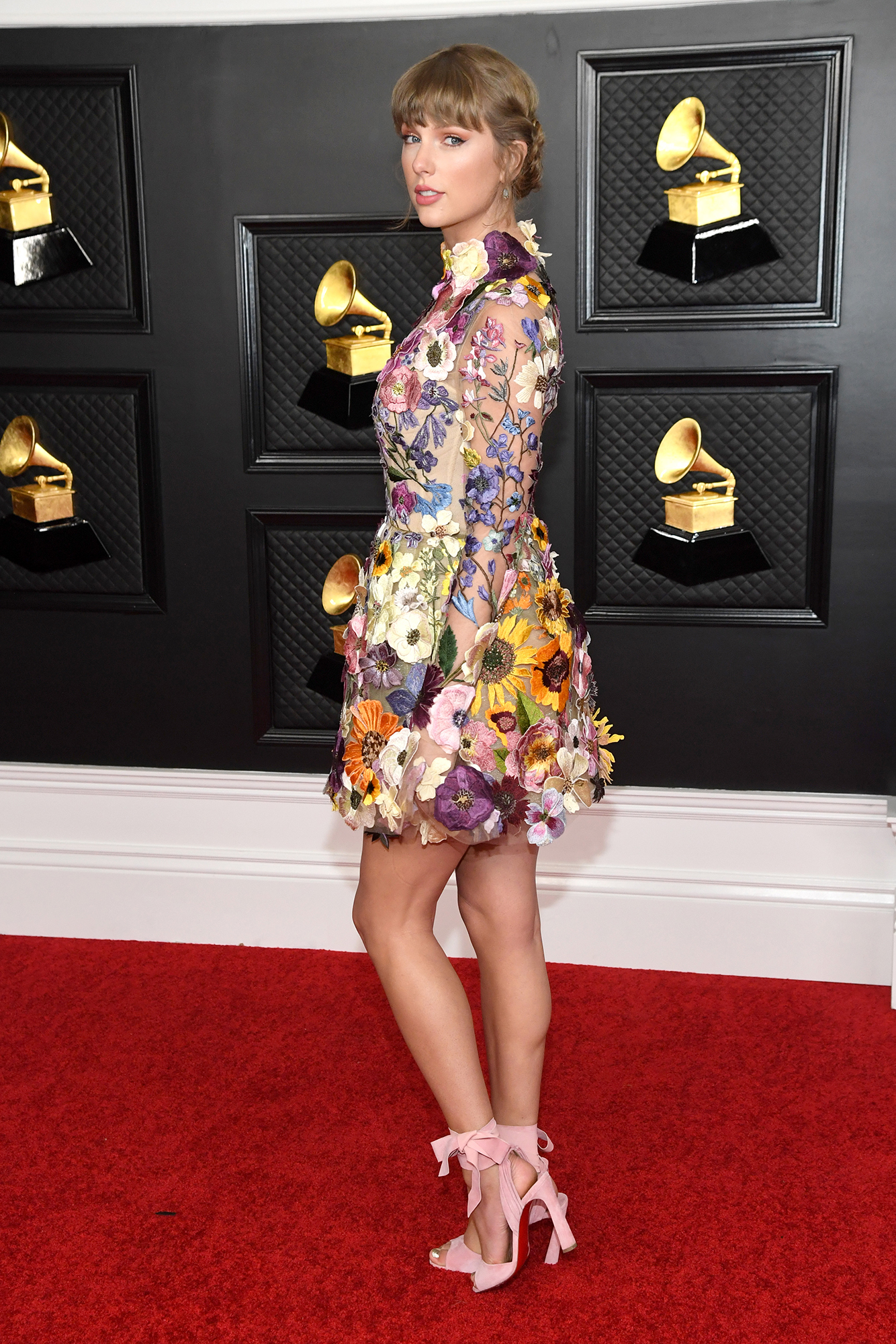