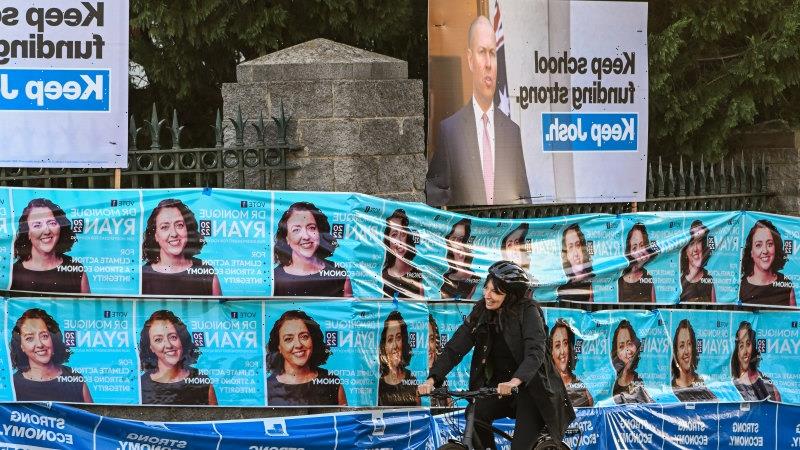 A modern political theme that will be challenged at next weekend’s state election is whether independents, particularly those with a teal hue, are on the rise.

That was the theory many political observers reached after the May federal election when a surge of Climate 200-backed independents snatched electorates from incumbent Liberal MPs. 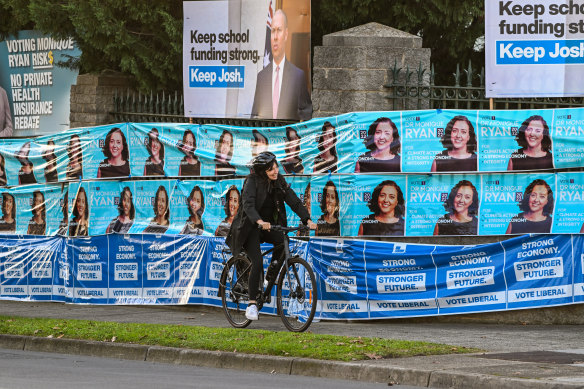 Teals are changing the entire complexion of the two party system.Credit:Joe Armao

Next Saturday we are likely to learn whether this was an anomaly, harnessed by the well-resourced Climate 200 and fuelled by a hatred of the Morrison government, or the result of a genuine community uprising.

Since May, the so-called teal movement have been cock-a-hoop about replicating their federal success in the Victoria and NSW state elections.

With four months to go until the NSW election, the teals’ internal polling suggests that the “movement” could collect up to six Sydney seats in March when NSW goes to the polls, and that’s before any candidates have been selected.

In the words of Dennis Denuto from the celebrated Australian movie The Castle, “it’s the vibe”.

While polling is helpful, Victoria will be the first real test for the Climate 200-backed teals and other independent candidates hoping to hitch their wagons to the movement. 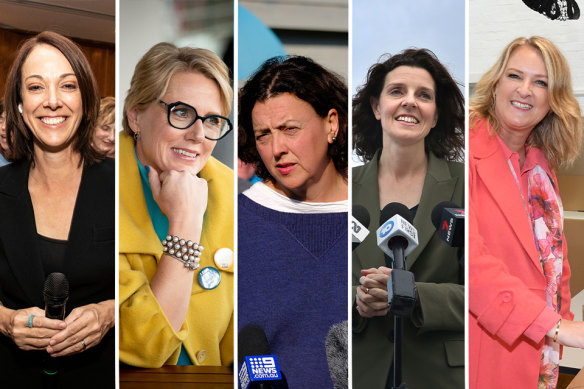 Teals Sophie Scamps, Zoe Daniel, Monique Ryan, Allegra Spender and Kylea Tink all ousted Liberals at the federal election. Victorian teals are hoping to do the same at next week’s state election.

Senior Liberals also report that several federal MPs dumped in the federal teal wave will use the election as a litmus test to decide whether to dip their toe in 2025, or abandon all hope of winning back once-safe seats.

The teals, as they have become known, remain confident about defeating Liberals in two seats. This modified expectation is a reflection of the fact there are structural barriers, particularly around fundraising, in Victoria that make it harder.

But neighbouring Hawthorn will be much harder, with Liberal candidate John Pesutto on a mission to prove this once-safe Liberal stronghold is still winnable for the Liberal Party.

In many ways, Pesutto’s gracious acceptance at losing the seat live on ABC in 2018 has worked in his favour with those involved in his campaign reporting that voters mention it sympathetically, daily. This time around, he has engaged in a deliberate strategy to try and woo those once rusted-on Liberals who flirted with the teals in May by keeping up his ABC appearances during the campaign.

Liberal headquarters have also wisely allowed Pesutto to run his own race. With that freedom, he has distanced himself from the Liberal brand and run a hyper-local campaign, which in many ways mimics what many federal teal candidates did in May. As the saying goes, imitation is the sincerest form of flattery.

If Pesutto loses, it won’t be through lack of effort. He has spent the best part of 11 months in the electorate with his team having knocked on 80 per cent of the entire seat. But simply knocking on doors isn’t always enough. Teal campaigns don’t measure simple knocks, but calculate the number of “meaningful engagements” – where volunteers receive a commitment from residents to consider voting for the candidate.

In the Liberal-held seat of Mornington, teal candidate Kate Lardner is considered one of the strongest contenders for the Climate 200-backed teals. Lardner’s team reached a modest 3000 households through doorknocking but estimate their level of commitment to be around 60 per cent.

Lardner, a 35-year-old medical doctor, is also number two on the Labor and Greens how-to-vote card which spells trouble for perennial candidate Chris Crewther who lost the federal seat of Frankston in 2019.

Buoyed by the result in the federal seat of Goldstein which turned teal in May, Climate-200 backed teal candidate, Nomi Kaltmann, a former Labor Party staffer, was offered the chance to run against deputy Liberal leader David Southwick in Caulfield.

While the demographics of the electorate spell trouble for the Liberal Party, it's now Labor that is increasingly confident about winning the electorate next weekend.

While the teal's city expectations have been tempered somewhat, there is a buzz around 31-year-old Jacqui Hawkins' chances of defeating Liberal Bill Tilley in the rural seat of Benambra, centred around Wodonga.

Hawkins turned down funding by Climate 200, but accepted polling paid for by the Simon Holmes a Court-led group, which showed Tilley's primary vote had plummeted from 40 per cent in 2018 to 33 per cent.

The internal polling showed Hawkins recorded a 16 per cent primary vote, but that jumps to 28 per cent when "treated" which involves reminding voters about her campaign. On a good day, that could potentially generate a 54 per cent two-party-preferred win for the Hawkins after preferences.

Hawkins’ regional pursuit is part of a wider trend in Victorian politics which has seen country seats like Shepparton and Mildura, once represented by the major parties, fall to independents.

Liberal sources now fear that trend could catapult journalist and community activist Carol Altmann to Spring Street in the seat of South-West coast where she is challenging sitting Liberal MP Roma Britnell.

The electorate is centred around Warrnambool, where Altmann is popular, and takes in the same booths lost by federal Liberal Dan Tehan to an independent in May.

Political opponents have been quick to label teal candidates “fake independents” based on the idea that they have cynically harnessed the public’s anger with the major parties to target Liberal MPs. But what this election may prove is that the popularity of the independents goes beyond the so-called teals and no seat is safe.

The Opinion newsletter is a weekly wrap of views that will challenge, champion and inform your own. Sign up here.