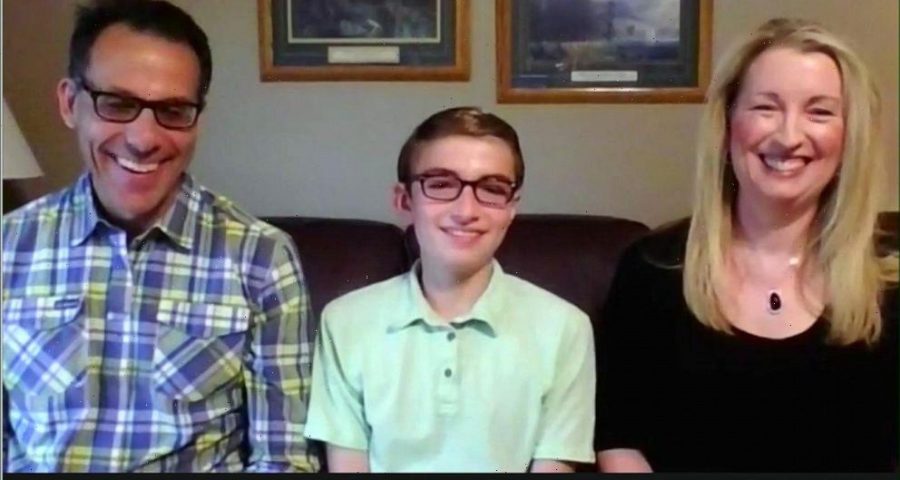 Joseph Costello, a high school freshman, will have his college education paid for thanks to getting a COVID-19 vaccine.

Joseph, of Englewood, Ohio, was announced Wednesday as the winner of a full-ride, four-year scholarship – with room, board tuition and books – in Ohio’s Vax-a-Million lottery.

“It feels very good,” Joseph, 14, said Thursday on “Good Morning America,” adding that he hopes to attend either Miami University or Ohio State University. “I’m very happy about it and excited.”

Moderna says COVID-19 vaccine 100% effective in kids ages 12 to 18: What parents should know

Joseph’s name was drawn from nearly 105,000 entries among vaccinated 12 to 17-year-olds in a drawing held Monday at the Ohio Lottery.

Joseph and Abbigail Bugenske, 22, who won the first $1 million prize for eligible adults, were announced as the winners on live television Wednesday night.

Ohio Gov. Mike DeWine and first lady Fran DeWine visited Costello and his family, and shared a picture of the moment on his personal Twitter page.

Joseph is the first recipient of five full-ride college scholarships, and Bugenske is the winner of the first of five $1 million prizes the state will give to eligible residents who have received at least one dose of the COVID-19 vaccine.

“We were planning on having all our children vaccinated by the end of the month,” Joseph’s mom, Colleen Costello, said on “GMA.” “The contest, though, did accelerate our decision and we got it done before the first drawing.”

“It’s still going to be sinking in for a while, but it’s very exciting,” added Joseph’s father, Richard Costello. “We’re real thankful about it.”

DeWine announced the Vax-a-Million competition, which is funded by federal COVID-19 stimulus money, on May 12 as a way to raise the state’s vaccination numbers.

As of Wednesday, 4.5 million state residents, about 39.19% of the entire Ohio population, are fully vaccinated, according to the Ohio Department of Health.

However, since DeWine announced the competition, health officials said they saw an uptick in first-dose administrations. There have been a total of 287,013 new first doses administered over the last two weeks, a 5.8% jump from May 12, according to the data.

Other states have held incentives to increase their waning vaccination numbers. New Jersey and Connecticut are offering free beers to adults who get their shots, West Virginia is offering a $100 state savings bond and New York is offering free subway cards as well as 50 full college scholarships.