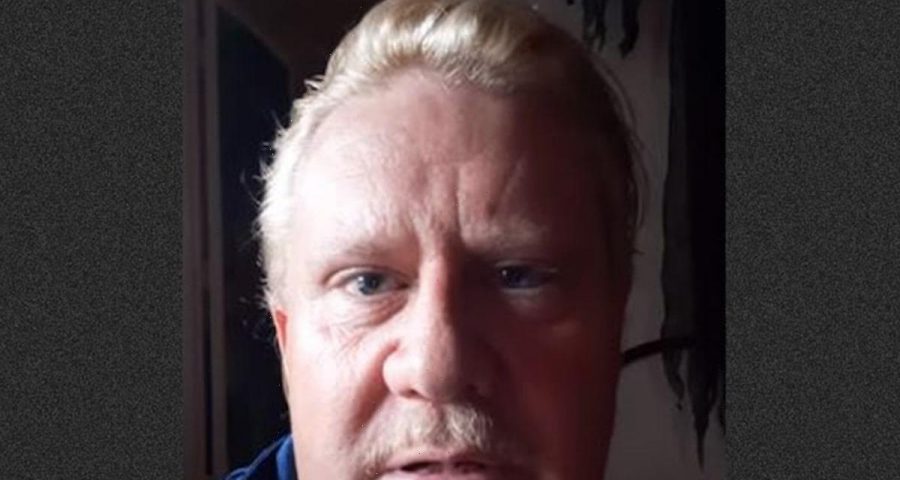 Trent Vahn Paschal has died of a self-inflicted gunshot wound, according to police.

The Texas father killed himself after months on the run, charged with the murder of his wife.

In October of 2020, the then 48-year-old made headlines after posting a YouTube video apologizing to his children for what he was about to do to their mother for allegedly cheating on him, before hiding in the shower and ambushing her and his mother-in-law. Savannah Paschal was shot dead, her mother Shirley managed to escape.

After fleeing the scene, police said they tracked him to a nearby Walmart, where he was shot and wounded by officers after refusing to drop his gun. He was arrested and charged; after recovering in hospital, he was released on $550,000 bond, on condition of wearing an ankle monitor.

But on April 13 2021, police said he cut off his GPS tracker and fled in a stolen Chevy Tahoe, after hijacking a car salesman at knifepoint during a test drive.

Thus began a months-long U.S. Marshal’s manhunt — which finally culminated in a trailer park in Florida on Sunday.

Marion County Sheriff’s Office received a tip that Paschal was at the Holiday Trav-L Park in Ocala, the ABC13 reported.

After surrounding a van, they demanded he come out. He refused — then officers heard a gunshot from inside.

“Law enforcement — police officers — know probably the most dangerous criminal is one who has skipped out on his bond, one who has cut his monitor off, one who has evaded law enforcement,” Deputy U.S. Marshal Alfredo Perez told a news conference. “So, they didn’t approach for a while. When they did approach, they found a white male deceased in the van.”

Officers found two weapons in his possession. They do not yet know how he got them.

Savannah’s mother Shirley also spoke at the briefing, lashing out at the judges for failing to keep the community safe.

“Did I want him to be held responsible for his actions? Did I want to look him in the eye and for him to face me again with what he had done? Yes,” she said. “Am I sorry that he longer walks on this earth? No.”

“The system failed. It was found out that [Trent’s] ankle monitor was at his mom’s home charging almost 90% of the time,” she added. “I think there needs to be stricter monitoring on the ankle monitors.”

A chilling video posted on YouTube shows a father apologizing to his children right before he allegedly killed their mother.

Trent Paschal, 48, was arrested on Wednesday for the murder of his wife Savannah.

In the four-and-a-half minute clip, the father says sorry to his two children for what he has done — or is about to do:

“I’m recording this because I want my daughter to know, I love you Mackenzie Paschal, I’m so sorry that I’ve done this,” he says.

“I didn’t choose this, your mom chose this. She’s been cheating on me for a long time,” he claims in an oddly unemotional tone, insisting he has “audio of her talking to other guys.”

“I didn’t do nothing wrong to her,” he says, claiming he told his 18 years younger wife when they first met she was too young for him.

He said he heard her call another man “baby” on the phone, before discussing a sexual dream with him; he goes on to insist he never hit or hurt or even called his wife names.

“I’m like why me? My hair’s a mess, and I look horrible,” he whines, breaking into dry-eyed sobs.

During the video, he continually looks to his right, at one stage apologizing: “Sorry I keep looking at the cameras… I don’t know how much time I have.”

The most chilling part of the video comes right at the end, when Paschal glances at the cameras one more time before springing up and running to another room; what sounds like a  shower curtain being pulled aside can be heard before the video cuts out.

According to the criminal complaint, obtained by Click2Houston, Savannah’s mother Shirley witnessed Trent jump out of the shower and shoot her daughter.

Per Officer S. Leacroy, when the two women returned to the house “Trent was inside of the residence, and hiding in the shower in the Master bedroom’s bathroom.”

Shirley told the officer “Trent stated he was going to shoot both her and Savannah”; Shirley said she slammed the door and fled toward the front of the house, tripping and falling multiple times.

“As she was running away she heard gunshots and continued running to her neighbors residence.”

Upon returning with police, they found Savannah lying on the floor of the master bedroom with two gunshot wounds to the stomach. She later died at hospital.

One neighbor, Donald Riddick, told the site he had never seen the couple argue until that morning. He said he saw Trent leave the house, while Savannah went to a neighbor’s to ask for help.

He believes the video was recorded before the alleged ambush.

Paschal was tracked down by a Harris County Sheriff’s Deputy; he was shot when he allegedly refused to give up his weapon.

He is expected to survive, and once released from hospital he will be charged with murder and held on $250,000 bail.