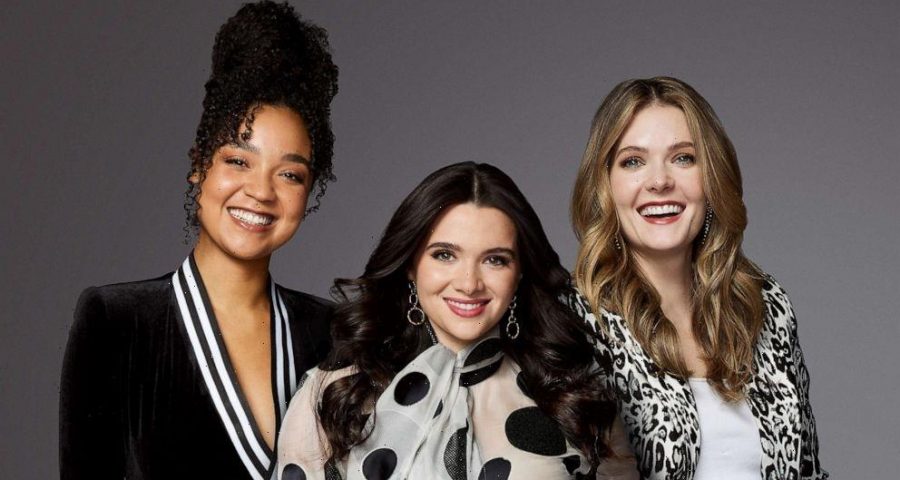 “The Bold Type” returns for its fifth and final season this week, and fans are in for what’s sure to be an emotional ride.

The Freeform series’ stars — Katie Stevens (Jane Sloan), Aisha Dee (Kat Edison) and Meghann Fahy (Sutton Brady-Hunter) — appeared on Monday’s “Good Morning America” to discuss what it has been like filming the show for the past five years, as well as the series finale and tease what happens this season.

Last season, Richard left after Sutton told him she didn’t want to have kids after suffering a pregnancy loss that deeply affected them both. Richard, who wants children, left Sutton. Sutton ventured home after Richard left and after a drunken night out, hooked up with her married ex-boyfriend.

“We left Sutton and Richard in season four in a pretty tough spot. They’re just two people who love each other a lot and want different things, and so no matter what they choose, someone doesn’t get what they want,” Fahy told “GMA,” adding the audience will get to, “sort of watch them work it out, hopefully.”

Stevens connected with her character in a deeply personal way. In September 2019, she revealed she had a breast cancer scare after discovering a lump in her breast, which ultimately turned out to be a benign tumor known as a fibroadenoma.

This was significant for Stevens as her character found out she had a BRCA gene mutation which put her at a higher risk of developing breast cancer, which killed her mother. According to the National Breast Cancer Foundation, 1 in 400 — or 0.25 percent — of women carry a mutated BRCA gene and these are often passed down from parent to offspring. Her character underwent a preventative double mastectomy in season 4.

“Telling this story, it made me be really conscious of checking myself every morning,” Stevens said. “A year and a half ago I did find a lump that I would not have found had I not been checking myself, and, you know, with the support of my friends and my family, I immediately went and got it checked out and I’m thankfully fine.”

As for the culmination of their journey on the show, Dee said filming the final episode of “The Bold Type” was a big deal for her and everyone involved.

“I wasn’t really expecting to get emotional, which is very naive of me, you know, but I mean we spent five years with our crew, and they’re a really big part of the show,” she said. “So we all cried, like, you know, 8-year-olds. It was pretty embarrassing actually. I hope nobody has the footage.”

The fifth and final season of “The Bold Type” premieres Wednesday, May 26, at 10 p.m. ET on Freeform.