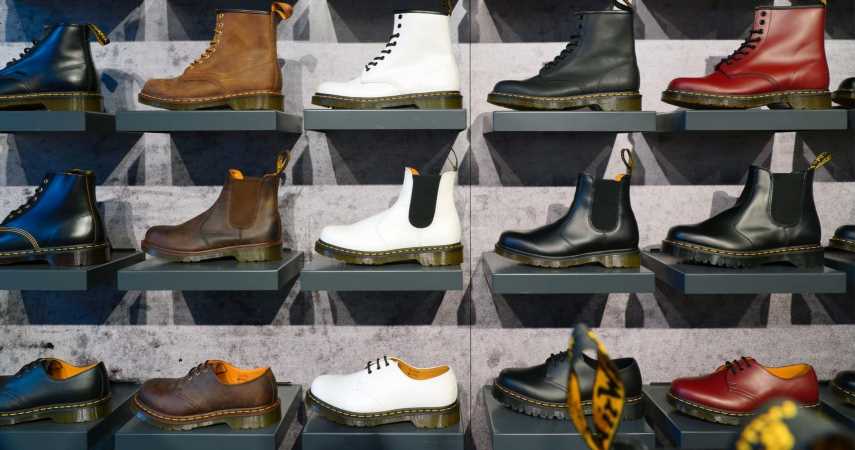 We’ve seen them on the feet of celebrities like Miley Cyrus, Gwen Stefani, Jared Leto and Robert Pattinson but Doc Martens didn’t start out as iconic fashion ware. The boots have gone through decades of changes, modifications and growth as just about every cultural group have made them their own.

Check out Doc Martens story and how one small company, launched a cultural symbol across the globe.

Freshly home from serving in World War II, German native, 25-year-old Dr. Klaus Maertens was nursing a broken foot and, in the process, created an air-cushioned soled boot, versus the hard leather sole previously seen on a workman’s shoes.

Using left over military supplies, formal production began and business was booming, however, it wasn’t until third-generation English shoe manufacturer Bill Griggs caught on to the new product that it was seen among those in the UK. According to Dr. Martens, they added a simple, yet distinctive yellow stitch, a two-toned grooved sole edge and branded the shoe as ‘Airwair’.

What was once worn by postmen and factory workers changed lanes when The Who’s Pete Townshend became the first celebrity to wear them on stage. The simple shoe was paying homage to Townshend’s working-class heritage and rebelling against popular fashion at the time. Townshend was known to go against the expected and has said he didn’t want “fancy” clothes to get in the way of his performance. Fans loved his new look and soon, every group from skinheads, musicians, punk, grunge and factory workers were all sporting the shoe.

RELATED: How Ralph Lauren Became An Icon In The Fashion Industry And Grew His Billion-Dollar Empire

The DIY Brand Of Pop Culture

Not only did women begin getting in on the craze, they created floral, galaxy and snakeskin designs, creating a street brand of the original. By the 1970’s, glam, punk and goth styles had erupted and the boot in it’s natural black or brown style was all the rave. Regardless of which group you belonged; Doc Martens could fit the stylish bill of the decade.

The Ups And Downs Of An Iconic Company

In the late 1970’s, according to Fabrik Brands, the skinhead movement and their affinity for the boots didn’t exactly help Doc Martens reputation. As gangs, began to form and also adopted the popular shoes as a part of their attire, the boot became synonymous with violence, fear and hatred. Ironically, police officers in the UK were still wearing them and a new wave of pop culture came on board representing positive vibes, eventually turning the perception of the fashion staple around.

At the heart of the brands popularity has always been music. In the mid-80’s with the arrival of bands like Pearl Jam, Nirvana and others, we began to see fashion designers like Marc Jacobs including the boot in their runway ensembles. Anyone that wanted to represent individuality, independence and weren’t afraid to claim their own style, was wearing Doc Martens.

Compared to designer brand shoes today, we can get a pair of Doc Martens for an average cost of $130, making the look accessible to many. Shoppers can pick them up at department shoe stores like TJ Maxx, DSW and Marshalls for an affordable price. What’s even better, the boot seemingly goes with everything. Pair with a long maxi dress or a miniskirt; jeans and a T-shirt or business attire.

Remember the “First and Forever” campaign? The company asked customers to recall the memories of their first pair of Doc Martens. Participants were able to upload their stories and the successful campaign was even recognized at the DADI Awards.

In addition, the “Stand for Something” campaign focused in on the diversity of both customers’ style and the pattern that Martens have stood for over the past six decades. The idea of being different, yet stylish still resonates with fans today.

It Is Still Fashionable

According to Teen Magazine, the company appeared to take a back seat in the early 2000’s but with celebrities like Gigi Hadid and Dakota Johnson wearing them on a day out in the town to the red carpet, the boot quickly bounced back by 2010. Not only are the originals popular, but DIY customization is no longer necessary. Doc Martens come in several designs, height and style variety from hearts to cartoon characters. However, with that iconic stitching and style, we can recognize the iconic boot for what they are.

READ NEXT: The Cannon Shoe Rack: Nick Cannon Owns Some Of The Most Expensive Shoes In The World