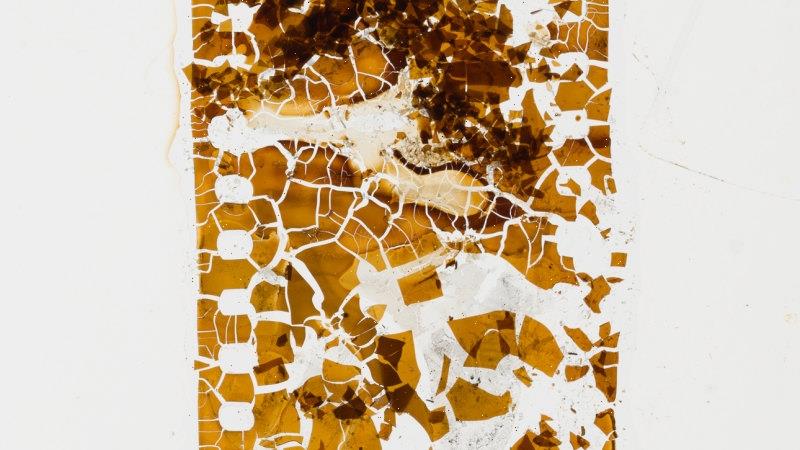 By Shane Wright and Katina Curtis

The image could be on a wall in a modern art gallery or a piece of mosaic pulled from Pompeii.

Mustard-brown, it could pass as an artistic interpretation of Australia’s arid inland where dry river beds hint at better times.

But the nitrate piece of film, held by the National Archives, is a piece of this nation’s disintegrating history. 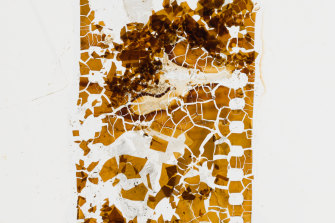 The disintegrating image of Italian prisoner-of-war Leo Antonini. He served out the war in a West Australian camp. His image is one of potentially thousands slowly disintegrating as the Archives battles for more funding.Credit:National Archives of Australia

Taken during World War II, it once held an image of Italian Leo Antonini, who was held in a West Australian prisoner-of-war camp. He was one of more than 18,000 men shipped from the northern hemisphere to Australia to see out the end of hostilities.

It is one of the many documents that form part of Australia’s history that the Archives, starved of adequate funding for years, are struggling to preserve.

Peter Doyle, an honorary associate professor with Macquarie University who helped curate images of Sydney criminals and gangsters that were in danger of disappearing in the 1980s and 1990s, says the slow battle being lost by the Archives goes to the heart of Australia.

“Like the Bayeux Tapestry, the Bradshaw rock art in north-west Australia, if no one had ever heard of the stuff, we wouldn’t even know what we’d missed,” he says. “It’s a silent but massive impoverishment of our culture, our history, our self-knowledge, our pride even.”

Once a year the Archives garner national attention when on January 1 they release the official Cabinet papers. In the past 12 months, they have also gained attention for their role in the Palace Letters debate, when the Archives was forced by the High Court to release correspondence between then governor-general Sir John Kerr and the office of the Queen that documented the dismissal of the Whitlam government in 1975.

Outside these moments, their headquarters in Canberra is hushed.

It is housed in one of the three original government buildings established when Canberra took on its role as the national capital in the 1920s. It was home to Canberra’s first post office and telephone exchange as well as ASIO and a range of other departments. 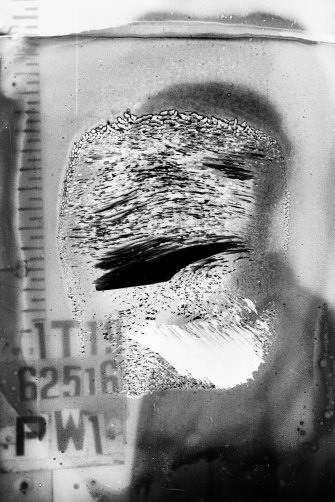 But it is beyond these quiet halls, in nondescript storage buildings, that hundreds of kilometres of documents sit, quietly disappearing.

The Sydney Morning Herald and The Age revealed this week just what is at stake.

Tape recordings of wartime speeches made by prime minister John Curtin, a petition to George V calling for Aboriginal representation in the Australian Parliament and a register of births, deaths and marriages of people from Pitcairn Island – the descendants of the mutineers of the Bounty – all face the same slow end as the image of Leo Antonini.

The Archives hold more than 11.3 million photographs and negatives, 200,000 films and 190,000 audio tapes that are at very high risk of disintegration. Another 360,000 paper documents – relating to foreign affairs and immigration policy, RAAF correspondence, Prime Minister and Cabinet, and court-martial case files – and 712,000 photographs are in high demand but aren’t digitised.

A review of the Archives by former Finance department head David Tune, released publicly in March, estimated digitising these will cost between $297 million and $440 million.

Funding has already been allocated to digitise four sets of World War II service records that are highly sought by family historians.

At the moment, the Archives spend about $900,000 of their $6 million annual capital budget on digitising records. Even if they spent the whole $6 million, it would take 70 years to digitise these high-priority items. At existing staffing levels, only 6 per cent of the collection of magnetic tapes will be digitised by 2025, when the material will start to become inaccessible.

“It is not feasible to save them all,” the Tune review states. It recommends a seven-year, $67.7 million program to save the highest-priority items.

Without the funding injection, the papers of suffragettes Adela Pankhurst and Celia Johns, who led anti-conscription efforts around the country during World War I, will disintegrate.

Award-winning historian Deborah Jordan has written about Pankhurst and her contribution to Australian political debate. She says without the Archives’ records, the full picture of Pankhurst and others could never have been revealed. 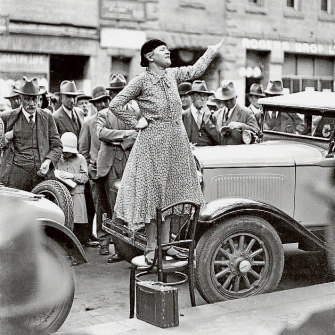 A 1941 photograph of Adela Pankhurst. Records of her peace efforts in WWI are now at risk of turning to dust.Credit:Sydney Morning Herald

“Without official documents, we only have a truncated version of history, too shallow for us to understand the forces that shaped our past and hence our future,” she says. “All of us are enriched, especially the women who stand up today opposing sexual violence, when we have the fuller story about the importance of treaty and peace.”

It’s not just professional historians who value the Archives. The vast majority of requests come from people looking into their family history.

Researchers from other areas find gold when mining the records too. The audio of Curtin’s speeches, for instance, highlights his particular accent and the way it developed to speak to large, crowded halls without a microphone.

Macquarie University linguistics professor Felicity Cox, one of the foremost experts on the Australian accent, says such recordings are vital to her work.

“Our accent is a symbol of identity. It’s a really important symbol of Australia, the accent, and if those old recordings are lost then we won’t have a good record of what the accent was like, how it’s changed,” Cox says.

“It’s crucial that we preserve these for posterity.”

Years of funding cuts, which have translated into fewer staff to carry out the important curating work necessary to maintain the millions of items held by the Archives, have been a constant challenge to its director-general, David Fricker. 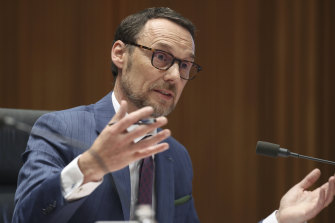 David Fricker says the Archives are struggling to preserve their vast holdings.Credit:Alex Ellinghausen

A key aim of the Archives is to digitise its holdings. That would at least protect them while also making it easier for users, from the aunt who has decided to write a definitive history of the family to the professional historian seeking to reveal a key element in Australian policy development.

But even that does not safeguard their ongoing protection.

“It’s easy to store. You could put a record in a clay pot and you can bury it in the desert but it’s not accessible,” Fricker says.

“What we forget is how quickly technology is superseded. Even third-party platforms, we forget how quickly something like YouTube could disappear one day, we think we could use that as an archive.”

Record-keeping has transformed over the past 30 years, from floppy discs to hard discs to zip drives to the cloud.

That has reduced costs but there has also been an explosion in data to collect. Trying to determine what technology will be in use in a decade’s time is difficult.

The Archives have to think about how information will be stored in 100 years’ time. Since the 2001 census, people have been able to have their personal records saved rather than destroyed by the Australian Bureau of Statistics.

Those personal records are now the responsibility of the Archives. 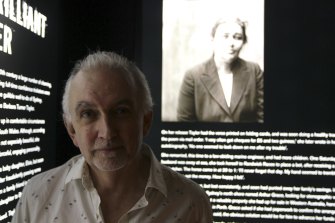 Peter Doyle, with some of his curated work on Sydney forensic photographs, likens archives to ore – they need to be worked to turn into history.Credit:Tony Walters

Fricker says the census, to be carried out in August, is an example of the long-term storage and finance issues facing the Archives.

“Right now people around the world are really enjoying the value of accessing the census records from 100 years ago. In the UK it’s one of the biggest, most popular records in the UK National Archives,” he says.

“This is how people connect with themselves and their history and their family histories.

“I think in the years to come, in the centuries to come, public policy, the government of Australia will be so much better informed if we were to maintain these sorts of records.”

Doyle, whose work helped transform a bunch of dusty negatives into one of the most valuable forensic photographic collections in the world, says politicians find it too easy to dismiss the importance of archives.

“Archives don’t so much contain finished product, the shining cultural riches, but rather they’re like a very high-grade ore containing utterly unique materials, which may be extracted through much long, careful additional collective labour and attention,” he says.