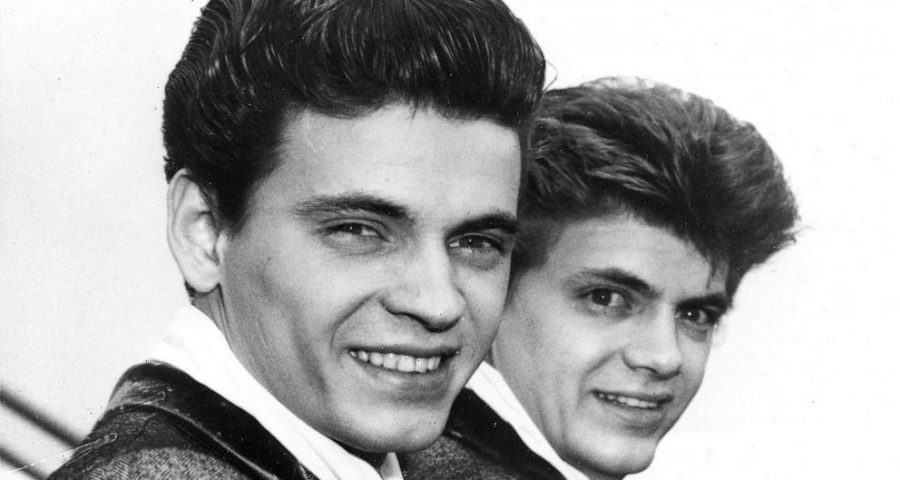 Don Everly, half of the influential and pioneering early rock ‘n’ roll duo The Everly Brothers, died Saturday at his home in Nashville. He was 84.

A spokesperson for the Everly family confirmed Don’s death to ABC News.

A statement from the Everlys reads in part, “Don lived by what he felt in his heart. Don expressed his appreciation for the ability to live his dreams-living in love with his soul mate and wife Adela, and sharing the music that made him an Everly Brother. Don always expressed how grateful he was for his fans.”

Together with his brother Phil, Don — born Isaac Donald Everly — scored a string of major hits in the late ’50s and early ’60s, including such classics as “Wake Up Little Susie,” “Bye Bye Love,” “All I Have to Do Is Dream,” “Bird Dog,” “Cathy’s Clown” and more. The brothers’ tight harmonies and melodic tunes influenced many other famous artists, including The Beatles, The Bee Gees, The Beach Boys and Simon & Garfunkel.

While many of The Everly Brothers’ biggest singles were written by the husband-and-wife team of Boudleaux and Felice Bryant, Don also wrote a number of the duo’s hits, including “Cathy’s Clown,” “(Till) I Kissed You” and “So Sad (To Watch Good Love Go Bad).”

The brothers had their last Top 40 single in 1967 with “Bowling Green.” Then, in 1973, Don had an acrimonious split with Phil and the two reportedly didn’t speak to each other for a decade. They reunited in 1983 and had a minor hit the following year with the Paul McCartney-penned tune, “On the Wings of a Nightingale.”

The Everly Brothers were part of the inaugural class of Rock and Roll Hall of Fame inductees in 1986 and were the first non-solo act to join. In addition, Don and Phil were inducted into the Country Music Hall of Fame in 2001.

The duo toured as the special guests of Simon & Garfunkel in 2003 and 2004. They played their last show together in 2005 in the United Kingdom. Phil died at age 74 in January 2014 of complications from chronic obstructive pulmonary disease.

In addition to Adela, Don is survived by his mother, Margaret; his son, Edan; daughters Venetia, Stacy and Erin; and six grandchildren.