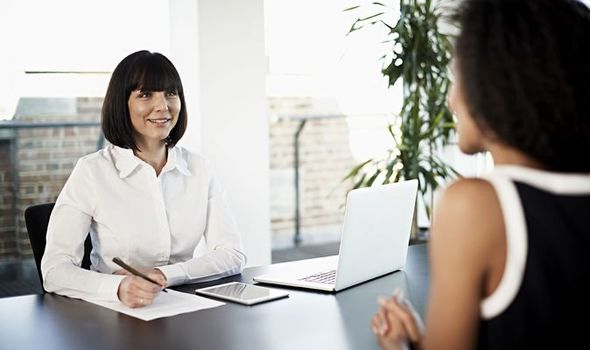 It emerged the average adult gets hot under the collar four times a week, with these awkward moments most likely to take place in the workplace (42 percent), followed by in public (34 percent). But the research, commissioned by Sure, found nervous Brits are more likely to be stressed out than excited by most scenarios.

Blind dates, taking part in an important sports match, answering a phone, returning to the office and a job interview are more likely to be considered stressful experiences instead of exciting.

However, telling someone you love them or seeing friends you haven’t seen in a while are considered exciting rather than stressful.

Alice Duffill, from Sure, which commissioned the research as part of The UK Confidence Report, said: “We all have stressful or nerve-wracking moments that are also exciting.

“In these situations, or just in everyday life, we are really tested, and it results in us physically heating up.”

The study also found that to calm down after getting hot under the collar, 39 percent will take deep breaths, 34 percent will stop and take things one at a time and 27 percent will go outside for some fresh air.

But while we are most likely to feel relieved (61 percent) after making it through the other side of a stressful situation, we are three times more likely to be worn out than energetic.

Four in 10 also admitted they are a nervous or anxious sweater – breaking into a sweat when caught off guard.

As a result, Britons give themselves a pep talk, wear an outfit they love and use an antiperspirant they trust to boost their confidence and reduce the nerves.

Other ways to prepare for a stressful or pressured situation include taking care of your appearance by wearing makeup or styling their hair, or going to an early morning workout class.

However, the survey also revealed two thirds (66 percent) wish they had more confidence.

As a result, 38 percent of those polled via OnePoll, to celebrate the launch of Sure’s Advanced Protection range, look up to others for a confidence boost, with 53 percent admitting they get stressed or anxious easily.

A fear that they’ve just embarrassed themselves (42 per cent) is the most likely reason for feeling stressed or under pressure, followed by being afraid of making mistakes (39 per cent) and a desire to perform at their best (31 per cent).

Alice Duffill added: “Life comes with a rollercoaster of emotions, some of the most

exciting times can also be nerve-wracking – but that’s what ultimately makes them feel so special.

“They normally mark a change and it’s times like those you need the added confidence boosts.”

Top 10 things that make Brits feel hot under the collar

2. Being caught off guard

3. When something doesn’t go to plan

5. Being the centre of attention in a big crowd

6. Meeting someone for the first time

7. Going on a first date

8. Doing a performance such as singing or acting

9. Trying something new for the first time

10. Being the first person to arrive at an event