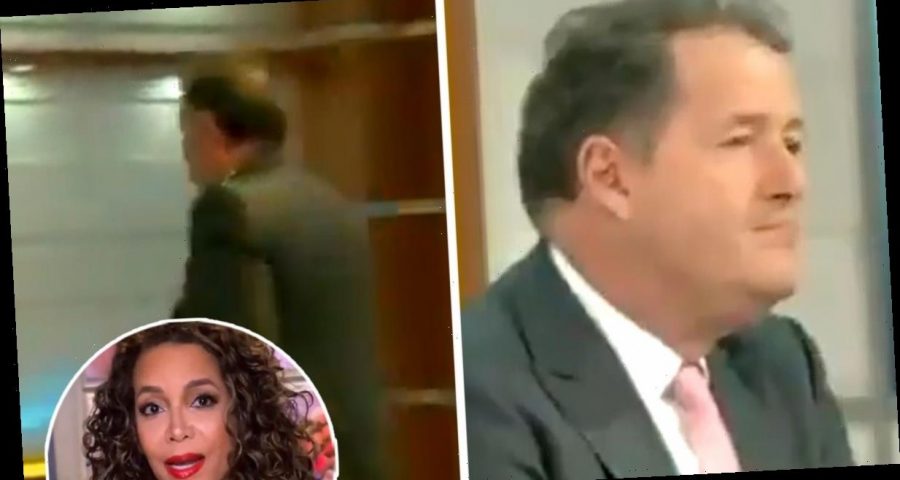 “The View’s” Sunny Hostin and Sara Haines had some thoughts on Piers Morgan storming off the set of “Good Morning Britain”.

The ladies of “The View” got into the topic on Tuesday’s episode after Morgan was confronted by GMB co-host Alex Beresford about the controversial comments he made about Meghan Markle following her and Prince Harry’s interview with Oprah Winfrey — prompting the British journalist to abruptly exit the show.

“One thing I do want to say is watching him walk off like that…isn’t it interesting that Piers Morgan can walk away from a slightly uncomfortable situation,” Hostin began, “but Prince Harry and Duchess Meghan cannot walk away from more than a slightly uncomfortable situation but a situation that put her mental health life at risk and really the life of their child because he didn’t receive protection from the Royal family.”

“I thought that was quite interesting of Piers,” she added.

Hostin and Haines also speculated on the root cause of Morgan’s apparent “obsession” with Meghan, referencing Morgan’s claim he went out with Meghan the same night she first met Harry.

“When you are so outraged at the disloyalty of Harry and Meghan but you are not outraged by the racism and the mental health crisis she addressed, you are showing me who you are,” Haines said. “The fact that Piers Morgan supposedly went out with Meghan the day she met Prince Harry and he never heard from her again and you can hear the wounded…that made more sense to me because he trashes her nonstop and he clearly cannot separate himself from that ego hit.”

Hostin then provided evidence to support why Morgan seems to be “all up in a bunch” about Meghan by showing a clip from when the Brit appeared on “The Late Late Show” back in 2018. During his appearance, Morgan detailed a night in which he said he had drinks with Meghan, before she then went off to a party where she met Prince Harry. Morgan claimed he never heard from her again.

“So I suppose that his obsession with her is based on his own fragility, isn’t it?” Hostin said, before taking an actual sip of tea.

Soon after the on-air confrontation Morgan quit “Good Morning Britain” after serving as a lead anchor since 2015. A statement was released after news of the exit broke: “Following discussions with ITV, Piers Morgan has decided now is the time to leave Good Morning Britain.”

Meanwhile like Hostin, many people ripped Morgan on social media after he stormed off the set of GMB with several users calling him a “baby.”

“So does this mean that if a situation is too much for you to handle, leaving is acceptable?,” a person tweeted, echoing Hostin’s remark.

“Watching the loathsome toad @piersmorgan walk off television like a big sulky baby as he is called out for his years of spewing vile, toxic bullshit brought me immense joy,” another wrote. “The only thing that could bring me more is if he never came back. We would all be so much better off.”

“Piers Morgan couldn’t last 70 seconds of criticism from his own co-worker but expected a Meghan Markle to tolerate years of racist tabloid coverage, and death threat?” a user added. “Wow! White men are the most racist and fragile species on this planet.”

“So Piers Morgan walked off set because he couldn’t take his medicines and Trump hid portraits of former presidents ? Man babies,” another person said.