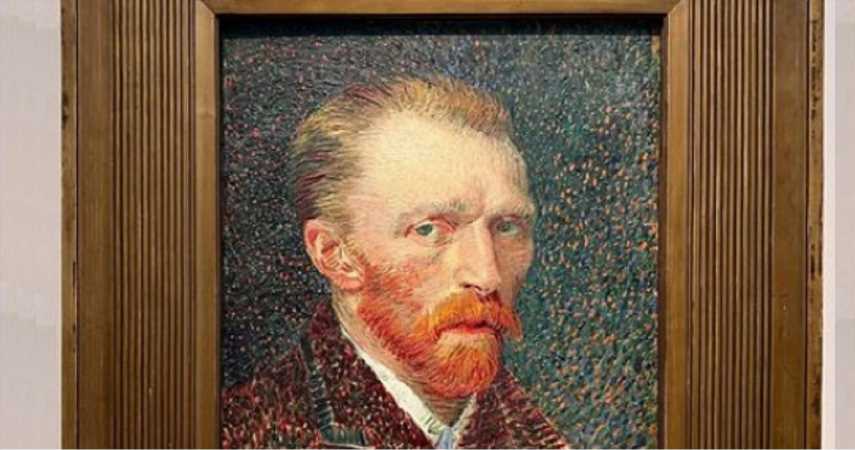 Dutch Post-Impressionist Van Gogh is among the most popular and influential figures in the Western art history. In a span of a decade, he was able to create about 2,100 art pieces which included 860 oil paintings and most of these paintings date back from the last two years of his life. He is among the most influential painters that there was even a movie that depicts his life titled Van Gogh: Painted with Words which was released on 2010. The Dutch artist has created numerous painting and among his most expensive paintings ever sold are listed below.

RELATED: The 8 Most Expensive Monet Paintings Ever Sold

Vue De Lasile Et De La Chapelle Saint-Paul De Mausole is among the most expensive painting by Van Gogh which was sold for $35 million at Christie’s New York in 2018. The painting was created on 1889 and depicts the Twelfth-Century Romanesque chapel and tower at the entrance of Saint-Paul-de-Mausole. The impressionist painter has painted the art piece while an asylum attendant was keeping an eye on him.

L’Arlésienne, Madame Ginoux is among the most expensive painting of Van Gogh that was sold for $36 million at Christie’s New York in 2006. The name Madame Ginoux is the title given to the painting which depicts the landlady of Van Gogh, Marie Ginoux. Van Gogh stayed with Paul Gauguin at the Café de la Gare for several months during the year 1888 which was owned by Marie Ginoux and her husband. At the time, they had a portrait session however Paul Gauguin only produced the charcoal painting of the madam. While most of the pieces on their series belong to the museums across the world, the portrait of Madame Ginoux with some books was sold and is now part of a private collection. This painting is already considered among the most expensive which is high priced compared to the Van Gogh painting which has been unseen for 100 years which was sold for $15.4 million.

Paysage sous un ciel mouvemente was sold at the Sotheby’s in New York for $48 million in 2015. The painting depicts a dramatic and atmospheric nature which conveys the feeling of restlessness of anticipating. The dark cloud on the painting is somewhat disturbing the colorful and beautiful landscape as the field workers is in a hurry to finish the harvest before the storm came. There is a thick layer of vibrant colors on the painting dominating the painting which represents one of the finest painting made by an artist during the Arles era. This painting might seem expensive but it is nothing compared to the Rembrandt painting which costs $240 million.

Nature Morte, Vase Aux Marguerites Et Coquelicots was sold at Sotheby’s New York for $55 million in 2014. The painting which was created in June 1890 during the peak of Van Gogh’s career depicts a richly-colored bouquet of flowers. The painting also depicts some poppies, cornflowers and daisies on the painting. The painting is teeming with a visual drama and emotion and exemplifies the creative genius of Van Gogh at the culmination of his career. During this period, Van Gogh painted the most powerful paintings of his career. The impressionist painter painted the art piece at doctor Gachet’s house which was most likely an exchange for his medical treatments.

Portrait de l’artiste sans barbe was sold at the Christie’s sale in New York for $65 million in 1998 and it was the most expensive artpiece which was sold at the time. Portrait de l’artiste sans barbe is said to be the last self portrait that Van Gogh ever painted. His artwork represented as the birthday gift of Van Gogh to his mother who is also an artist. He has created the artwork right after he just shaved his beard after he was admitted to a hospital when he cut off his ear. It was painted on 1889 using oil on a canvas.

According to BBC, the L’Allee des Alyscamps was sold for $66 million at the Sotheby’s New York and bought by a private Asian collector. Numerous paintings have been sold at Sotheby’s New York including paintings by Monet, and Picasso.The painting is the short yet fruitful collaboration of Van Gogh with Paul Gauguin which eventually resulted to numerous relevant art pieces. It was painted in 1888 on Arles, France and depicts the ravishing colors of the fall season in their entire splendor. It also features the ruins of Romanesque sarcophagi which can be seen peeking down on the promenade while people are walking by. The vibrant piece was made just one month prior to impressionist Van Gogh cutting his ear.

A post shared by Artist For A Week (@artistforaweek)

Laboureur Dans Un Champ is the second most expensive painting made by Van Gogh that was sold for $72 million at Christie’s New York in 2017. A year prior to his death, Van Gogh lived in the asylum named Saint-Paul-de-Mausole. The painting has depicted the sceneries which were seen by Van Gogh from his asylum window every morning from 1889 until 1890. The painting depicts a ploughman who is tilling the soil on the wheat field. This can be compared to the Jean-Michel Basquiat painting which is being sold for $70 million by Yusaku Maezawa.

The portrait of Docteur Gachet has topped the lists when it was sold for $75 million in 1990 during Christie’s auction in New York which was bought a private collector. The artwork depicts the doctor just sitting at the table while his head bowed and leaning towards his arm. The homeopathic doctor and artist Gachet has resided with Van Gogh following a spell in the asylum located at Saint-Rémy-de-Provence. Gachet took care of the artists during his final moments on earth.

READ NEXT: 10 Most Expensive Paintings Ever Sold At Auction