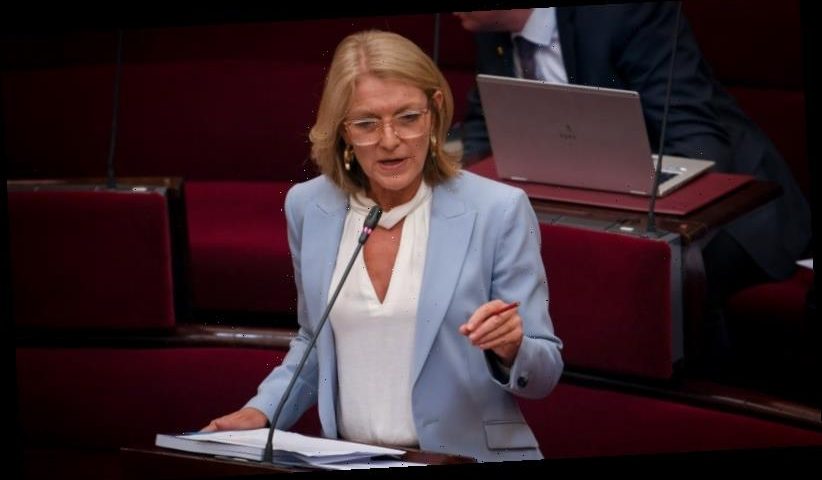 The Andrews government’s push to extend its state of emergency powers for nine months is doomed in its current form after key crossbencher Fiona Patten said she would vote against it.

The state of emergency is due to expire next month but Premier Daniel Andrews announced on Tuesday morning his government would introduce a bill to extend it to December. 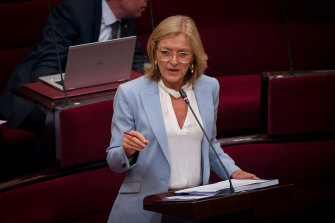 “We can’t go to a situation where there are no rules,” Mr Andrews said.

Ms Patten, the Reason Party upper house MP who voted with two other crossbenchers in favour of extending the powers in September, said she was firmly against the latest proposal and called instead for coronavirus-specific laws.

“I was very clear last year that I would allow for a six-month extension. But in that time, I wanted to see the government develop COVID-specific regulations to keep us safe and keep us open,” she said.

“We cannot go another 12 months living in a so-called state of emergency. That is not normal life. So at this stage, I can’t support the bill.” 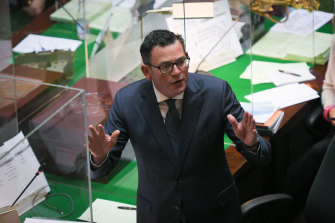 Premier Daniel Andrews said he was confident the state of emergency extension would make it through Parliament.Credit:Eddie Jim

In September the Andrews government’s initial attempt to extend the state of emergency for 12 months was reduced to six months and it passed only once Greens leader Samantha Ratnam made a surprise return from maternity leave to give the government a third, decisive “yes” vote alongside Ms Patten and Animal Justice Party MP Andy Meddick.

The trio’s similar support on laws that ban gay conversion therapy will allow them to pass Parliament, but they are less supportive on the state of emergency extensions.

Ms Patten said it was unrealistic to think coronavirus-specific measures such as hotel quarantine would no longer be required after December.

“This is not going to end at the end of this year. So what will we do? Go back and extend the state of emergency? No, we need to do something different … we don’t want to live that heightened state of emergency,” she said.

Mr Andrews compared the nine-month extension to building a bridge until all Australians are vaccinated in December, and said continuing the current rules was “common sense”.

But he indicated there would need to be discussions with other parties to get his legislation through.

“We will now engage as we always do … and we’ll get a very good outcome, I’m very confident of that,” the Premier said.

Opposition upper house leader David Davis repeated his party’s criticism that a nine-month extension was a “grab for power by Daniel Andrews”.

“He is drunk on power … we say nine months is too long. Month to month or three-monthly extensions are much more justified,” he said.

Victoria was under the more extreme state of disaster, which enables the government to impose tough rules such as a night curfew, from August 2 until November 8 last year in response to the second wave of coronavirus. The government does not plan to reintroduce those powers.

Ms Ratnam said she would negotiate with the Andrews government on its proposal, but would not commit to blank-cheque support.

“We have concerns about some elements of the government’s recent response – including large fines given to minors, police heavy-handedness and Victorians being locked out and unable to return home over the new year period,” she said. 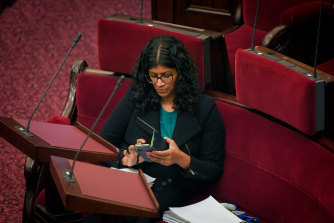 “My last vote on the state of emergency involved a lot of consultation and consideration of the health advice. I plan on following the same process, and given my office is yet to receive the bill, I will be waiting to form a final position,” he said.

Also on Tuesday, the final report from a parliamentary committee’s inquiry into Victoria’s COVID-19 response was released. The official report by the committee of five Labor MPs and five opposition and crossbench MPs found Victoria was poorly prepared for a pandemic, highlighted by its failure to regularly review pre-pandemic plans, but it scaled up its health services effectively.

However, three Coalition MPs and Liberal Democrat Mr Limbrick penned a minority report that was scathing of the government, in particular the state’s contact tracing system.

Liberal MP and deputy chair of the parliamentary accounts and estimates committee Richard Riordan said: “Nothing short of a royal commission is required to properly interrogate the Andrews Labor government and put Victoria’s abysmal response to the COVID-19 pandemic under the microscope.”